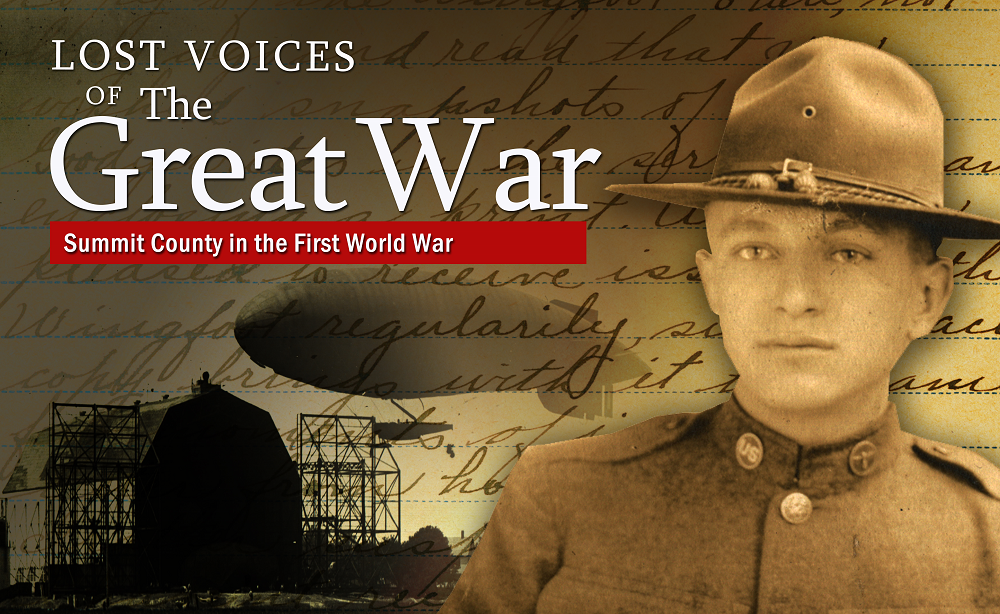 Toivo Motter is a historian & Education expert, who works as Director of Education at the Stan Hywet Hall & Gardens, in Akron, Ohio. He and his colleagues were very interested in telling the story of World War I's dramatic impact on their region. Toil, himself, has experience working with public television, so he proposed making a film. They loved the idea, pooled resources, called in favors, and collaborated their efforts -- with great success. Their pinnacle triumph is a full-length television documentary film, LOST VOICES OF THE GREAT WAR, which aired locally, and be found at www.pbs.org/video. Interestingly, even though the film was produced to tell a regional story -- they found that the experiences of the folks from their community reflected those of others around the state, and throughout the entire country. So, in addition to the film, they also created a short video segment on the “archivist’s role” about the creation of the documentary, along with 3 lesson plans that were created to provide teachers and their students an opportunity to explore in greater depth a few of the stories and sources that were touched upon in the film. We had an opportunity to talk to Mr. Motter about the experience of creating this great new film, and how the film & all the materials have been received.

Tell us about the great new documentary film. 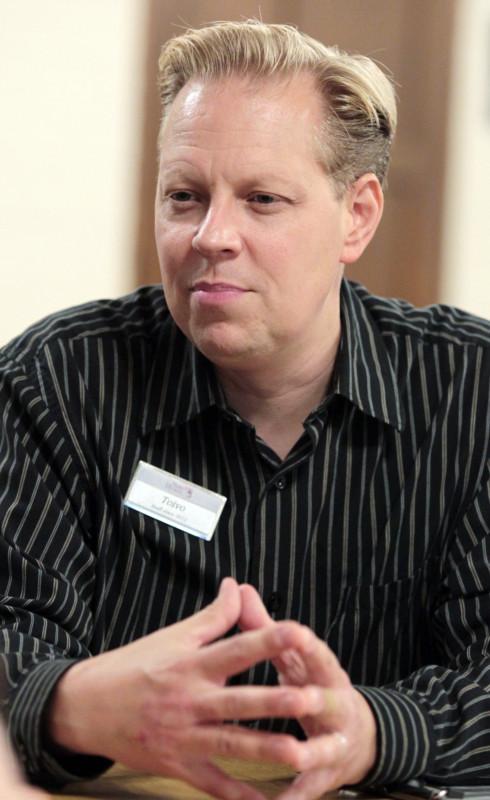 Toivo MotterThe recently Emmy-nominated film, Lost Voices of the Great War: Summit County in the First World War https://www.pbs.org/video/lost-voices-of-the-great-war-summit-county-in-wwi-2hem5i/ recounts the forgotten story of Summit County, Ohio residents’ experiences at home and overseas during the First World War; a period of great change in our community’s history. The story is told mostly through participants’ letters, diaries, and memoirs. An accompanying segment, Finding Lost Voices https://www.pbs.org/video/finding-lost-voices-the-archivists-role-3ltkzd/ touches on the role that local archives play in the collection and preservation of these stories. The film premiered in downtown Akron, Ohio on October 30, 2018 and was screened a second time at the Ohio Statehouse on November 11. It was then broadcasted regionally on Western Reserve PBS https://westernreservepublicmedia.org/lost_voices_of_the_great_war_summit_county_in_the_first_world_war.htm.

Tell us about how the film came to be. What was your research and pre-production process for putting it together?

The project came about as a result of a community partnership, Summit County and the Great War http://summitwwi.org/. And, while some of the resources came from partner collections like Stan Hywet Hall & Gardens https://www.stanhywet.org/ and the University of Akron’s Archival Services, https://www.uakron.edu/libraries/archives/, additional outreach uncovered a wealth of new material that allowed us to tell a more inclusive story.

Once everything was collected, assembled, digitized and/or transcribed, we wove together expert interviews and excerpts of historic letters and memoir entries, later brought to life by voice actors. Both national and locally sourced archival photographs, historic films and recordings gave the film authenticity while modern-day reenactments and contemporary performances of WWI-era songs enhanced the film’s poignancy.

Tell us how your audiences are responding.

Since its debut, our community has responded extremely positively and many have expressed an interest in learning more. Several individuals have even discovered that they have a family connection to one or more of the film’s personalities and have promised to donate their collections to local archives!

What do you want audiences to take away from the film? Why are these stories relevant today?

Even though the story is about our community, the film addresses themes that resonated throughout the entire country at the time; many of which we’re still challenged with today including free speech issues, changing gender roles, racism and prejudice. We hope too that by telling the story mostly through their own voices, audiences will connect personally to those who faced similar situations 100 years ago and discover more similarities than differences.
The film, along with a supplementary viewing guide and lesson plans for the classroom can be found on www.pbs.org/video. 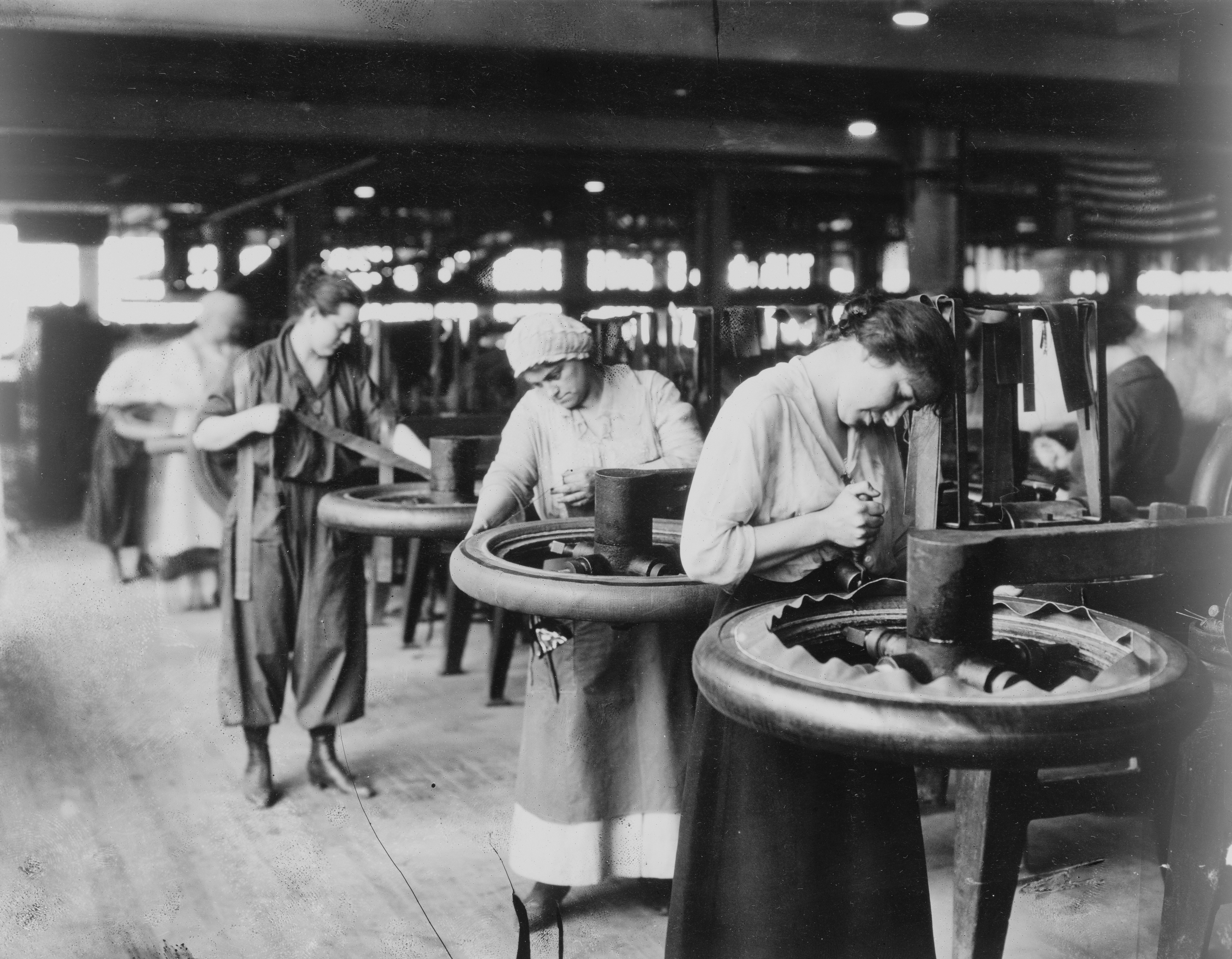 Women making tires in a Summit County, Ohio factory, during World War I.