Animals in World War I with Leah Tams

In April 26th's edition of the World War I Centennial News Podcast, Episode 120, host Theo Mayer interviewed Leah Tams, a Program Associate based at the University of Mary Washington in Virginia, about a very interesting animal contributor to the American war effort. The following is a transcript of the interview, edited for clarity:

Theo Mayer: Of course, Sergeants Stubby and Rags are legendary, and Sergeant Stubby was recognized with his own animated feature film, Sergeant Stubby, An American hero. Cher Ami, the messenger pigeon of the last battalion saga has been a favorite, and we've featured a couple of segments on how pigeons have been revered and reviled throughout history. What about legless and wingless friends who served in World War I? What am I talking about? Is it snakes? Nope, it's not snakes. Here to tell you about a very unexpected friend from the animal kingdom who served in World War I is Leah Tams, Program Associate at the University of Mary Washington in Virginia. She's working on a number of programs, including an initiative to develop multi-campus team talk distance learning liberal arts seminars. Before that, she was a James Lollar Hagan intern at the Smithsonian's National Museum of American History, where she did some interesting study about animals in World War I. Leah, welcome to the podcast.

Leah Tams: Hi, Theo. Thanks for having me. 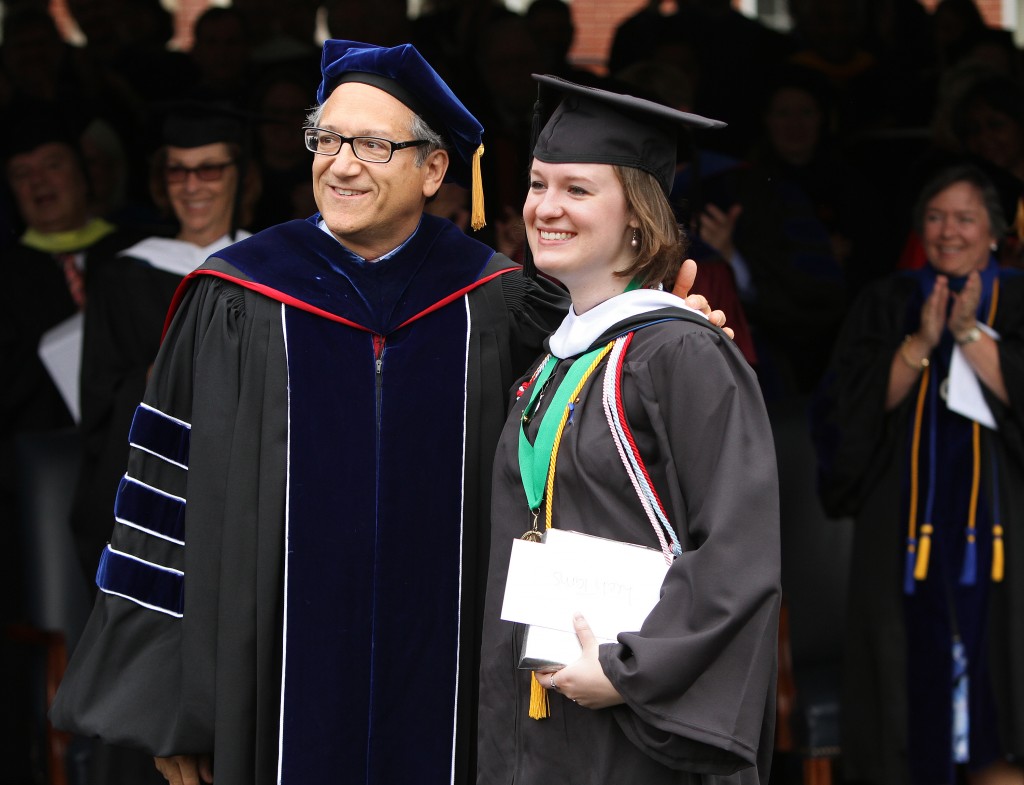 Leah Tams: I am the program associate for a grant funded project called COPLACDigital. COPLAC is the Council of Public Liberal Arts Colleges, and so that speaks to sort of the multi-campus team taught project that you mentioned before. So essentially, I have helped train a small group of faculty from different public liberal arts colleges across North America, and we taught them some digital history tools and methodologies and then helped them develop courses together and then offer those courses to students at all of these different public liberal arts institutions.

Theo Mayer: When you were an intern at the National Museum of American History, you had a chance to do some research on World War I. How'd you wind up focusing on animals?

Leah Tams: Well, it was purely by accident, because I was actually there to research the different roles that American women played in World War I, but as I was looking through the Smithsonian's collections and identifying objects that we could use in the online exhibit I created, I kept coming across a lot of objects and archival materials that featured animals very prominently. I myself am an animal lover, so of course I wanted to do a small side project about animals in World War I. 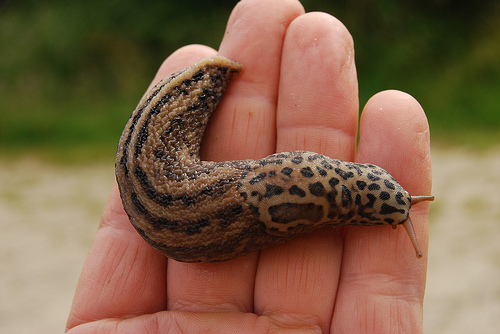 Leopard slugs are extremely sensitive to mustard gas, which made them surprisingly useful to the U.S. Army in WWI. Theo Mayer: Okay, Leah. In the set up, I mentioned a surprising legless, wingless animal that served in World War I. What is it and how did they serve?

Leah Tams: So it's not snakes. It's actually slugs, which I was very surprised when I found out. So the slugs that served in World War I were Leopard Slugs, also known as great gray slugs. Essentially, they served as mustard gas detectors for American soldiers in the trenches. There was a curator by the name of Paul Bartsch at the Smithsonian's US National Museum, which is now the National Museum of Natural History. He kind of discovered this purely by accident. He had some of these slugs at his home one day, and they escaped from the enclosure that they were supposed to be in and got into his furnace room. When he discovered the slugs in his furnace room, they were acting very distressed. Specifically, they were doing some very odd movements with their tentacles to show their distress. He kind of thought, oh, okay. That's interesting, and then didn't think about it for a few years until the United States entered World War I in 1917. He thought, oh, this could actually be pretty useful. So he went back and did some quick experiments to see if the slugs were as sensitive to mustard gas as they were to the fumes in his furnace room. He discovered that they were extremely sensitive, much more so than humans, and possibly even more sensitive than other animals used for gas detection like dogs. So he let the US Army know, and then the slugs were sent off to the trenches, and they helped the soldiers by observing the slugs and seeing if they made these very characteristic distressed movements with their tentacles could alert the soldiers that they needed to put their gas masks on before they were exposed to harmful levels of gas.

Theo Mayer: This is a story I literally had never heard before. Gastropod gas detectors. It's got kind of a ring to it. When you did your research, what other things surprised you?

Leah Tams: Honestly, what surprised me the most was just the sheer number of animals that served in World War I, because now we're living in the age of technology where animals don't really have the same place in war that they did back in World War I. Definitely what stuck out the most to me were these odd animals that served, like slugs, or oftentimes there were mascots for different regiments. The mascots could be very interesting.

There was one unit called the Lafayette Escadrille which were basically American volunteers who went over to France. Their mascots were actually lion cubs, so I thought seeing all the different mascots, some were bears, some were foxes that were actually with the regiments was pretty cool too.

Theo Mayer: We featured a story where the Aussies brought kangaroos to the Middle East, so they had these roos, those mascots.

Theo Mayer: Thank you for joining us, Leah. Leah Tams is a Program Associate at the University of Mary Washington. We have additional links for you in the podcast notes about animals in World War I.