In May 24th's edition of the World War I Centennial News Podcast, Episode 124, host Theo Mayer interviewed Dr. Kate Clarke Lemay, a historian at the National Portrait Gallery in downtown Washington, D.C. Dr. Lemay curated the new "Votes for Women: Portrait of Persistence" exhibit at the Portrait Gallery. Read on to learn more about the exhibit, the history of the women's suffrage movement, and how the movement intersected with World War I. The following is a transcript of the conversation, lightly edited for clarity:

Theo Mayer: We're coming up on another a very important centennial, in large part affected by the war that changed the world. That's the centennial of the American woman's right to vote. In the coming weeks, we're going to be covering this in much more detail. But to get us going, today, we're joined by Dr. Kate Clarke Lemay, a historian at the Smithsonian's National Portrait Gallery where she directs its scholarly center portal. The Gallery has a new exhibit that opened on March 29th that will run through the end of the year called "Votes for Women: Portrait of Persistence." The exhibit will outline the more than 80-year movement for women to obtain the right to vote as a part of the larger struggle for equality that continues through the 1965 Civil Rights Act and up through the present day. Kate, welcome to the podcast. 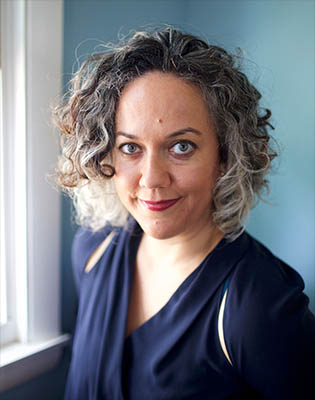 Dr. Kate Clarke LemayKate Clark-Lemay: Thank you for having me.

Theo Mayer: Kate, before we get into the exhibit itself, could you give us a quick profile of the National Portrait Gallery, its history, mission, what it offers the public?

Kate C. Lemay: The National Portrait Gallery endeavors to tell the story of America through biography, so we are a history museum and an art museum, and in that sense, we use portraiture to demonstrate the impact of individuals in American history.

Theo Mayer: Now, onto the exhibit, "Votes for Women, a Portrait of Persistence." Can you tell us about it and how it came to be?

Kate C. Lemay: Sure. I'd be happy to. I proposed this exhibition way back in late 2015, so I was working on it for almost four years. I knew that the 2020 centennial anniversary of the 19th Amendment was a golden opportunity to really focus on American women's history and put it in the spotlight in a way that has not been done before. I jumped at the chance to put this exhibition together. It has 124 objects, and it features more than 60 portraits, so more than 60 different women. 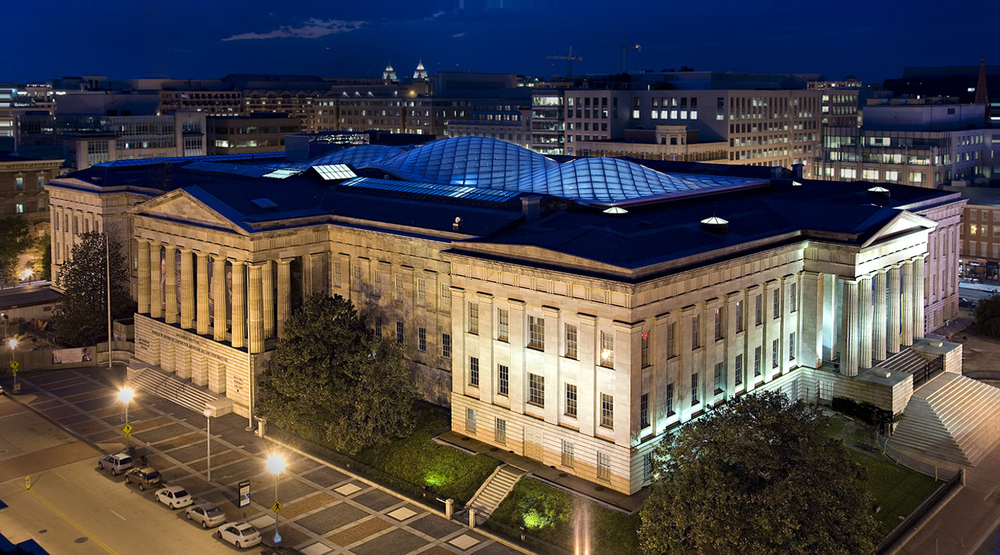 The National Portrait Gallery in downtown Washington, D.C. Theo Mayer: Can you tell us about some of them?

Kate C. Lemay: I'd be happy to. You might have heard of Susan B. Anthony and Elizabeth Cady Stanton, but the idea that the women's movement started in 1848 is really a myth because these two women didn't even know each other in 1848. They only met in 1851, which is not to say the 1848 convention in Seneca Falls is not important because it is. It was the first national meeting of women in America. But the suffrage movement started long before that decade, and really different historians have different ideas about when it started. Some back date it to the 18th century. I decided to start the exhibition well before 1848, in fact, with 1832 because I wanted to look at the abolitionist influence on the American women's suffrage movement. In that case, I was able to really hone in on several biographies of African-American women including Frances Ellen Watkins Harper who was a great poet and essayist and also Sarah Parker Remond who also was an author and who was a precursor to Rosa Parks. She successfully sued a Boston theater for ejecting her for being African-American. So there's a lot of different biographies in the exhibition. They're not necessarily limited to a strict focus like suffrage. These were women of the 19th century that were advocating for all sorts of different rights. The American women's suffrage movement didn't get pinpointed to focusing on suffrage until after the 15th Amendment was ratified in 1870.

Theo Mayer: The women's suffrage movement in the US and World War I intersected in time, and President Wilson's attitude towards it evolved over that war period. Can you talk about that a bit?

Kate C. Lemay: Sure. The women suffragists were picketing the White House. They were the first political group to do so. They were non-violent, but they were standing in front of the White House. At first, in 1917, in January, he (Wilson) thought that it was sort of cute and asked them in for coffee. And then later in April, the United States, of course, enters World War I. The suffragists start to take Wilson's own words and put them on banners and accuse him of being a hypocrite because he's ostensibly fighting for democracy globally, and yet, he's not enfranchising half the population of the United States. And so it was a very effective way to advocate and to make headlines and to upset people who were patriots and who considered any attack on the President was almost like treason. That is when the suffragists actually start to get arrested and put into jail, and the violence continues and escalate.

Theo Mayer: I ask this question a lot. As you came into the project and now that the exhibit's opening, is there a single lesson learned or a story that sticks out for you, perhaps one that surprised you? 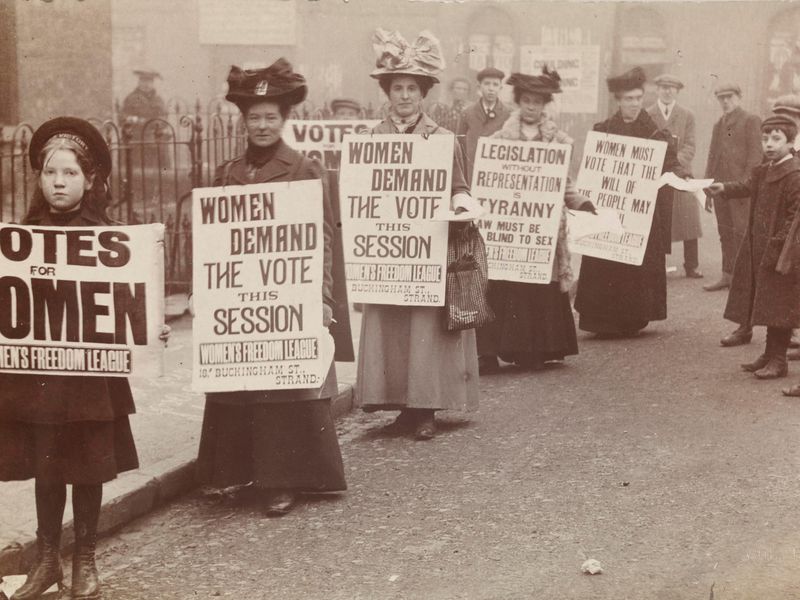 During WWI, women assembled outside of the White House and called out President Wilson for his hypocrisy regarding their rights Theo Mayer: In your opinion, what's the most important thing our listeners should remember about the struggle for women to get the vote, at large?

Kate C. Lemay: I think that it's really a portrait of persistence, which is the title of the exhibition. It's a lesson learned in how to persevere. If you care about something that you want to change, part of it is to make sure that you act and organize, and you can look at the historical record to see all of these really interesting stories, all these really interesting women, a variety of backgrounds who did this to achieve the 19th Amendment.

Theo Mayer: Now, this movement was a global movement. It happened everywhere. How would you characterize the interaction of the suffrage movement in America with that of other places?

Kate C. Lemay: Sure. American suffragists were looking to women of New Zealand who were enfranchised, given the right to vote in 1893. Of course, to the British suffragettes who were enfranchised in 1918 and who were using much more militant tactics that included violence to achieve their goal. Even though is was only in 1920 that the United States ratified the 19th Amendment, American women, I believe are among the first, if you will, because if you think about a country like France, they didn't even enfranchise women until 1946. It took a second world war to catalyze their society to change and give women the right to vote. There's a long history about women's suffrage globally. That in itself deserves its own exhibition for sure.

Theo Mayer: Okay. Thank you for coming in and for telling us about the exhibit and the story behind it.