By Phillip Dehne
via the Washington Post newspaper web site

Though World War I officially ended 100 years ago today with the signing of the Treaty of Versailles, in its overwhelming influence on economic sanctions since 1919, the Allied blockade never really stopped. While it’s the narratives of destruction and change, from the bloodbath of the Somme to the triumph of Vladimir Lenin in Russia, that have captured the public imagination about the war, the way the war transformed economic warfare should also be seen as one of its central legacies, one that continues to shape international relations today. 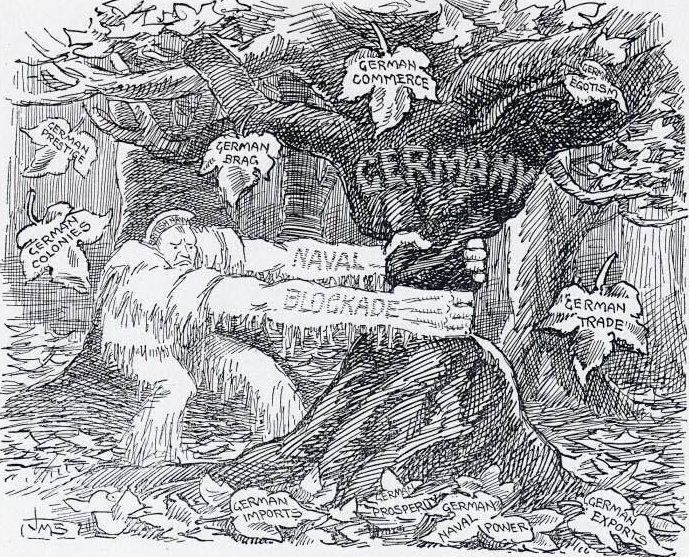 In particular, the war launched a new style of economic blockade. Practiced most avidly by the United States, economic sanctions now include attempts to curtail North Korean coal exports, freeze the assets of Russian oligarchs and limit the ability of Venezuela to import equipment for its disintegrating oil industry. Economic coercion is now a widely accepted tool of first resort when dealing with foreign foes — though its utility and effectiveness are endangered by the Trump administration’s unwillingness to build support for sanctions among allies.

During World War I, the coalition warfare led by Britain, France and eventually the United States aimed to control access to international trade and finance, and relied largely on nonmilitary methods of enforcement. The “Inter-Allied Blockade” did not entail besieging enemy ports, but rather meant identifying and confiscating German goods on the high seas, denying credit on international bankers’ ledgers and using controls over global shipping assets and supply chains to attempt to permanently disrupt Germany’s commercial connections in overseas markets.

For example, jute importers and wool exporters in neutral Argentina avoided trade with local German merchants who were on Allied blacklists, fearing that otherwise they would be blacklisted themselves and lose access to shipping and international banking. As a nearly global effort against their enemies, the Allied economic campaign helped to undermine German resilience.

The blockade begun by the British in 1914 intensified as they drew their allies into the effort. It developed through official collaboration both at the highest level, in meetings in Paris and London, and also on the local level between Allied diplomats and business executives in Buenos Aires and Shanghai. Everywhere this Allied cooperation occurred, it ratcheted up pressure on German commercial and financial interests.

This strategy suggested warfare could happen without direct military action. For statesmen reeling from the carnage of the battlefields, this was a hopeful prospect. At the Paris Peace Conference that ended the war, wartime blockaders wrote economic war into the founding document of the League of Nations. Looking to enhance the possibility of peace between countries, the League’s “Covenant” envisioned automatic and universal economic sanctions against any peace-breaking nation.