PARIS – June was an exciting month for one local school teacher and history buff. 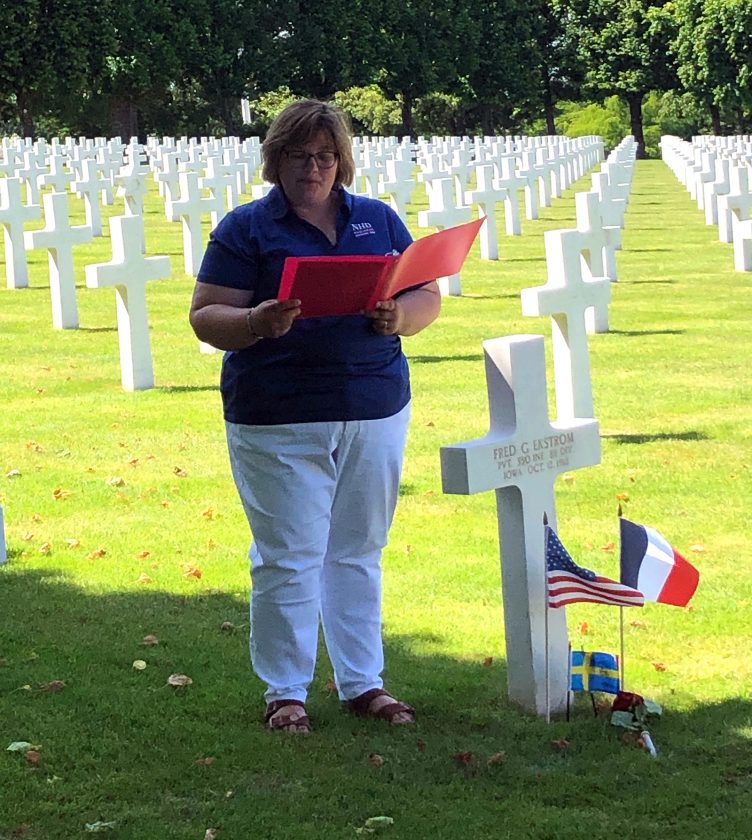 “We’ve spent our time going through all of the American cemeteries and speaking with superintendent’s of those cemeteries,” Jackson said. “It’s been such a rich time of learning, not only about World War I but also collaborating with other teachers.”

The program included 16 other U.S. teachers. Jackson was chosen out of 334 applicants to take the trip. Along with American cemeteries, the group also checked out German war trenches, chapels, monuments and more.

This year is of particular significance when it comes to World War I. Exactly 100 years ago Friday, the warring nations signed the Treaty of Versailles, bringing an end to one of the bloodiest wars in human history.

The treaty was monumental in 20th century history. According to National Geographic, the treaty included harsh terms for one of the primary nations in the conflict — Germany.

Specifically, the treaty stripped a large chunk of land from German territory, dwindled the country’s military and demanded war reparations totaling about $37 billion in U.S. dollars, among other demands.

Many historians say the treaty was, in part, responsible for the dire financial situation Germany soon found itself in. With an economy struggling mightily, figures like Adolf Hitler were able to rise and take power.

Jackson said it was interesting to see the areas directly impacted by World War I and to think about how decisions made 100 years ago shaped future events.