Dwight David Eisenhower on the 1919 military convoy that ran from the East to the West Coast on the Lincoln Highway.

When the American Expeditionary Forces, the AEF, went to Europe to fight in WWI, a number of commanders were struck with the strategic importance of transportation infrastructure. Troops got moved through the regions by water, rail AND roads in ways that were strategically critical.

In 1919 there was no functional national road system in America! All major transport was via rail… so with the emergence of internal combustion engine driven technologies like trucks and tanks, it became clear to several commanders that their own homeland was vulnerable for lack of road based infrastructure.

As a young officer in World War One, George S. Patton was part of the newly formed United States Tank Corps of the AEF. He was commanding the U.S. tank school in France before being wounded while leading tanks into combat near the end of the war.

State-side another young officer - a 1915 graduate from West Point named Dwight D. Eisenhower who was put in charge of a unit that trained Tank crews in the US.

During the interwar period, Patton and Eisenhower struck up a friendship. As two young “new style” officers, the guys bonded over their shared military enthusiasm their love of military strategy - but most of all - they were both head-over-heels into the new battlefield power tech of TANKS.

With that as a setup - let’s jump into our Centennial Time Machine and go back 100 years to an interesting story that plays out during the aftermath of the WAR THAT CHANGED THE WORLD! The segment was prepared by podcast researcher and writer - David Kramer and is called - Ike’s Big Road Trip!

In July of 1919, it would be hard to image a world where you might casually take a road trip across the nation - let’s say from Washington DC to San Francisco…

You’d never imagine jumping into a reliable and air-conditioned machine - with adaptive stop-n-go cruise control - with a hybrid-gas-electric power train - a magical map that guides you to your destinations - let’s you know where to refuel, suggests the “best placed to eat” along the way as you listen to music being curated for you on the fly and making the whole trip at a pretty leisurely pace, in voila - in under 5 days - it’s hello Pacific! 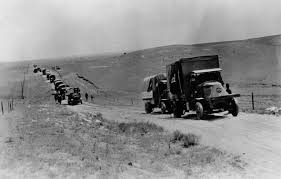 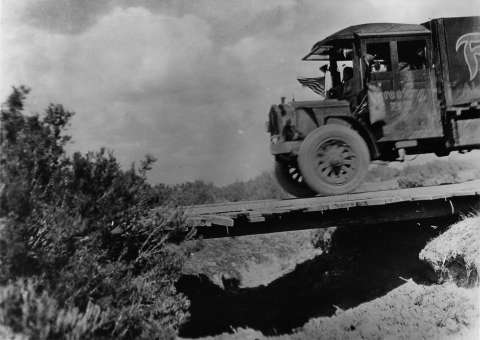 You’ll enjoy scenic rivers and mountains, forests and farms - stopping to sleep, eat and refuel - guided and informed all the way by a network of satellites talking to you and your car.

But that is not true in 1919, as a young 28-year-old Lieutenant Colonel named Eisenhower joins a convoy of military vehicles on a test trek from Washington DC to San Francisco, California - not in a matter of days, but over the course of more than two months. Eisenhower volunteers to accompany the convoy as an observer for his tank division.

Good roads are a concern for America since the automobile begins to replace the horse. President Woodrow Wilson signs an act to create the Bureau of Public Roads in 1916 and Congress allocates $75 million toward building and improving federal roads, but as you can imagine - with the Declaration of War against Germany in April of 1917, and the subsequent focus on the war build up - not a whole lot gets done with the high system during World War I. 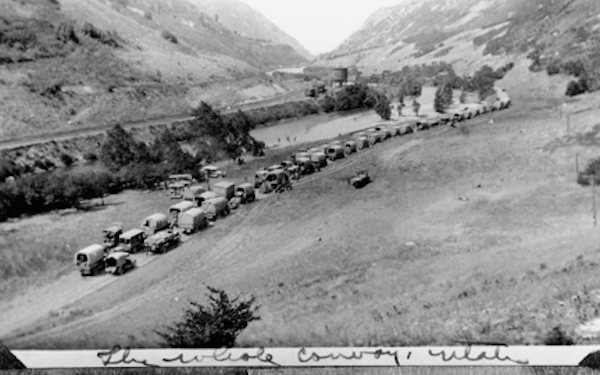 During the war, with the rail system fully occupied - troops drive new Army trucks and material from factories in the Midwest to the Eastern ports where the goods can be shipped to Europe. In December 1917, the first convoy takes three weeks to drive from Toledo, Ohio, to Baltimore, Maryland - a trip done routinely 100 years later in a long day’s driving.

This national Cross National convoy of 1919 is like none before it:

The Army has multiple goals, primarily they want to test both the durability of the equipment and the feasibility of transporting military equipment cross-country in the event that the extremely vulnerable rail system and tracks are destroyed by an enemy. 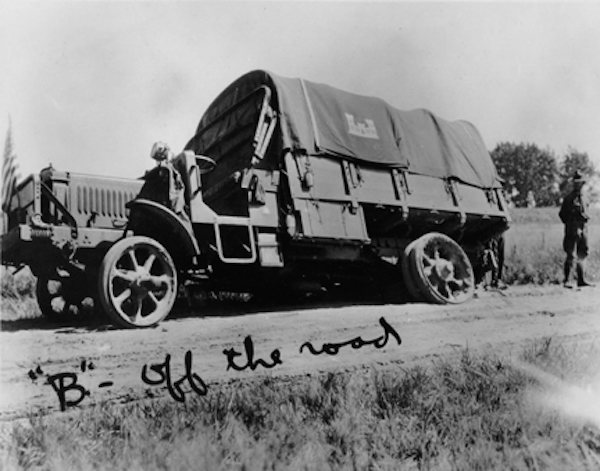 An unanticipated benefit is the goodwill generated in towns large and small across the nation. Crowds welcome the soldiers, thanking them for their service in the Great War, and gather to see some of the equipment that helped win the war.

The convoy heads out from Washington DC - this week on July 7, 1919. 46 miles later, they reach their first night’s stop at Frederick, Maryland. This is where Eisenhower joins the convoy.

Between Washington DC and the Mississippi River, they have decent roads to follow - mostly the Lincoln Highway (known 100 years later as U.S. 30), but even on these good roads, they experience a lot of breakdowns - clutches, fan belts, overheating, tire blowouts, and other mechanical maladies.

THEN the fun starts….

Beyond the Mississippi, they face mostly dirt roads - which - as you might guess turn into mud tracks during heavy rains.

In the mountains, men stand ready at each vehicle to block the wheels to prevent it rolling backwards should the vehicle come to a halt on a steep incline.

Eisenhower’s diary notes the challenges, the welcoming crowds, and even a side of his personality often unseen - Ike the practical joker.

On the Nebraska plains, he and another officer shoot a jackrabbit they spot, but instead of throwing it in a cook pot, they use it a couple of nights later to convince a couple of eastern civilians of Ike’s great shooting abilities as he tags a rabbit at an impossibly long range at dusk.

Once in California, the roads once again improve and daily mileage increases. The soldiers are issued crisp new uniforms on the day before their arrival in San Francisco. A parade meets them east of Oakland and escorts the convoy into San Francisco on September 6, 1919. 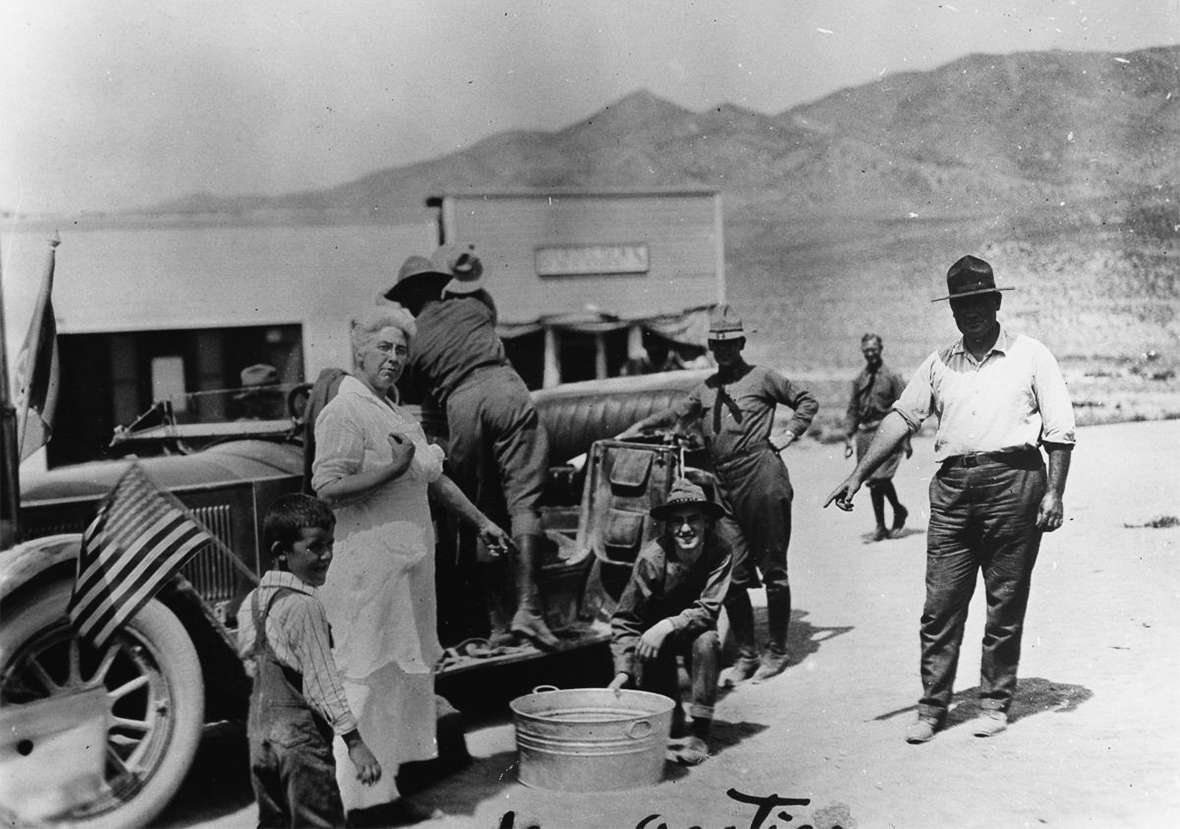 Here are some statistics from this road trip.

This convoy during 1919 will impact Eisenhower’s understanding of the military importance of good roads. Seeing the German Autobahns during World War II, on which the German army can quickly transport troops and equipment across Germany, reinforced that impression.

The blend of these two experiences lead to Eisenhower’s push for a system of interstate highways during his presidency. Writing many years later in his memoir, titled At Ease, Eisenhower will say, "The old convoy had started me thinking about good, two-lane highways, but Germany had made me see the wisdom of broader ribbons across the land." 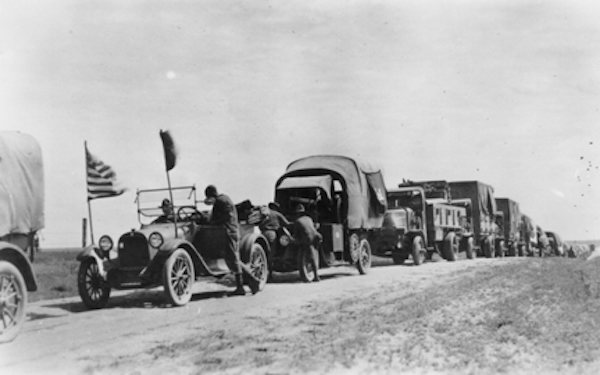 We have Dave’s research notes and links in the podcast notes for you.

Pfeiffer, David A., “Ike’s Interstates at 50,” Prologue Magazine, The National Archives of the United States, https://www.archives.gov/publications/prologue/2006/summer/interstates.html 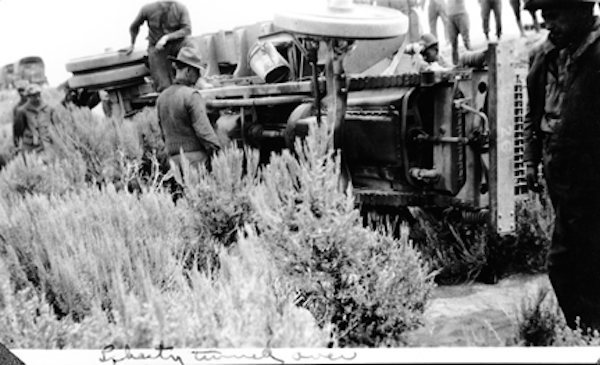 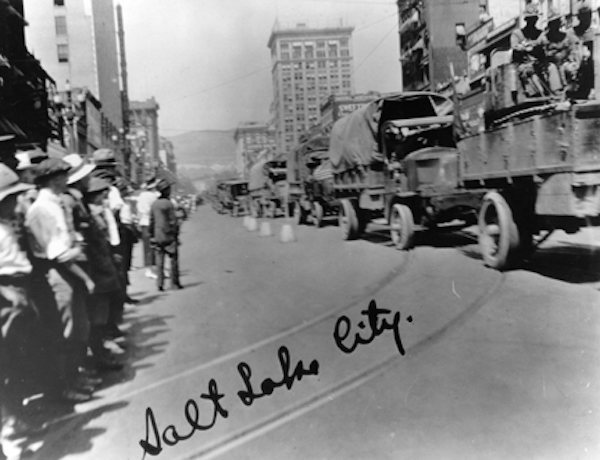 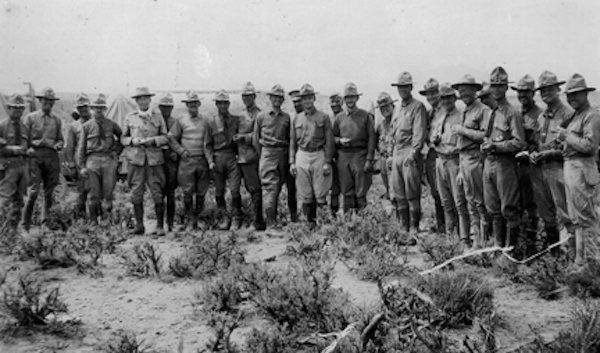 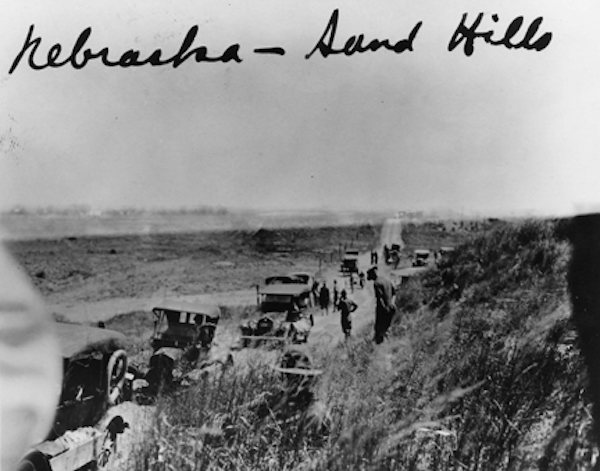 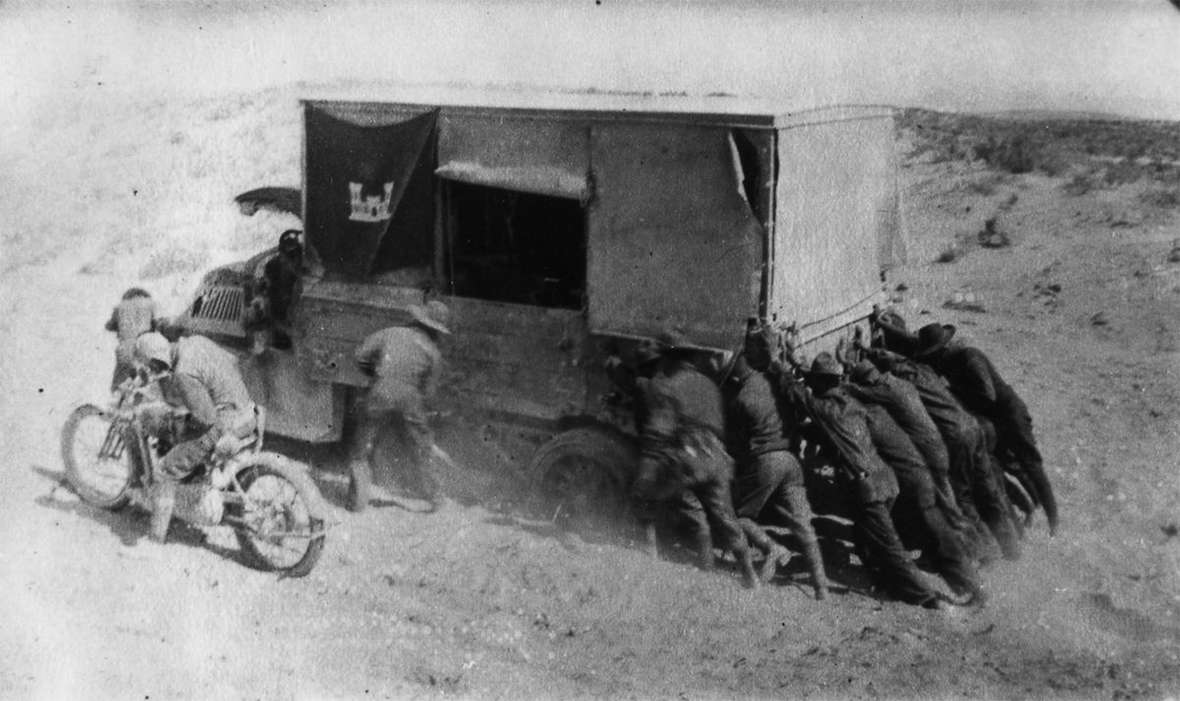