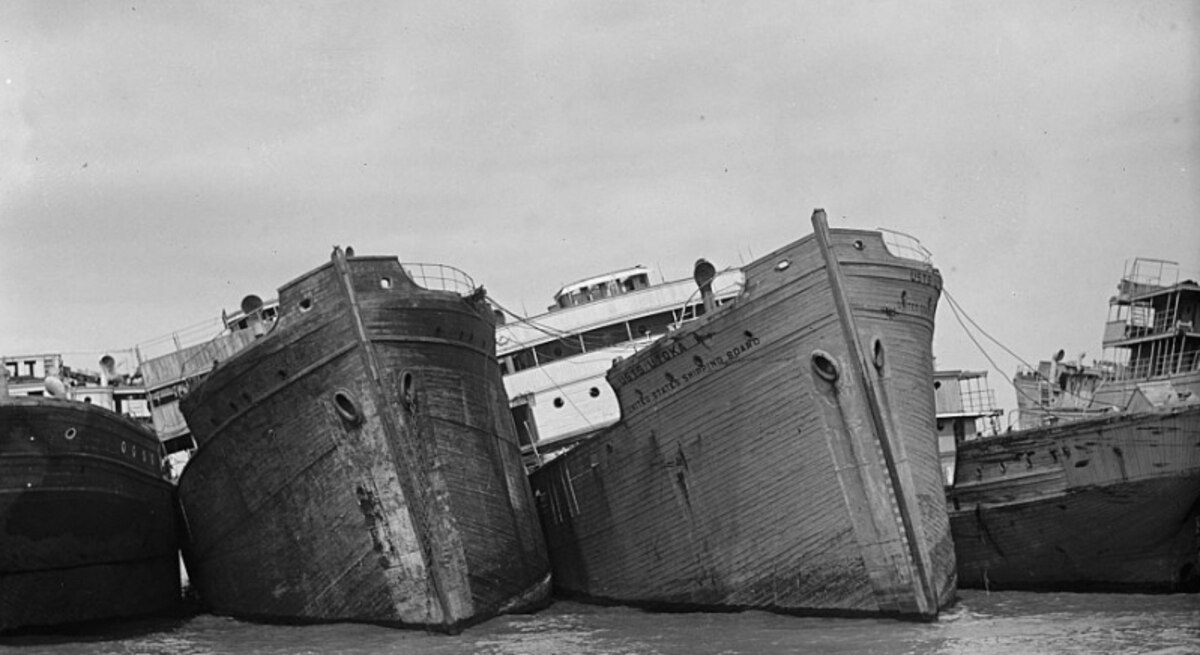 By the Associated Press, via the Navy Times newspaper web site

The National Oceanic and Atmospheric Administration, the state of Maryland and Charles County announced the Mallows Bay-Potomac River National Marine Sanctuary on Monday. It contains more than 100 abandoned steamships and vessels that were built as part of the nation’s engagement in World War I.

It’s about 40 miles south of Washington, D.C., along an 18-mile stretch of Potomac River coast in Charles County. It will be the first national marine sanctuary designated since 2000. Maryland nominated the area for sanctuary designation in 2014 to conserve the shipwrecks and increase opportunities for public access, tourism and economic development.

“We look forward to working with the state of Maryland, Charles County and other local partners to foster education and research partnerships as well as support and enhance local recreation and tourism along this historic stretch of the Potomac River,” said Neil Jacobs, NOAA’s acting administrator.

Mallows Bay is known for its “Ghost Fleet,” including partly submerged remains of more than 100 wooden steamships that were built in response to threats from World War I-era German U-boats.

While the ships never saw action during the war, their construction at more than 40 shipyards in 17 states was part of the national wartime effort that fueled the economic development of waterfront communities and maritime services industries.