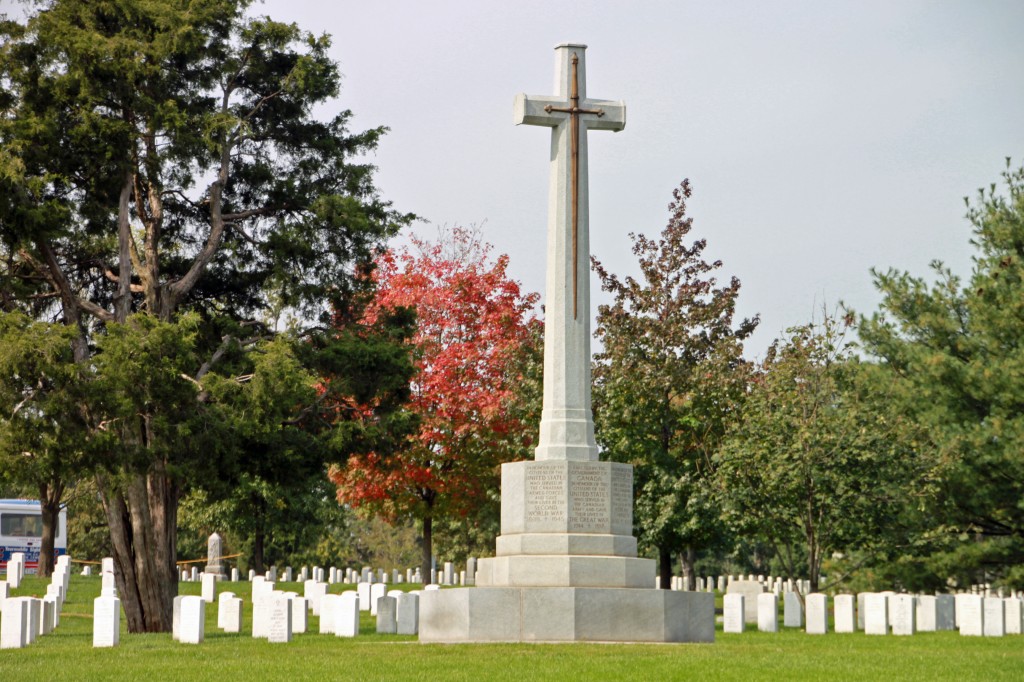 The Canadian Cross of Sacrifice honors citizens of the United States who gave their lives while serving in the armed forces of Canada during World War I.

The Canadian Cross of Sacrifice at Arlington National Cemetery

Honoring Americans who served in Canadian Forces during World War I

The First World War ravaged Europe between the years 1914 until 1918, consuming men and materiel at rates which the modern world had not yet experienced. While European nations and their colonies fought in the trenches, the United States refrained from entering a European conflict as long as they could. It was not until April 1917, did the United States enter the First World War, aside the Allied powers against the Central powers.

Despite America’s delayed entry into the war, young Americans went north of the border to Canada to join the war effort. Canada joined the war in August 1914 as part of the British Empire, and as such, began to mobilize young troops and send them overseas as part of the Canadian Expeditionary Force (C.E.F.).

During Canada’s war mobilization, Sir Sam Hughes, then Canadian Minister of Militia and Defence, authorized the creation of a battalion comprised partly of American citizens residing in Canada and those who had left America to join the war effort. The battalion, based in Toronto, was designated as the 97th Battalion on December 22, 1915 and in February 1916, four more battalions were established across Canada. These five battalions would become known as the “American Legion.” It is estimated that 40,000 Americans enlisted in the C.E.F., of which 35,000 of them listed the United States as their place of birth. 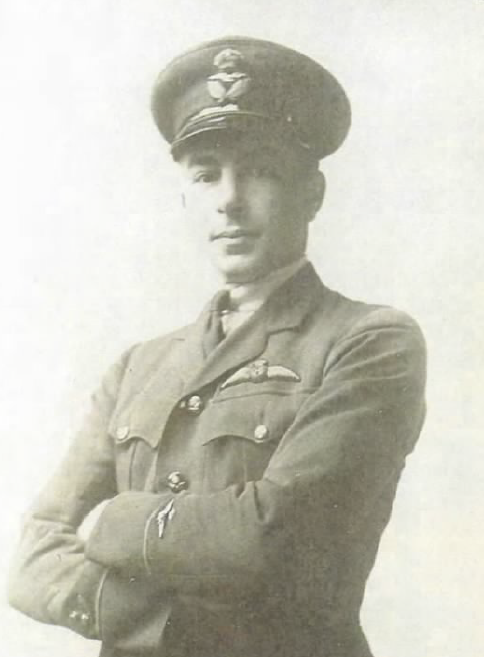 Marshall Harry GoochOne member of the American Legion was Marshall Harry Gooch, born in Illinois who had found work in Western Canada before the outbreak of the war. According to Gooch’s documentation, he enlisted in Toronto, Ontario and was deemed “fit” for service on December 16, 1916. Gooch would go on to distinguish himself in not one, but two branches of the armed services. First, he went overseas with the 97th Battalion C.E.F as a Private. Once the 97th Battalion arrived in England, the 97th was broken up and its men were sent to other Canadian units as replacements.

Gooch, and many other soldiers from the American Legion were sent to one of Canada’s oldest and most distinguished units, The Royal Canadian Regiment (RCR).

On November 22, 1916, Gooch joined the RCR at the front and was assigned to “C” Company. This was not the end of his journey during the First World War, as he made one final move, this time transferring out of the army where he set his sights on war’s newest dimension, air power. Since Canada did not have its own air force until the end of the First World War, Gooch and other members of the C.E.F. who wanted to become pilots, had to transfer out of the Canadian Army and into the British military.

Once successfully discharged from the C.E.F., Gooch enlisted with the British Royal Air Corps as a flight cadet. On September 7, 1918, he was promoted to Acting-Sergeant and posted to the 77th Squadron, 49th Wing, for his flight training. Nearly two months after the end of the First World War, on January 8, 1919,Gooch graduated flight training. On February 15, 1919 he was promoted to 2nd Lieutenant in the Royal Air Force (RAF).

Few nations have shared such a close and working relationship as close as the one between United State and Canada. From times of peace to times of war, the United States and Canada have worked closely together to preserve the peace and prosperity which the citizens of both countries hold dear. As such, there needed to be a special way which the Canadian government could thank all those young Americans who fought within Canadian units. It was in the spirit of this close bond in 1925, Prime Minister MacKenzie King proposed a memorial to commemorate the sacrifice of Americans in Canadian units during the First World War.3

On June 12, 1925, President Calvin Coolidge approved the idea and Canadian architect Sir Reginald Bloomfield designed a monument. The Canadian Cross of Sacrifice, a grey granite cross and sword standing 24 feet, was erected on Armistice Day 1927. The monument is located near the Memorial Amphitheater in Arlington National Cemetery and serves as a reminder that service and great sacrifice does not stop at the American border.

Josh Baker is a Summer 2019 Intern with the U.S. World War One Centennial Commission.