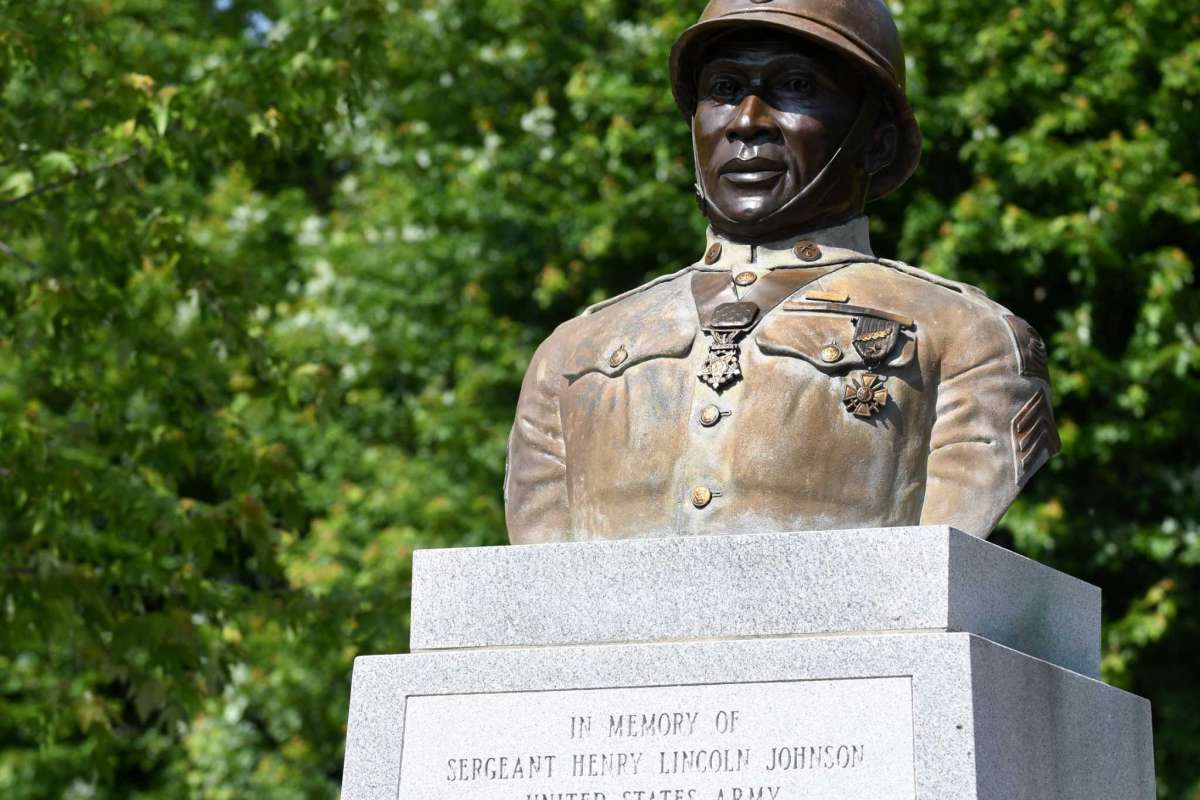 Henry Johnson monument in Henry Johnson Park in Albany, N.Y. (Catherine Rafferty/Times Union)The Albany man was part of the all-black 369th Infantry Regiment and his actions in May 1918 posthumously earned him the Medal of Honor in 2015. President Barack Obama bestowed the highest military honor an American soldier can receive on June 2, 2015, in a White House ceremony.

At Wednesday's ceremony, Mayor Kathy Sheehan awarded city School Board Member Tabetha Wilson with the third Henry Johnson Award for Distinguished Community Service. The award honors those who have "demonstrably given of their time and talent to build a better Albany."

Tabetha who works for the state Office of Temporary Disability Assistance, also serves on non-profit boards including as president of AVillage and a member of the Capital District New Leaders Council and Grand Street Community Arts.

The Albany Housing Coalition awarded its second Charles Chandler Memorial Scholarship Award to Irene Nelson, a senior at Albany High School and member of the Junior ROTC Henry Johnson Battalion. The $1,000 college scholarship is given for an essay on Johnson's impact today.

Johnson enlisted in the Army during a time of racial segregation when the U.S. Army refused to allow black soldiers in combat. Members of 369th Infantry Regiment, known as the Harlem Hellfighters, fought under French command.