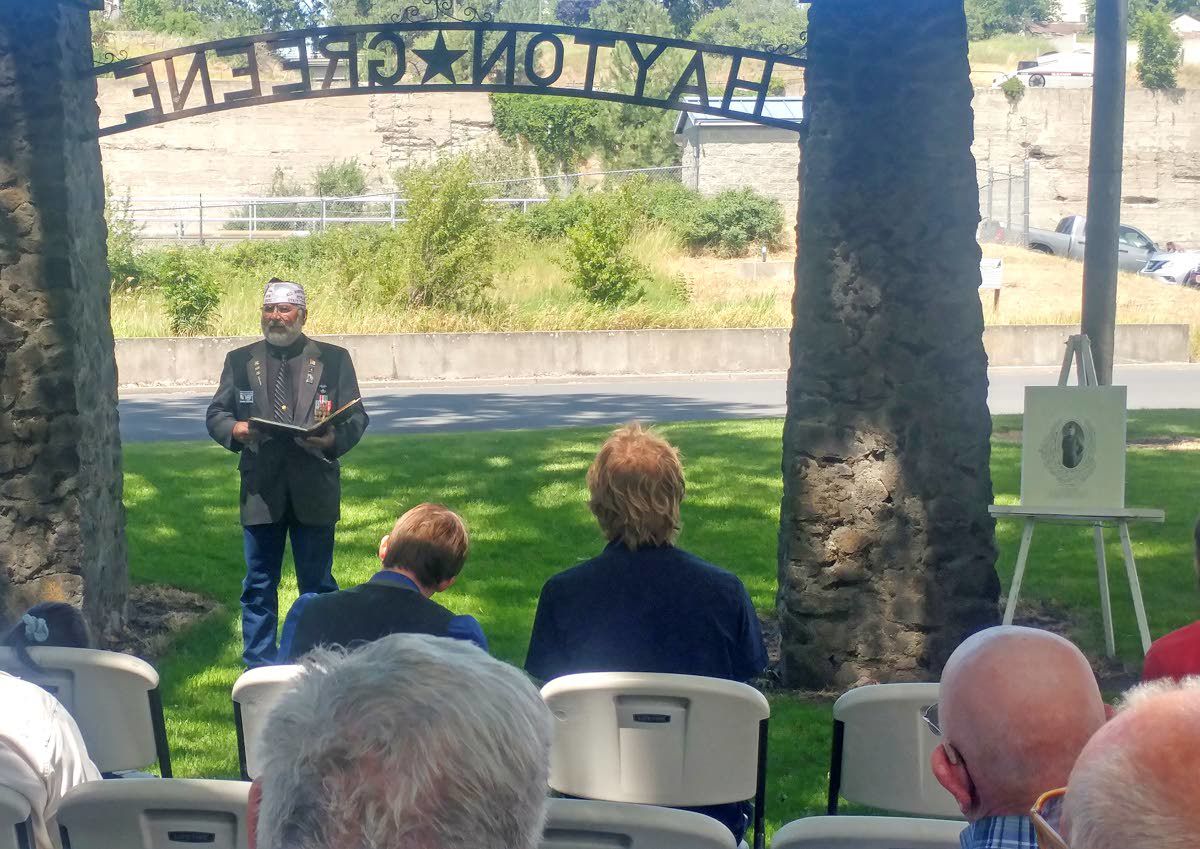 It has been more than a century since the city of Palouse received word that it had lost one of its sons to the world’s first truly global war.

Lester Dean Hayton moved to Palouse with his family in 1913, when he was 21. Six years later, Hayton’s family would receive word that he had gone missing in action following the Battle of Chateau-Thierry during World War I, and was presumed dead.

On the 100-year anniversary of the notice, Palouse resident Brad Pearce led a memorial Sunday for the man at the city’s Hayton-Greene Park beneath an iron archway that bears Hayton’s name and that of another of the small town’s fallen — Cpl. William Greene.

Pearce said he is not related to either man, but felt a responsibility to commemorate their sacrifice.

“I got really interested once I found out that the park was actually called the Hayton-Greene Park because everyone just calls it the Palouse Park,” Pearce said. “I wanted to do something to raise awareness and to teach people about why the park is called this and to know who this person was.”

Pearce said he was able to glean some insight into Hayton’s life through records of the town’s newspaper and by all accounts, his was “the classic WWI story.”

“He was a strapping young farmer, he was a devout Christian who was involved in the church and in Sunday school, and when it came time, he was in the first round of people that were drafted to go to France,” Pearce said. “He didn’t ask for an exemption and he was part of a small group of people that were in the original wave of people from our county to go fight overseas.”