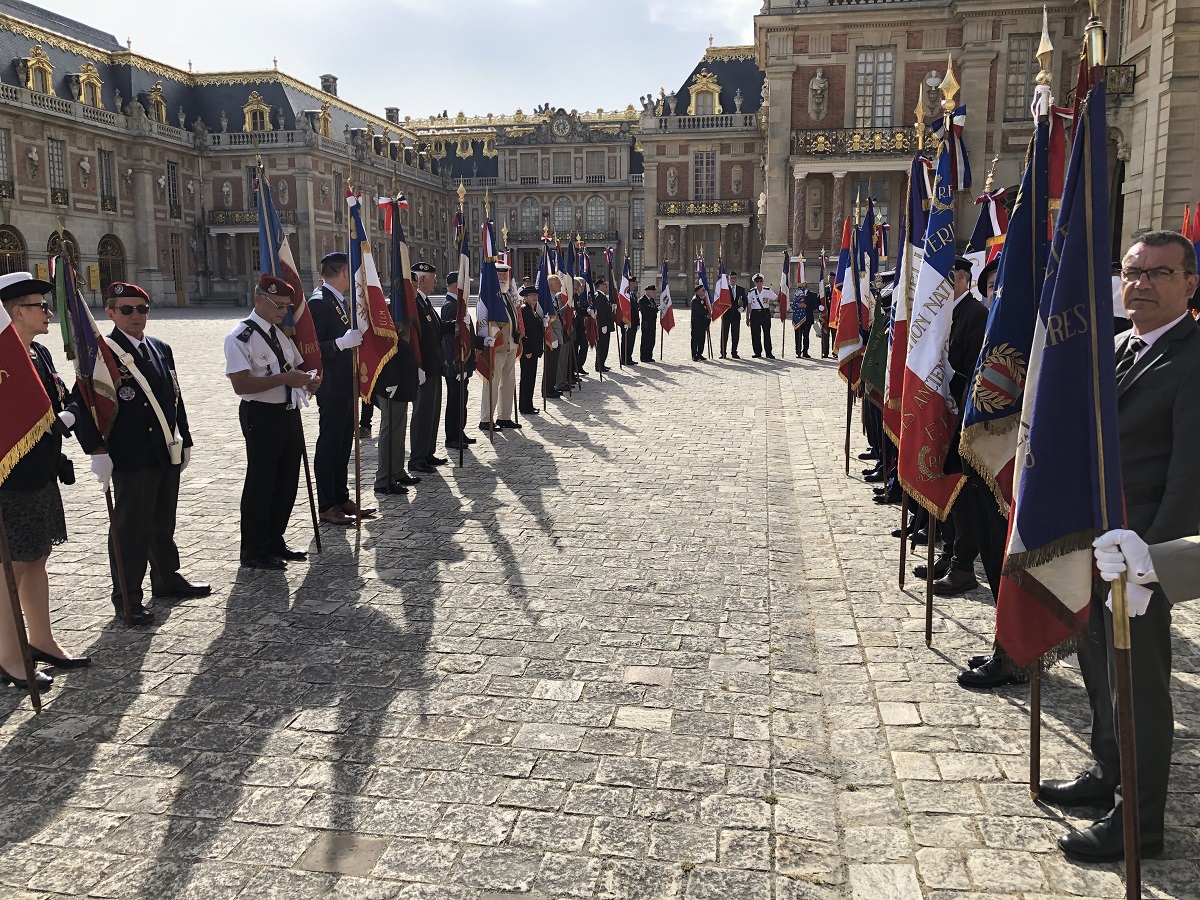 Members of American Legion Post #1 in Paris, France participated in the parade of the veteran flags at Versailles, France as part of the events marking the centennial of the signing of the Treaty of Versailles in 1919.

"We are a very high visibility American Legion Post since we are located in Paris, France."

Our Commission's recent commemoration efforts in Versailles, France put us in touch with some friends whom we haven't seen in a while -- the members of the world-famous American Legion Post #1 in Paris. These Legion members stand on a long tradition, one that celebrates a direct line to our World War I veterans. Post #1 is the first, and the oldest, American Legion post outside of the United States, and was created by people who had just seen the Great War end months before. Since that time, they have fulfilled a unique and special role in representing our American veterans in France, and throughout Europe. Vice Commander Bryan Schell took some time to tell us about his special post, their history, and their current activities.

You have a very historic Legion Post. Tell us about it. 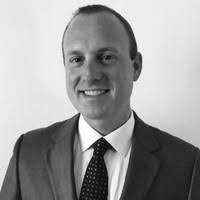 Bryan SchellParis Post 1 is a legacy post for the American Legion, it was created when American soldiers were still in Europe after WWI. It was a time when up to 2 million U.S. soldiers had just finished with a bloody war, and they had to wait sometimes up to 2 years to get a ship back to the USA. Some soldiers never made it back, some stayed because they fell in love or they had started a new life.

The idea of the American Legion was created in Paris in 1919 by these soldiers, and Paris Post 1 was opened up the same year. It is the first, and the oldest, American Legion post outside of the United States. We have been able to maintain our post during many difficulties including WWII when Paris Post 1 had to temporarily move to New York City during the Nazi occupation of Paris. One of our American Legion members stayed behind and joined the French resistance only to be executed by the Nazis while trying to defeat Germany.

Your Post has a very historic building as its home, and there is also a remarkable memorial there. Tell us about them.

In the early 1930's, the American Legion Building was created, and later renamed in honor of General Pershing as Pershing Hall. It served as the home for Paris Post 1 for many years, until the building fell into preservation issues. Since this time, we have survived outside of Pershing Hall with the hopes of returning in the future. The building is currently going through much needed historical preservation, and it will be re-developed over the next couple years. 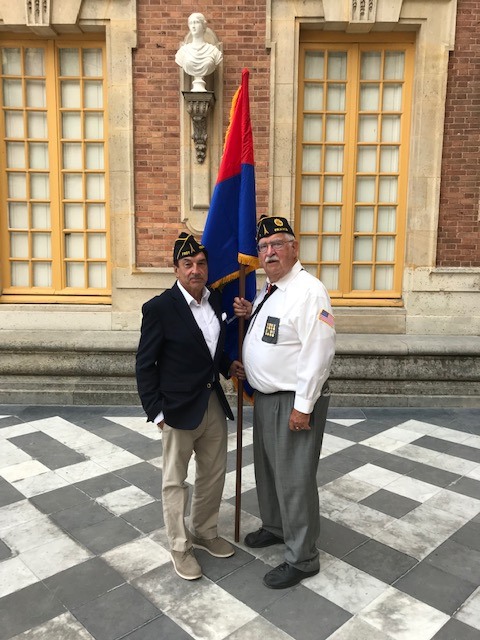 Paris Post 1 Legionnaires, Chaplain Gary Nadolski and member Bernard Gilliland, at the Château de Versailles supporting events related to the commemoration the centennial of the signing of the Treaty of Versailles. We are a very high visibility American Legion Post since we are located in Paris, France. Not only do we have many monuments to the United States in Paris, but we are also the gateway to Normandy and other historically significant areas from both WWI and WWII.

One of our special and unique monuments is the American Legion Mausoleum located by La Defense. This was gifted to Paris Post 1 in the 1930's from the people of France, and it is the last resting place of hundreds of our veterans from WWI to the present day.

For each of the holidays during the year, we usually have a ceremony at several places throughout Paris. This would depend as we do honor U.S. veterans at ceremonies of other nations as well including the Royal British Legion, Souvenir Francaise, the VFW and other international veterans organizations. Here are some of the key places we pay our respects throughout the year:

We receive more invitations than we can travel to. We receive many requests for veterans to attend ceremonies when towns dedicate to American veterans. Every year there are artifacts recovered from fields and forests of American soldiers from the different world wars.

Who are your members, generally? How many do you have?

Our membership remains at a modest figure of local members with a larger base of members living in other areas of the world. In total, we are at about 300 members. Our members represent all branches of the military, and we have a group who sees a lot of transition due to comrades moving back to the USA or to their next duty station. Those of us who live, or commute to Paris from other areas of Europe, represent our local group.

Our prior Commander was stationed with NATO in Brussels, and our current Commander is stationed in Germany with the U.S. Army. We have one member who flies over from the Canary Islands where he is working on his sail boat. We are currently working on our membership, and trying to gain more awareness of the historical significance of our post. We hope that we can increase our membership so that we can work on some historical projects relating to our post. We have documents, photos and artifacts dating since WWI that we need to archive and properly label. Since Pershing Hall was opened, we've had many different types of visitor including several sitting Presidents.

How can our readers stay on top of your efforts? Where can they find more information? What social media outlets do you use?

We are currently going through a transition to using technology better. The best way to get in touch with us is to email us. I'm always available to help answer any questions, or for anyone who is interested in becoming a member of our post.