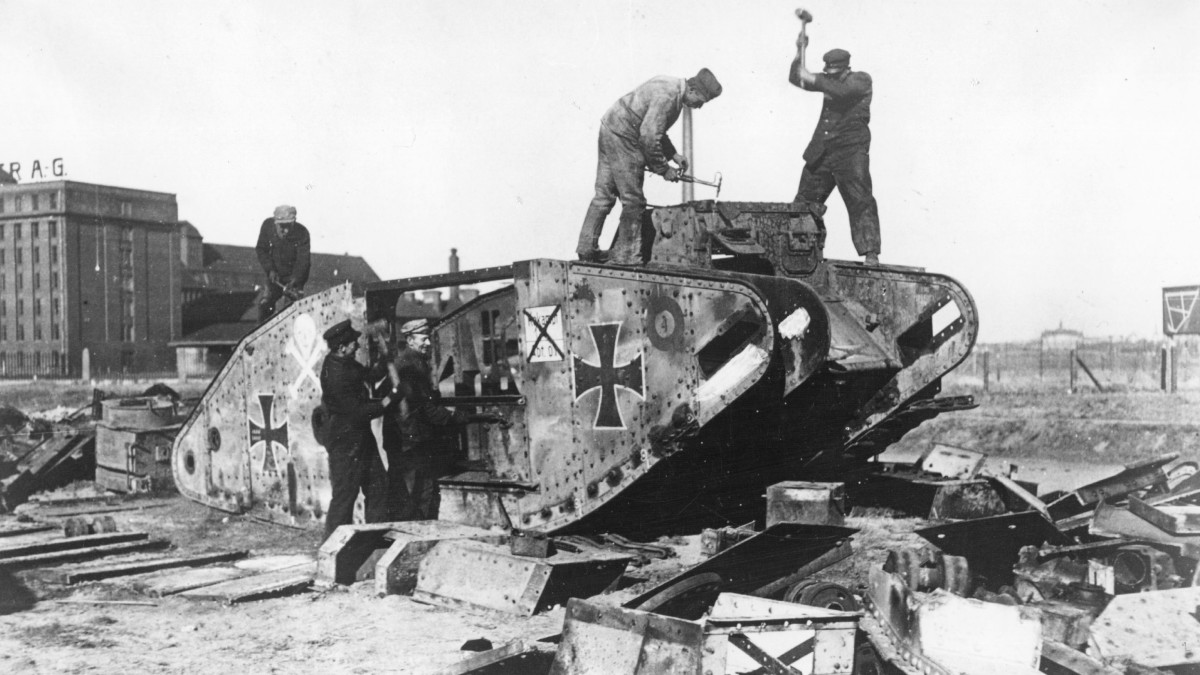 Germans take war machines apart outside Berlin under the terms of the Treaty of Versailles Germany. This tank is in fact a British tank, captured and put into service by the Germans during World War I. (Hulton Archive/Getty Images)

After the Treaty of Versailles

By Erin Blakemore
via the History.com web site

At the end of World War I, Germans could hardly recognize their country. Up to 3 million Germans, including 15 percent of its men, had been killed. Germany had been forced to become a republic instead of a monarchy, and its citizens were humiliated by their nation’s bitter loss.

Even more humiliating were the terms of Germany’s surrender. World War I’s victors blamed Germany for beginning the war, committing horrific atrocities and upending European peace with secretive treaties. But most embarrassing of all was the punitive peace treaty Germany had been forced to sign.

The Treaty of Versailles didn’t just blame Germany for the war—it demanded financial restitution for the whole thing, to the tune of 132 billion gold marks, or about $269 billion today.

Nobody could have dreamed that it would take 92 years. That’s how long Germany took to repay World War I reparations, thanks to a financial collapse, another world war and an ongoing debate about how, and even whether, Germany should pay up on its debts.

Allied victors took a punitive approach to Germany at the end of World War I. Intense negotiation resulted in the Treaty of Versailles’ “war guilt clause,” which identified Germany as the sole responsible party for the war and forced it to pay reparations.

Read the entire article on the History.com web site here: