Milford celebrates: 100 years ago, World War I ended and the American Legion was born

The American Legion in Milford is celebrating 100 years since the end of World War I and the birth of America’s largest veteran’s organization. 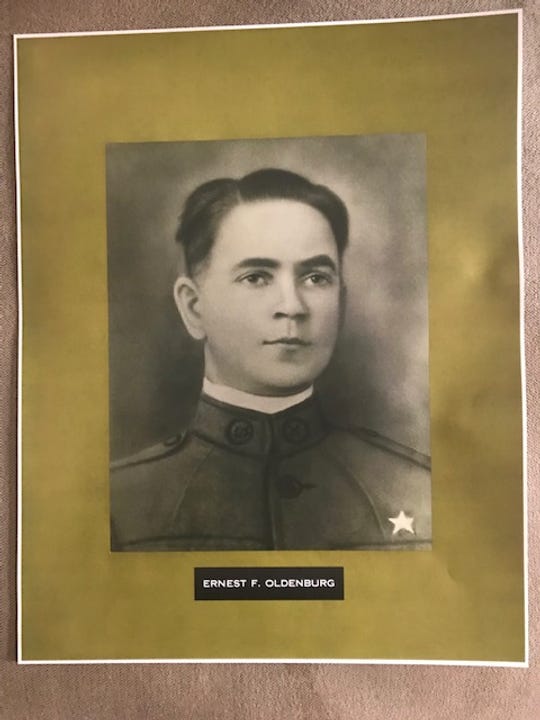 World War I formally ended with the signing of the Treaty of Versailles on June 28, 1919 and its subsequent ratification.

“At the end of WWI, President Theodore Roosevelt and 200 soldiers met in Paris, and they had talked about making a veterans organization to take care of the fallen and wounded soldiers when they got back home,” said Bonnie Welbaum, 20-year member of the Milford post. “The Legion helps veterans and their families get benefits.”

The American Legion Post in Milford originated in the Grand Army Republic (GAR) building in 1919, formerly used by Civil War soldiers, in front of the Presbyterian church on Main Street, she said.

Around 1945, Henry Ford sold the property at 510 W. Commerce Road in Milford to the American Legion with the stipulation that the post be named after his friend Ernest F. Oldenburg, a soldier from the Milford area who served with the 32nd Red Arrow Division and was killed in action in France in 1918. In 1946, the new building opened.

The American Legion Post in Milford currently has about 200 members from all over the area, but veterans from World War II and the Korean War are passing quickly and many are homebound and are unable to attend monthly meetings or be actively involved. Vietnam veterans are also aging and Welbaum hopes that the open house will attract new veterans to become involved.

Anyone interested in joining the Legion needs to bring discharge papers and have served during wartime. Welbaum notes that anyone who has served in the military after Sept. 11 is eligible for the American Legion as this time period has been determined to be the war on terrorism.

Family members of veterans also are eligible to join support groups including the Auxiliary, Riders, and Sons of the American Legion. Veterans who haven’t served during war time can join AMVETS.