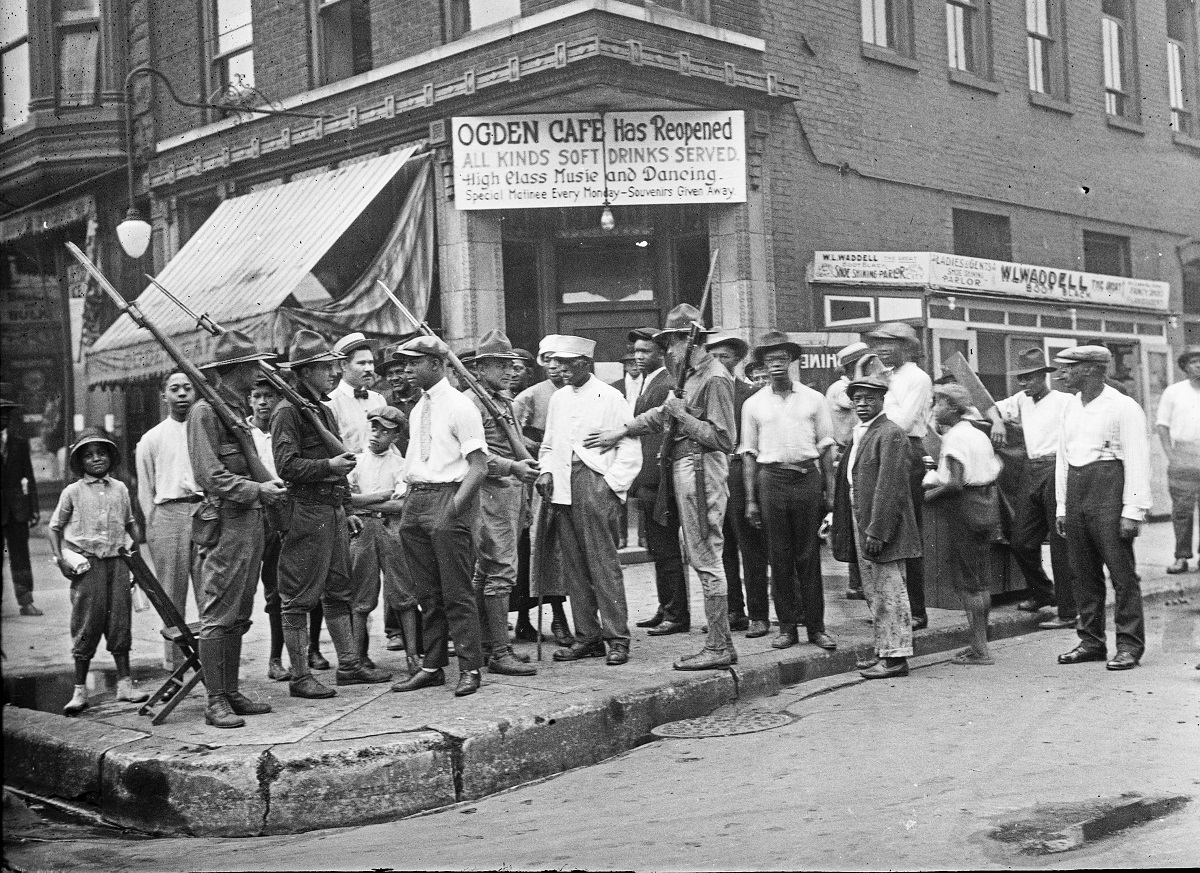 In this 1919 photo provided by Chicago History Museum, a crowd of men and armed National Guard stand in front of the Ogden Cafe during race riots in Chicago. (Photo: AP)

By The Associated Press
via the USA Today newspaper web site

America in the summer of 1919 ran red with blood from racial violence, and yet today, 100 years later, not many people know it even happened.

It flowed in small towns like Elaine, Arkansas, in medium-size places such as Annapolis, Maryland, and Syracuse, New York, and in big cities like Washington and Chicago. Hundreds of African American men, women and children were burned alive, shot, lynched or beaten to death by white mobs. Thousands saw their homes and businesses burned to the ground and were driven out, many never to return.

It was branded "Red Summer" because of the bloodshed and amounted to some of the worst white-on-black violence in U.S. history.

Beyond the lives and family fortunes lost, it had far-reaching repercussions, contributing to generations of black distrust of white authority. But it also galvanized blacks to defend themselves and their neighborhoods with fists and guns; reinvigorated civil rights organizations like the NAACP and led to a new era of activism; gave rise to courageous reporting by black journalists; and influenced the generation of leaders who would take up the fight for racial equality decades later.

"The people who were the icons of the civil rights movement were raised by the people who survived Red Summer," said Saje Mathieu, a history professor at the University of Minnesota.