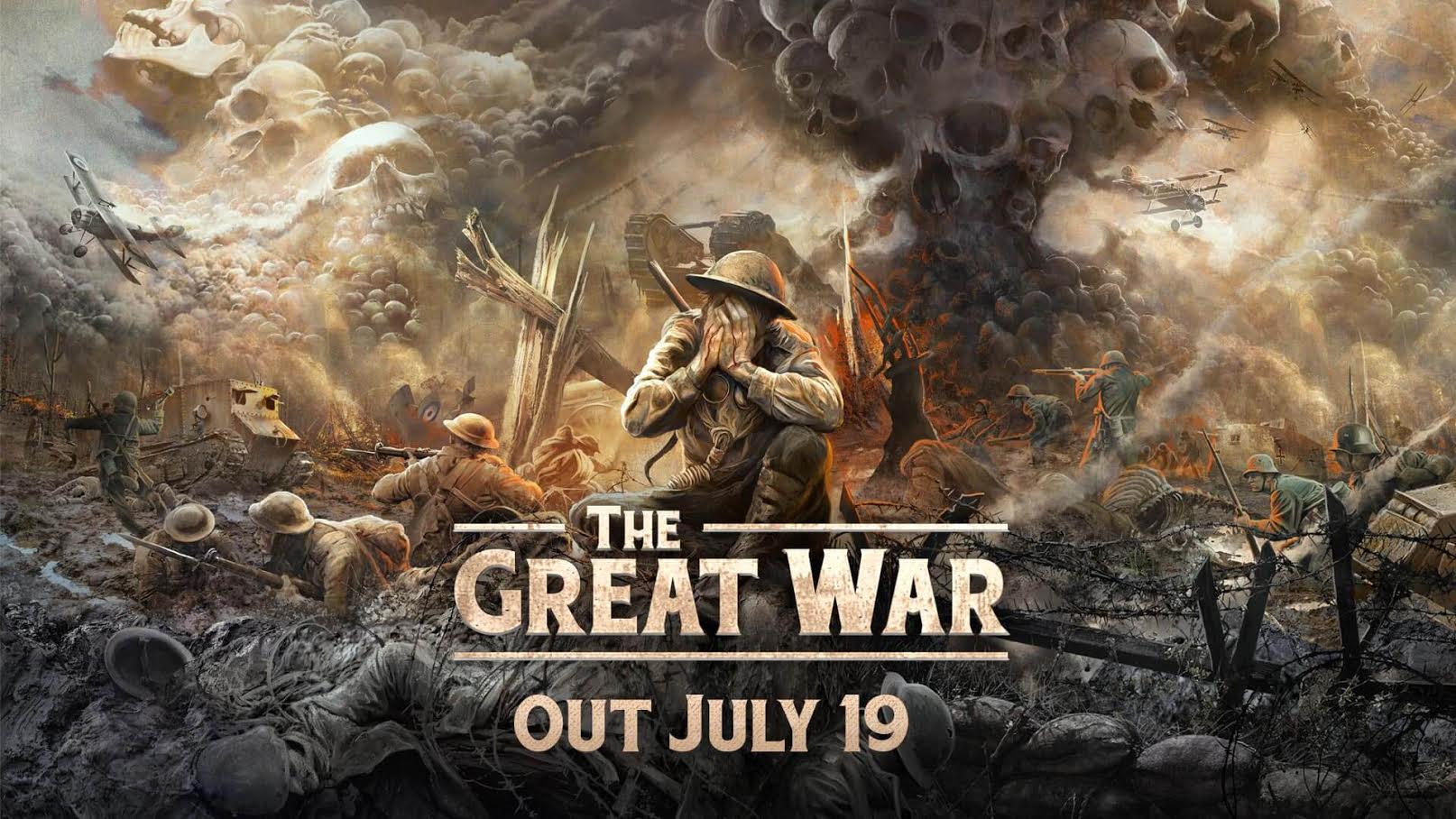 "I know we make people research and dig deeper."

This last week, I conducted an interview with Pär Sundström, the lead bassist for Sabaton. Sabaton is a Swedish power metal band that focuses on writing songs about military history. They have just completed their most recent album, The Great War, which explores various themes and events from World War I. Clearly, this album means a lot to Pär and the rest of Sabaton as well as their fans. The band takes great pride in its ability to combine the value of history with the thrill of heavy metal, developing a strong fan base across the world. As Sabaton continues to gain popularity, interest in the topics they write songs about increases significantly. Most importantly, their songs bring attention to major events and individuals that today’s youth are rarely taught about, all while sounding really, really good in the process. Here is what Pär had to say:

What inspired the band’s focus on military history? 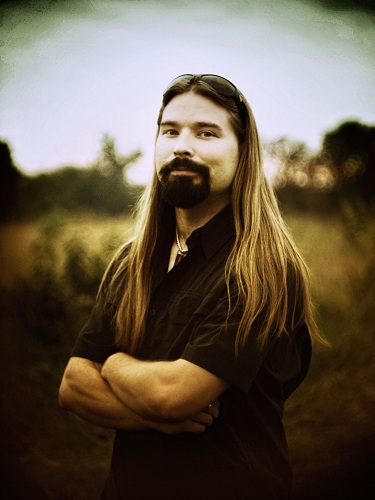 Sabaton's new album, The Great War, is its first to focus exclusively on a single conflict. What made you choose World War I as the most deserving conflict for this landmark in the band's history?

It was the timing, because we always have many different topics, and were discussing many. Because of the timing around armistice day, it felt natural to do this. Anything else can wait, but this cannot wait. We have made a couple songs about World War I in the past, but this is the first time to make a full album for it. As a Swedish person, we have little connection and don't learn much in school. We only learn that there was a 'sequel'. This conflict is quite interesting because a lot of these stories are news to us.

What do you think is the importance of discussing World War I in modern music?

I think pretty much whatever history we discuss in our songs, the more time passes, the more research [our fans] do. I think 20 years ago we didn’t think so much of it, but we do now after doing it for 15 years around the world. For me it has changed the perception of the entire world, why the world looks like it is or why people think what they do about each other. If other people could have this perspective, there may be less wars because there would be less misunderstandings, maybe fewer fights or brawls. The more we can teach people to be thinking or open to the world as we have become, we are doing the world a little bit of a favor. The history thing comes in second place to being a metal band.

What kind of subject areas are you hoping to cover in this album?

We opened the album about the first appearance of tanks, calling it the future of warfare. Tanks have been used around the world since World War I. That’s one thing we are covering. We are also covering Verdun; it is something that cannot be ignored. The Red Baron was a very colorful character, kind of a WWI rock star, so we needed to credit his victories. One of the more exciting ones was the defense of the Osowiec Fortress. This comes up often and we of course had to cover it. We have one about York; we wanted to make a song earlier for him in the Heroes album but didn’t, so now we have it here. We have a song called Devil Dogs about the Marines first engagement in World War I.

With developments such as the creation of your new album and the construction of a National World War I Memorial in Washington, D.C., do you think that interest in the First World War may make a resurgence in today's youth?

I know by fact that when we are doing stuff, we create interest in our fans. I know we make people research and dig deeper; quite a few do. If you create a monument in Washington for it, then some people as Americans will go there and learn as well.

How do you go about writing your songs? Sabaton seems to have a talent for using the right instruments and lyrics to match the tone and context of the subject you are working on.

So, say we want to do a song about Osowiec Fortress. We dig into a small part of it because we want to get into it. Then we get our resources like documentaries and other research. Then it is time to write the lyrics, because we already have the melody for the song ready. The music is always there before we find the lyrics. Then we start to read about it, searching for a word that triggers a specific part in the lyrics. We just need to find an emotion or a feeling. If we tell too much it won’t be interesting. It should tell what it is about and when and where it happened. We need to find those little specific sentences that fit perfectly into the melody, and work around that. If we don’t find that thing, we skip it and either move on or come back to it. Maybe they can be numbers or a name fixed somewhere, and when we find it, we are like "Bang! There it goes".

We are amazed at the stuff that we see on the History Channel and we do a form-up where we sit together and find stuff out. To know what the song, let’s say, To Hell and Back is about, you should be able to know by watching the History Channel.

Joshua Haynes is a Summer 2019 Intern with the U.S. World War One Centennial Commission. 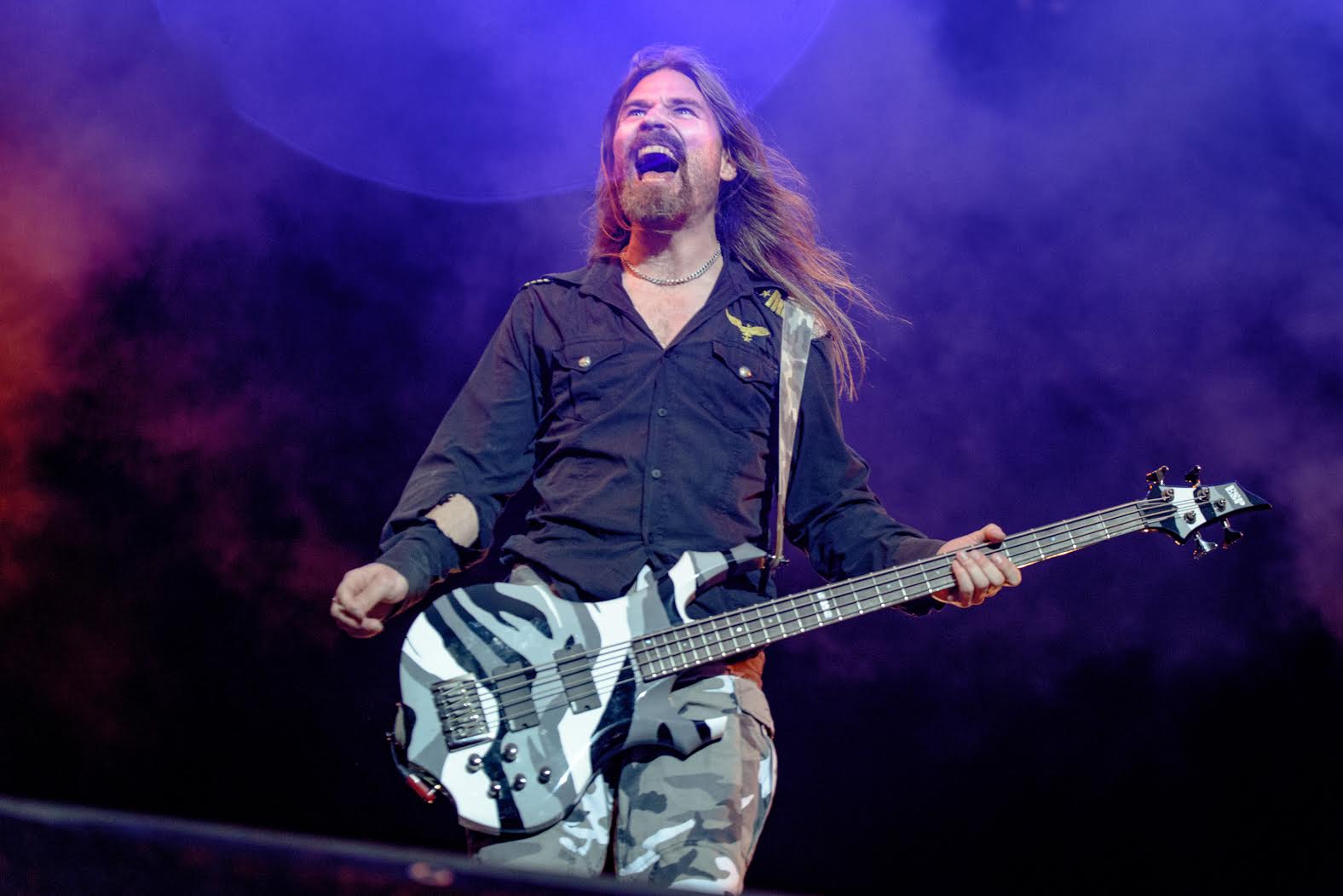 Pär Sundström, Lead Bassist for Sabaton, on stage in concert.