In July 29th's edition of the World War I Centennial News Podcast, Episode 133, host Theo Mayer spoke with Dr. Matthew Naylor. Dr. Naylor is an accomplished non-profit executive, a World War I Centennial Commissioner, and Chief Executive of the National World War I Museum and Memorial in Kansas City, MO. Read on to learn more about Dr. Naylor, the National Memorial and Museum, and how it complements the future memorial in Washington, D.C. (and vice versa). The following is a transcript of the conversation, lightly edited for clarity: 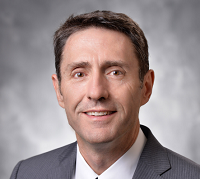 Theo Mayer: It's time to fast-forward into the present with World War I Centennial News now. During this part of the podcast, we explore how World War I is being remembered and commemorated today. Many of you may know about, and may even have visited the amazing, memorable, and thoroughly unique National World War I Museum and Memorial in Kansas City. It's a stunning venue overlooking the historic Kansas City Union Rail Station, a central hub that 100 years ago was a nexus for young recruits, both leaving and returning home from World War I. So when you go there and walk around, it's as if the very ground of the whole area is infused with World War I history.

And so it's with great pleasure that I welcome our next guest, Dr. Matthew Naylor, the president and CEO of the National World War I Museum and Memorial in Kansas City, Missouri. Dr. Naylor is a native of Australia. He's also a commissioner on the World War I Centennial Commission. Commissioner Naylor, welcome to the podcast.

Matthew Naylor: Glad to join you. 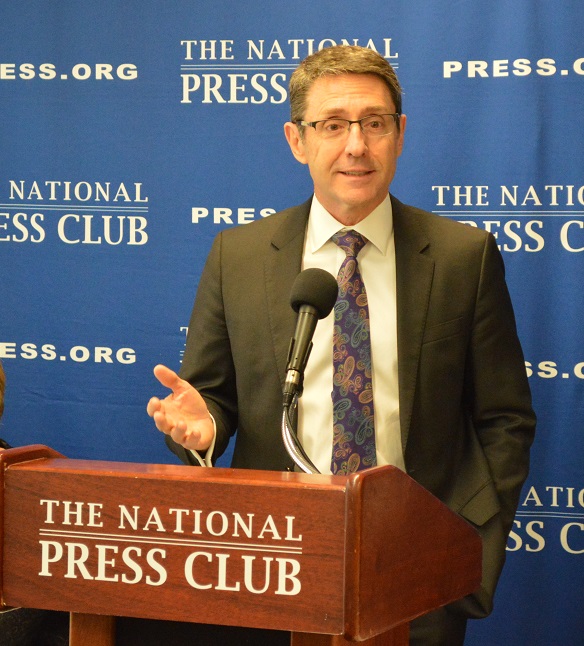 Dr. Matthew NaylorTheo Mayer: Commissioner Naylor, Matt, let's begin with a bit of background about you personally. What was the journey that led you to run the National World War I Museum and Memorial in Kansas City?

Matthew Naylor: It's a remarkable opportunity to be able to be involved in the global commemorations of World War I. And so I was really privileged when invited by the board to provide leadership here in the middle of 2013. I moved to the United States now about 17 years ago. I'd been involved in organizational leadership for many years working in a global organization as its CEO, providing humanitarian work in Africa and Asia and others, but always having a deep and abiding interest in history, then to find myself in the cultural sector, and then be invited by the board to come here and serve in a leadership role really has been tremendous journey for me. My grandfather served in World War I, and my father served in World War II, so I've had roots in global affairs for many years, as well as an academic background in the social sciences. So it's really been a tremendous gift that I've been able to serve during such an important time.

Theo Mayer: You were appointed as a World War I Centennial Commissioner at almost the same time that you took the reins in Kansas City. Could you tell us the story of that? Who appointed you? And how was all that coming together at once like for you?

Matthew Naylor: Yes. The Congressional Resolution, or the Congressional action which established the Commission, specifies its makeup. And one of the seats on the Commission is a seat appointed by the board of the National World War I Museum and Memorial. And so the board determined that it was in our shared interest that I should occupy that, and then was appointed by the board and then sworn in by our local government representative.

Theo Mayer: Let's talk about the National World War I Museum and Memorial in Kansas City for a moment. The venue is really a national treasure. It's one that was put together and financed locally not long after World War I. Can you give us a quick background and history of how it came together?

Matthew Naylor: Just after the armistice in '18, a group of community leaders came together in Kansas City and said, "Let's do something to honor the war dead of the region, and to create a tribute for peace." And then in early 1919, the people of the city participated in a fundraising campaign that lasted for 10 days. So the city then was about 250,000 people, and about 83,000 people participated in a fundraising campaign. Over 10 days, they raised $2.5 million, so that's equivalent of about $14 million today raised in 10 days. In 1921, the five ally commanders from Belgium, France, Italy, the United Kingdom, and the United States, gathered here to dedicate the land, 47 acres, as you say, overlooking the city on the 29th block of the city, so it was close to downtown. And about 100,000 people came out as part of that outpouring of patriotic support. And then an international architectural competition was held, and then the memorial for the museum constructed. And then President Coolidge came back in '26 and dedicated the memorial. In the late '80s, early '90s some preferred maintenance caught up, and so the city again rallied around and raised more than $100 million to renovate the memorial, and then in its under structure, build a new museum, which was then opened in '06 with a Congressional designation as the national museum. And then in 2014, when the legislation was passed to establish a national memorial in DC, the designation was also provided for the memorial and museum to be known as the National World War I Museum and Memorial.

Theo Mayer: I've had the pleasure of coming to your house (laughs) several times over the past few years, and it's endlessly amazing and memorable as an experience. Can you give our listeners a quick insight into what they'll experience when they cross the threshold in KC?

Matthew Naylor: When you come into the campus, firstly, you'll be struck by its beauty. It has a mall that runs down as you approach the memorial, which stands 217 feet tall on top of a memorial courtyard, flanked by two beautiful buildings and then two sphinx, one facing the battlefield with its eyes covered is covered because of the horror of war, another sphinx facing the future, again, its eyes covered because of the unknown future. A very attractive entrance into the underneath of the museum, entering into the museum proper, and then crossing a glass bridge, under which are 9000 poppies, each representing 1000 combatant deaths. This glass bridge, which for some people is unsettling, it's a beautiful sight, of course inspired by the McCrae poem "In Flanders Field." And then you enter into the galleries. The very best designers in the world were used to create what is a very immersive experience in the museums. And we tell a chronological story. One of the things about World War I is that it's a complicated messy story for most people. It involves empires and countries that don't exist anymore. And the war started for reasons that weren't very evident. And so what we seek to do here is to unpack a complicated story, and be able to tell that story in a way that really makes it accessible for people, and then through objects, really be able to talk about what happened and why. For more than six years, Trip Advisor, in rating museums across the country, have put us in the top 25 museums in all of the United States, so it's something that we're really proud of. And it speaks to the visitor experience because it's the visitors who do those ratings. And they say, "This is one of those museums that you really want to see." It's a first-rate museum experience. 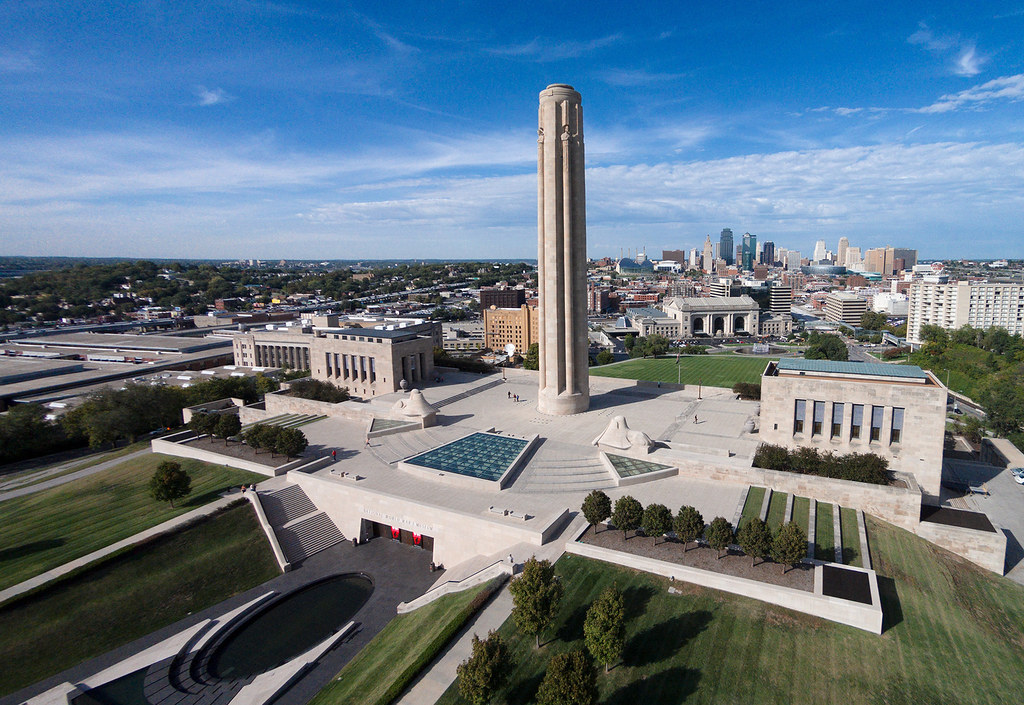 Matthew Naylor: A war of this scale deserves a memorial in the nation's capital. It's a travesty that the only major conflict of the 20th century whose service is not honored is World War I. That wrong needs to be righted. And so it is appropriate that there be a memorial in the nation's capital. And I'm proud to work with the commission to lend our support for the memorial to be created. The memorial in DC's focus will be that of a memorial. But together, I think we do this work of understanding what is arguably the most consequential conflict for the United States.

Theo Mayer: We're getting really close for the construction permits for the National World War I Memorial in DC. When it's finished, do you see these two US meccas of World War I memory connecting, interacting, and generally supporting each other?

Matthew Naylor: Yeah. I'm excited about the opportunity for us to work together. We look forward, as visitors come here, and last year we had visitors from 80 countries coming physically to the site, let alone hundreds of countries, more than 200 countries who use resources from our website. We're looking forward to the opportunity of pointing them to the memorial in DC to further enrich their understanding of World War I, and then being able to see ourselves as being partners in telling the story of American citizen sacrifice, and then the larger task, which is specifically about the work that we do here, of the war's enduring impact. The work in DC honors Americans who served. We're able to expand that mission here at the National World War I Museum and Memorial and Kansas City, Missouri, to tell a broader story of the global impact of the war, of the engagement of all of the belligerence. There's not a day that we don't wake up and hear news on the radio, or on the TV, which is not a consequence of decisions made during World War I. That enduring impact is something that we're able to tell. And being linked with a memorial in DC is something that we very much look forward to.

Theo Mayer: One last question for you Matt. As one of the people so intimately involved in the World War I Centennial Commemoration, are there any particular special moments that stand out for you?

Matthew Naylor: The April 6th opening commemoration, which the Commission organized, and was held here at the National World War I Museum and Memorial in Kansas City, was really a very moving experience. It was a wonderful international event. And that really stood out for me. Another is more recent. On the 28th of June, the Commission and the Museum and others partnered in a dinner to mark the signing of the Treaty of Versailles. And the Commission sponsored a symposium about the Treaty and the emergence of American philanthropy in the rebuilding of France and Belgium, which was organized by the National World War I Museum and Memorial at Versailles. There's a deep vein of interest in World War I and its enduring impact. Over this period, we have had a growing attendance here at the museum and memorial. More than 65% growth of the last five years, and even this year in '19, we're outpacing last the last years in attendance.

Theo Mayer: Dr. Matthew Naylor is the president and CEO of the National World War I Museum and Memorial in Kansas City, Missouri. We have links for you in the podcast notes.