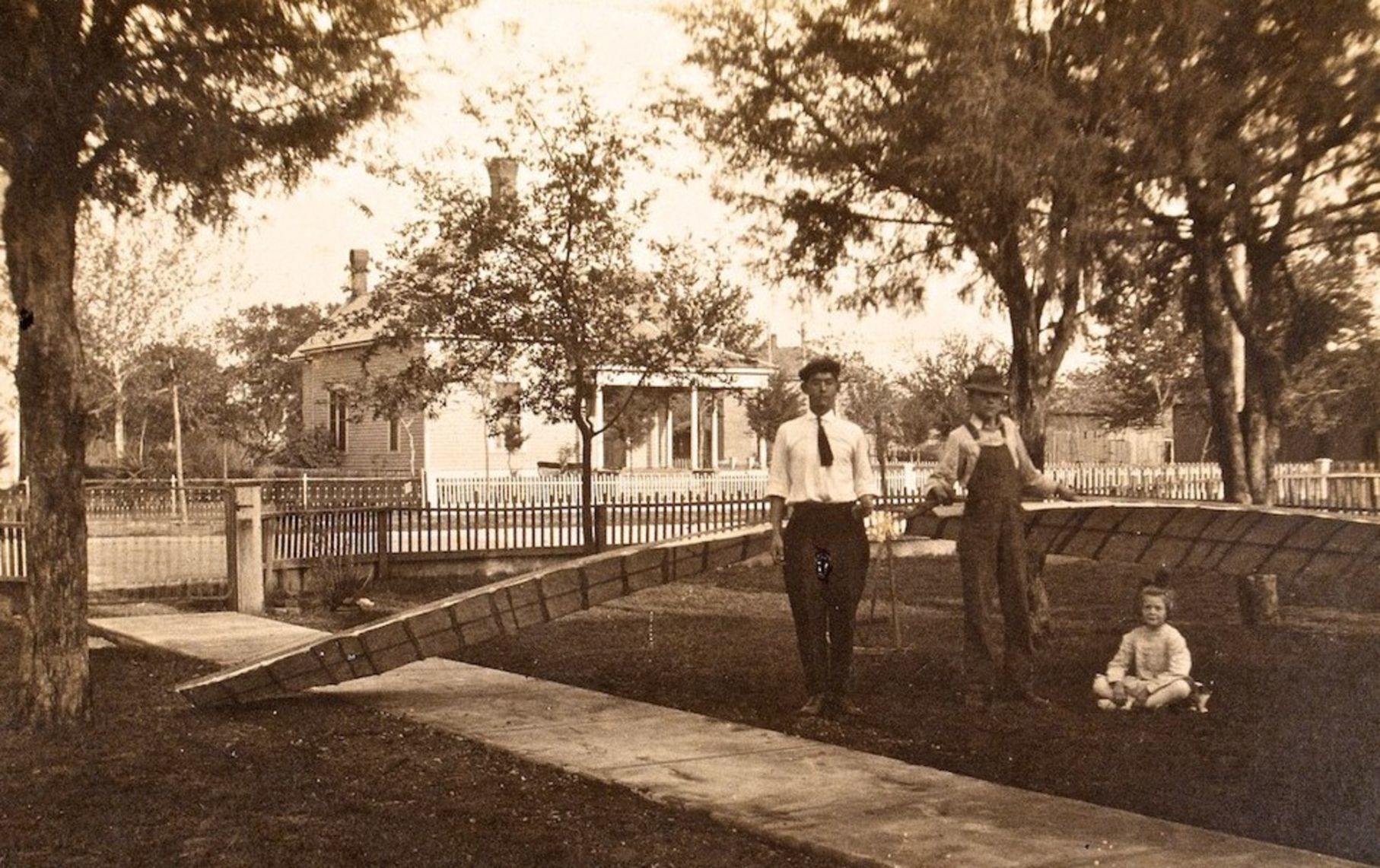 In this photo taken in 1910, 14-year-old Walter Jagoe (left) and his friend Robert Storrie show off a glider they built at the Jagoe Home at 600 N. Locust St. in Denton.

Walker Jagoe was one of America’s first fighter pilots

Walker Jagoe’s passion for aviation began in 1910 when he was 14 years old. He and fellow Denton High School student Robert Storrie built a biplane glider in Jagoe’s yard at his home at 600 N. Locust St., presently the site of the Greenhouse Restaurant.

Before graduating from high school in 1915, Jagoe became the 700th person in Denton County to purchase a Ford automobile. He completed his freshman year as a paid geometry coach at Purdue University in Indiana, and met future wife, Elsie Marie Siegler.

Although World War I had begun in 1914, the U.S. wasn’t involved until 1917. Aviation was new. The Naval Balloon Section’s tethered balloons were replaced by airplanes to observe activity behind enemy lines. Operations were developed in the field without prior knowledge, and the Army Air Service drew the most adventurous recruits.

A Sept. 15, 1917, call from the Army aviation corps directed Jagoe to report immediately to an Austin air base. After passing written exams, he received flight training at Fort Worth’s Benbrook Field, allowing Jagoe to visit his family several times by airplane.

Jagoe was among America’s first group of pilots in the 135th Aero Squadron, nicknamed the “Liberty Squadron.” He flew alongside celebrated pilots like Eddie Rickenbacker and future generals Carl Spaatz and Benjamin Foulois. Pilots flew over German lines, performing reconnaissance on France’s Western Front, leaning over the edge of planes to photograph enemy activity.

Read the entire article on the Denton Record-Chronicle web site.