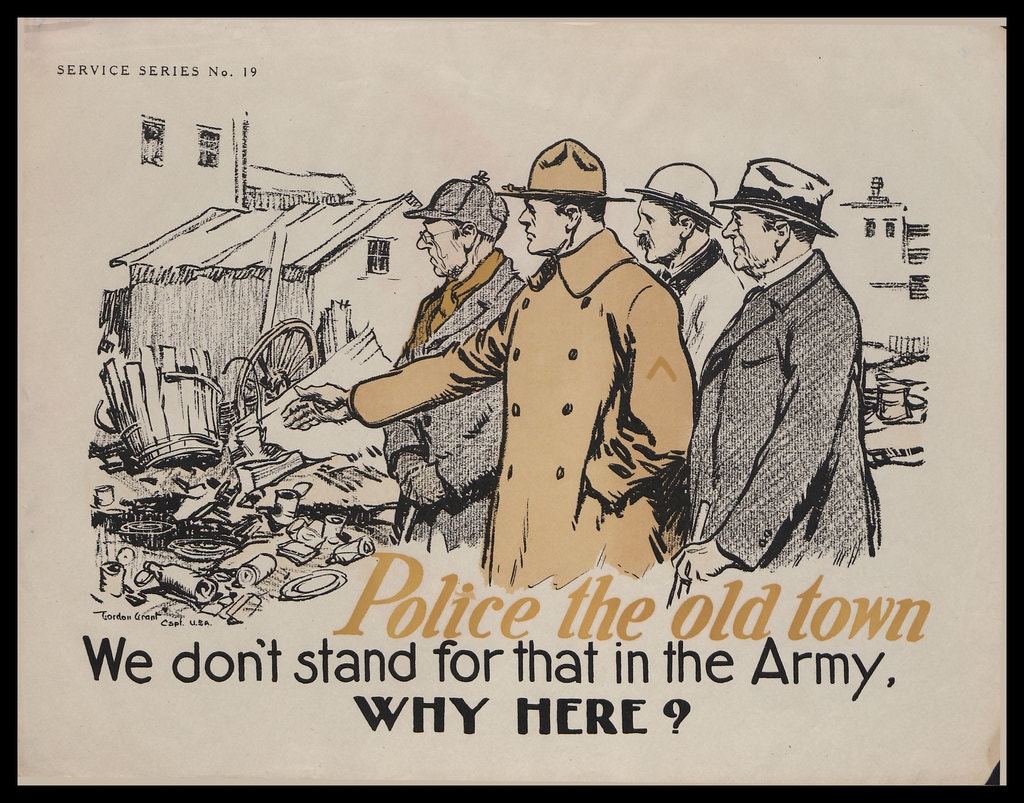 One of the posters designed after World War I to show America’s service members how they should behave once they came home. (Illustration by Gordon Grant/National WWI Museum and Memorial)

The Army’s Message to Returning World War I Troops? Behave Yourselves

The shelling stopped on Nov. 11, 1918, sending millions of American soldiers back to the United States to pick up where they had left off before joining or being drafted into the war effort. For one officer, the return meant facing a perfunctory public welcome and superficial support. “The quick abandonment of interest in our overseas men by Americans in general,” he observed three years after the Armistice, “is an indictment against us as a nation, not soon to be forgotten by the men in uniform from the other side.” The soldier, a former Army officer later identified as Herbert B. Hayden, anonymously published his observations in an essay for The Atlantic Monthly. The severe effects of combat-related injuries, like the ones Hayden described in his essay, drew more public attention during the 1920s, when the figure of the shellshocked veteran became part of larger debates over the government’s responsibility to care for its military forces.

The First World War saw more death than all of the Western world’s wars from 1790 to 1914 combined, and the American troops who arrived in France in 1917 were not insulated from the bloodshed. As one veteran remembered, fighting in the trenches was like “getting slaughtered as fast as sheep could go up a plank.” When the fighting ended the next year, any sense of idealism the American public felt when the United States entered the war was quickly replaced with weariness and a strong desire to move on. There was little consideration for the men who survived the war and what their long-term needs would be.

A series of posters — on display at the National World War I Museum and Memorial in Kansas City, Mo., until Sept. 15 — designed by the Army to show America’s discharged soldiers how they should behave once they returned to civilian life, provides evidence of the nation’s blindness to the toll modern war took on those who endured it. The Army didn’t want the flood of veterans returning home to become a disruptive presence or a financial burden on society.