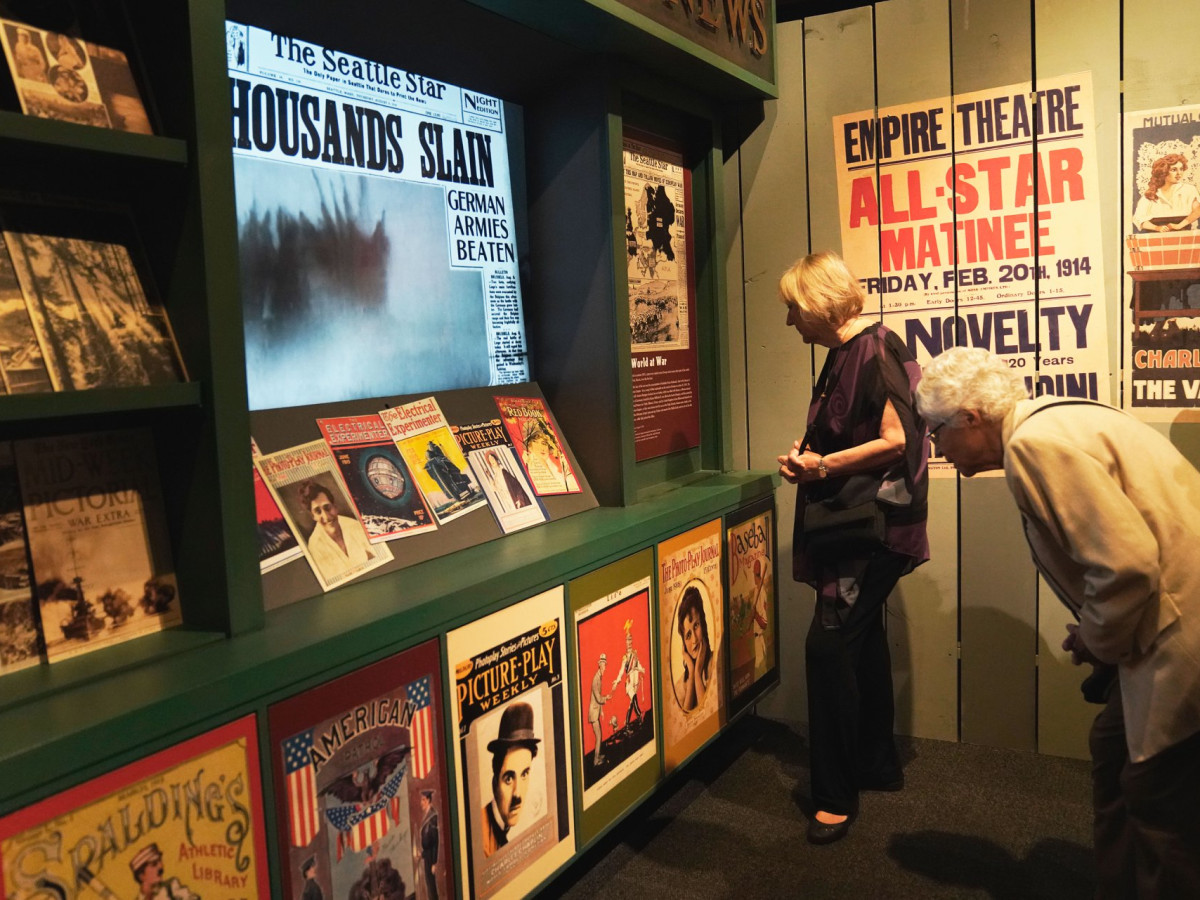 The "WWI America: Stories From a Turbulent Nation" The exhibition is on display through August 11.

Austin museum's WWI exhibition is a look at America's turbulent past

By James Jeffrey
via the CultureMap Austin web site (TX)

The patriotic advertising, aka propaganda, repeatedly leaps out from among a collection of equally bold and artfully drawn posters for the government bonds that sought to raise public money to help finance the war effort when America finally entered the war in April 1917.

Close to the posters is a mock-up cinema showing the silent comedies of Charlie Chaplain, whose physical antics and bowler hat made him a worldwide icon in early twentieth century cinema. Across from that is a full-size mock-up WWI army ambulance where video recollections of six Americans who participated in the war are projected inside.

“There have been a number of exhibitions that celebrated America's efforts in World War I from a military angle, [but] this exhibition is different,” says Kate Betz, the museum’s deputy director of interpretation. “It takes a deep look at what taking part in WWI did to America as a nation, pulling us away from isolationism and toward the modern nation that we know today. This point is made over and over through the stories and artifacts of relatable people, both famous and average citizens, as well as through interactive experiences to help connect visitors to a pivotal time period in our nation's history.”

Read the entire article on the CultureMap Austin web site.