Every year, thousands of students and teachers gather to share their passion for history in the National History Day Contest, which places students and their research projects into a friendly competition. Hosted by National History Day (NHD), a non-profit educational organization, students compete at the local and state level, where finally the top students then advance to the National Contest at the University of Maryland at College Park.

NHD offers year-long academic programs that aim to connect over half a million students across the world by encouraging them to conduct original research on historical topics of their choosing. 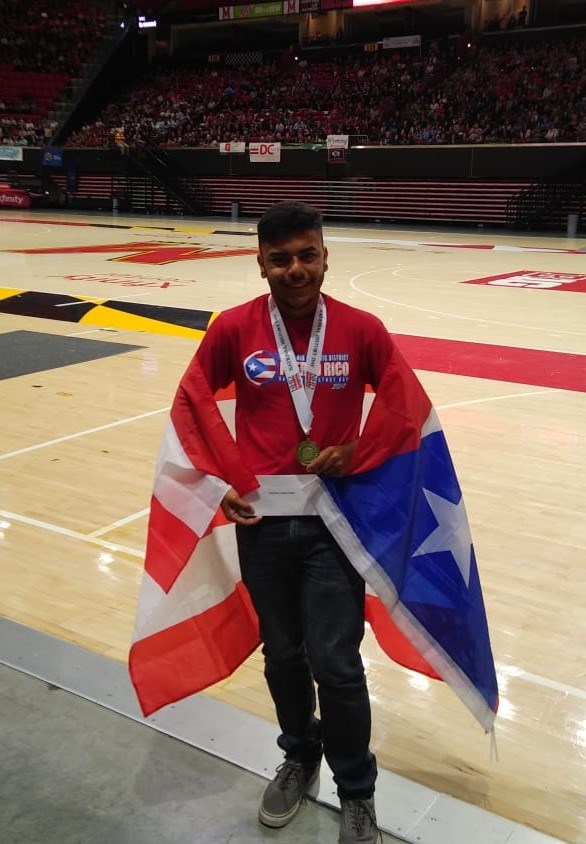 Sebastian PizziniThis year, the US World War I Centennial Commission had the honor of interviewing Sebastian Pizzini from Puerto Rico. His original work, Heroes: African Americans in World War I, placed first in the Senior Division: Individual Documentary category.

Sebastian first took an interest in World War One history in 10th grade from his teacher Mr. Proskauer. Pizzini informed the commission that there wasn’t one specific topic that drew his attention to World War One, but rather the conflict as a whole “just stuck” with him. With Pizzini entering into the National History Day Contest, he knew World War One would fit into the parameters of the contest, but he obviously needed to narrow his focus. From there, he then moved his focus on a lesser known topic in American military history, African Americans in the World War One.

Pizzini described his research as a real “eye-opener” because African American involvement in the war was never covered in much depth during his formal education. He learned that of all the African Americans to serve in uniform, only 20 percent were engaged in combat while 80 percent were used for hard-labor. His project noted that the tasks that these African American soldiers were ordered to do had an unsettling connection to Slavery in America’s past time. Despite these harsh realities, African American service in World War One would help lay the foundation for the Civil Rights movement several decades later.

When asked about his experience with the National History Day Contest, Pizzini spoke highly of the program, but also revealed some of the difficulties associated with conducting original research. Pizzini’s project was presented in a documentary format and this led to some difficulties. For example, he mentioned the difficulties of finding the appropriate imagery for certain pieces of information in his documentary, while remaining historically accurate.

Other difficulties came from being the sole person behind the project. For this reason, he felt overwhelmed at times managing all the moving parts by himself. Despite these difficulties, “I had my classmates to motivate me and also had Mr. Proskauer,” to help guide him through the whole process, said Pizzini.

Once Pizzini entered the competition he confessed that he was nervous since he had never participated in a competition like this one before. Obviously he had nothing to be worried about because he would later be informed that he would be advancing to the National competition. With the great news Pizzini said he was “super excited” but still a bit nervous because he had to make some adjustments and do some final tuning prior to entering the National Contest.

Despite all the stress and preparation that went into the competition, Pizzini thoroughly enjoyed the experience. Pizzini was able to meet students from across the United States and the world and learn more about what they had worked on for several months leading to the competition.

Finally, when asked to give some advice to students who are considering entering similar competitions, Pizzini had this to say: “Never give up! In the beginning it may seem overwhelming but you have to focus on doing your best because once you finish, you look back at all the hard work and all those times you had to push hard and it gives you a feeling of accomplishment and it feels great!”

Joshua Baker is a Summer 2019 Intern with the U.S. World War One Centennial Commission. 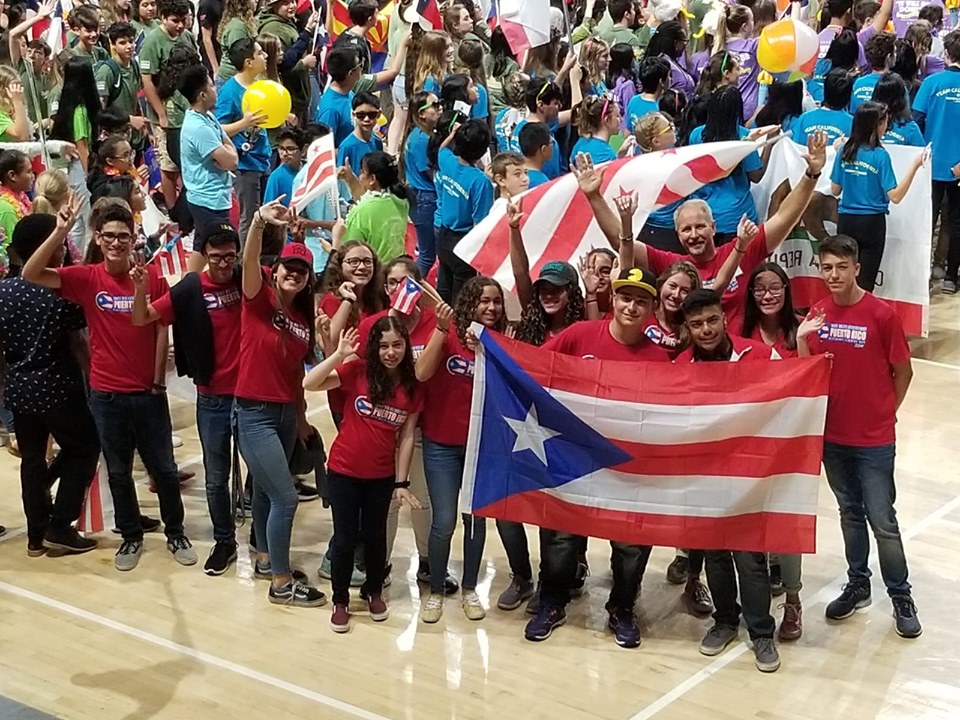 Sebastian Pizzini and the other members of the Puerto Rico team celebrate at the National History Day National Contest at the University of Maryland at College Park.