The Michigan WW1 Centennial Commission has nominated Major General George O. Squier the National Aviation Hall of Fame. Squier made a tremendous impact on early military aviation. He was the pioneer in military aviation, making the U.S. Army leaders in this field until the World War 1. He also established Langley Field which served as a research facility for civilian and military aviation and eventually space travel. 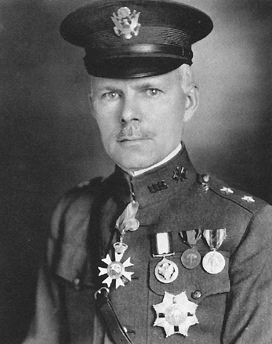 Major General George Owen SquierSquier's invention of multiplexing enabled telecommunications to be scalable and affordable which benefited mankind and the military. This also allowed the internet or world wide web to develop. Without the innovations of George O. Squire, our lives would be vastly different today.

From May 1916 to February 1917, he was Chief of the Aviation Section, U.S. Signal Corps, the first successor of the Aeronautical Division, before being promoted to major general and appointed Chief Signal Officer during World War I.  Squier wrote the paper that created the U.S. Army Signal Corps, Aeronautical Division, on August 1, 1907. This becomes the first "Heavier Than Air" unit in the U.S.Military. This will eventually become the U.S. Air Force 40 years later. He was commandant of the Army Signal school at Fort Leavenworth at the time when they were teaching about "Lighter than Air" aircraft.

Squier wrote the first specifications for a military aircraft to be purchased by the U.S. Army which was to be produced by the Wright Brothers in 1908.

He was the first military passenger on an airplane on September 12, 1908 on the Wright Brothers Flyer.

He was responsible for the purchase of 1,659 Acres of Virginia farmland that became Langley Field in late 1916. Langley Field was named by then Lt. Col. G.O. Squier after Samuel Langley and became the principal research facility of military and civilian aviation. He founded the Army's aviation research laboratory there.

He patented multi-plexing which is the ability to send multiple signals over the same wire by dividing up the bandwidth. This would allow the telecommunications and the internet, to be scalable. This also resulted in the formation of the company called Muzak which piped music in on telephone lines and eventually became known as "Elevator Music".

He was head signal officer during World War 1, which made him responsible for all communications and aviation. He oversaw the production, training and operations of the aviation assets during WW1.

He contributed to two of the "High Tech" sciences in the early 20th century namely telecommunications and aviation. Both would later become important part of our lives.

Squier was the first U.S. Army Officer to have a Doctorate degree. His was in Physics from John Hopkins University. 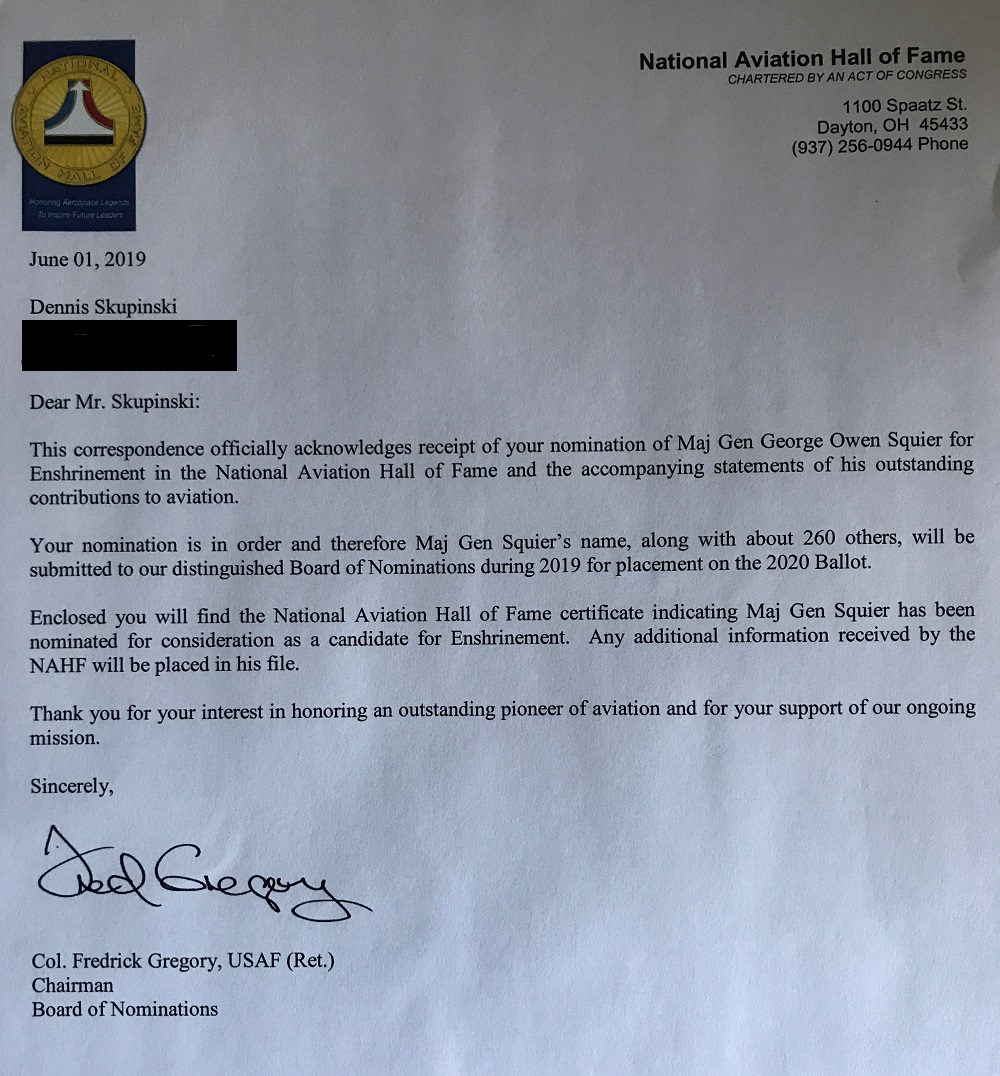