"One can only wonder what would have happened if these US equines had not contributed to the war efforts."

Since 2017, the Brooke USA organization has put the spotlight on the services of American horses and Mules in World War I through their very popular Horse Heroes site here on the United States World War I Centennial Commission web site. As the commemoration period for the centennial of World War I winds down, we wanted to follow up with the Brooke team to review everything the organization has done to put a well-deserved spotlight on the horses and mules that supported the war effort of the United States and its Allies a century ago, and also talk about the Brooke mission to support the 21st Century Horse Heroes that make life better for people in the developing world.  Brooke USA Executive Director Emily Dulin, and Brooke USA's Horse Heroes Special Project Volunteer Jo Ellen Hayden, took the time to answer a few questions for us.

You have been busy since we last visited! Tell us about your current projects at Brooke USA. 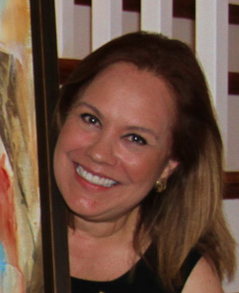 Emily DulinBecause Brooke USA is such a young organization and our growth has been so rapid, we are always working on new projects and campaigns. We have even made some changes to our mission to better reflect the areas of the world we support; we simply wanted to be more explicit and share with supporters how we ensure that the funds we raise are put to the best use. Our new mission is to significantly improve the welfare of working horses, donkeys and mules and the people they serve throughout Asia, Africa, the Middle East, the Americas and the Caribbean by raising funds and responsibly directing them to the areas of greatest need. We do this through a holistic approach to funding which includes capacity building, sustainability programming, female empowerment and international advocacy. Brooke USA connects private philanthropists with their passion for helping relieve the suffering of working equines and their owners.

In addition, we have been very disciplined as to what programs we have funded, allowing us to stay more focused and provide more concentrated service in certain geographic areas. During 2019, we are raising funds to support the extraordinary work of Brooke West Africa which serves as an example of programmatic excellence for the African continent. We know that by helping Senegal its goal to improve the welfare of 150,000 working equines, we are making a huge dent in other countries which adopt and emulate these programs.

We continue to support the work of Brooke India as it relates to improving the quality of life of working equines in the brick kilns. We are funding Brooke's work in 3,245 brick kiln sites, offering emergency vet treatment and vaccinations as well as advice on disease prevention. From Brooke USA's standpoint by engaging and training local service providers such as farriers, saddlers and cart makers, we can ensure that access to service is granted to poorest communities.

We also continue to fund our four-year commitment to Brooke East Africa where we focus on improving the welfare of donkeys and strengthen the livelihoods of women in Kenya. Women in the area are highly dependent on the use of their donkeys, mainly for household tasks, such as collecting water and fire-wood, which they transport over distances as much as 10 miles to and from their homes. It through Brooke USA funding that women are able to learn better animal husbandry to ensure the health and well-being of their donkeys. 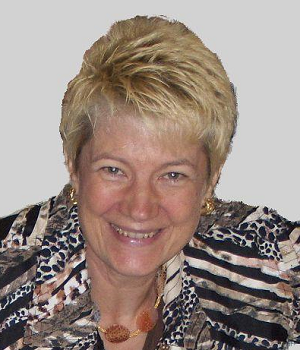 Jo Ellen HaydenWe have already launched two major campaigns; one of the them seeks to raise funds for the construction of three equine health posts in Ethiopia. Our goal is for these clinics to become operational by the end of the year, providing services to communities who would otherwise not have access to veterinary care. In Brooke fashion, these clinics will be staffed by local providers and community members although they will first be trained by Brooke professionals. And, finally, although unexpected, we just launched an emergency campaign to support Brooke in its efforts to ban the donkey trade in Kenya. Donkeys are being slaughtered for their hides to meet an ever-increasing demand for Ejiao, which is used in traditional Chinese medicine. Ejiao is made from the gelatin produced from donkey hides.The treatment of donkeys in this process is often gruesome and has a huge impact on the livelihoods of people in the areas we serve. Donkeys are being stolen, horrifically mistreated and cruelly slaughtered. The current rate of theft, smuggling and slaughter in East Africa has the potential to kill one thousand donkeys every single day. Not only are donkeys suffering and being killed at an unprecedented rate, but the loss of a donkey is crushing for the people who depend on these animals to survive. For more information on any of our campaigns, please visit www.BrookeUSA.org.

Tell us about Brooke's involvement with the Hampton Classic and other such events.

We are not involved in the Hampton Classic but would certainly love to partner with the organizers to share our mission and increase awareness for our cause. With that said, throughout the year, we do partner with a number of horse shows, allowing us to connect with old friends and make new ones. To date, we have committed to California's Woodside Circuit Opener and Bay Area Summer Festival (both organized by Langer Equestrian Group), California's Del Mar International World Cup Week CSI3*W (organized by West Palms Event Management); the Pennsylvania National Horse Show, and North Carolina's Tryon Fall 6 (AA/Level 6 CSI3*) (organized by Equestrian Sports Management). In addition, thanks to commitment of so many loyal supporters, we host several events across the country through our Paint America Orange third-party programming.

This year, thanks to our partner Motlow Creek Equestrian Center, and in conjunction with the Spartanburg Philharmonic, we are organizing our first Divertimentos & Dressage, an evening which features a live orchestra performing classical pieces to the choreographed movements of dressage horses. And, never to be forgotten, our yearly and very successful Brooke USA's Sunset Polo™ & White Party which is held every March in Wellington and features a veritable who's who of the equestrian world as guests. This year, we raised $500,000 from the event, and $1.7 million cumulatively since its inception.

We always have room to bring on new partners and work with friends to create unique and lasting events. For more information, anyone can email Emily Dulin, Executive Director at Emily.Dulin@BrookeUSA.org.

The Horse Heroes webpage on our website has seen a bunch of activity, as well -- What stories will people find there?

The Horse Heroes webpage pays tribute to many contributions of equines who served during World War I; they certainly worked side-by-side their humans and in many cases, also paid the ultimate price. Viewers may be shocked to learn that two thirds of the horses and most of the mules used during the Great War came from America, and one can only wonder what would have happened if these US equines had not contributed to the war efforts. Moreover, most interesting is the fact that they were not only used by the cavalry but every single branch of the armed forces had a use for them - whether in the midst of a battle, rescuing wounded soldiers, hauling goods to camps, pulling vehicles with ammunition or simply being ridden by officers. The entire website is organized in a manner that makes it simple to learn about their enormous contributions.

We are certain that this webpage meets The United States World War One Centennial Commission's goal of educating the American people about the causes, courses and consequences of World War One, commemorating U.S. involvement in that war, and honoring the service and sacrifice of American servicemen and women, and animals in the war. Brooke USA could have never compiled the body of work and knowledge of this page without the tireless work of our very own volunteer, member of our Dots affinity group, and a trained historian Jo Ellen Hayden from Lexington, KY. This is her brainchild and we salute her.

The story of the Brooke organization, and Brooke's activism stems directly from World War I. Remind our readers about your organization's background, and your history of advocating on behalf of our animal friends.

The story of Brooke: Action for Working Horses & Mules begins with its founder Dorothy Brooke who moved to Egypt in 1930, the newly married wife of British Cavalry Officer Brigadier Geoffrey Brooke. Dorothy soon discovered that several thousand former British war horses who had served their country bravely during World War I had been abandoned and left behind by the army after the war. These noble animals had been sold into lives of unimaginable hardship, working on the mean streets of Cairo in the early 1900s. Upon meeting one of those old war horses in particular, Dorothy wrote, "I shall never forget the shock he gave me. I stood staring at him. Heaven knows the other horses were bad enough but somehow he was different. Obviously he had been a good horse, once. He had been happy and well fed as other horses had never been. He had been born in England; had known our green fields, had been groomed and cared for. He had moreover served in Palestine and had suffered hardships in that Campaign as few horses have endured in modern times. And then we had sold him into this."

It was from this moment that her life became dedicated to the welfare of Egypt’s working equines, establishing Brooke Hospital for Animals in 1934. Dorothy set about rescuing those heroic horses, and by the time she was through, more than 5,000 old war horses and mules had been reclaimed, and their suffering was peacefully ended. Since its founding, Brooke has led the way in providing help for working equines and their owners in the developing world, including Afghanistan, Egypt, Ethiopia, Guatemala, India, Kenya, Nepal, Nicaragua, Pakistan and Senegal.

Undoubtedly, Dorothy's pioneering spirit continues today, but has expanded in scope.The tragedy of World War I gave birth to a vision, and today, the Brooke family of charities, including Brooke USA, form the world's largest international equine welfare organization. There are approximately 100 million working horses, donkeys and mules in the developing world and 80% of them are suffering from preventable problems. Today, Brooke USA has emerged as one of Brooke's lead funding partners. By funding projects in countries around the globe, Brooke USA helps equine owners, service providers, and governments in the developing world to implement solutions for enormous animal welfare challenges. These projects have installed water troughs for thirsty animals in Ethiopia, assisted workers in drought-ridden Guatemala to plant hardy fodder for equine feed, and helped stop the spread of deadly disease in horses in India.

Where can people learn more about Brooke USA and your efforts?

There are a myriad of ways in which people can learn about our work. First and foremost, those interested should visit our website at www.BrookeUSA.org. Those interested in helping should follow us on social media for the latest programs we are working on, or simply call a staff member at 859-296-0037.