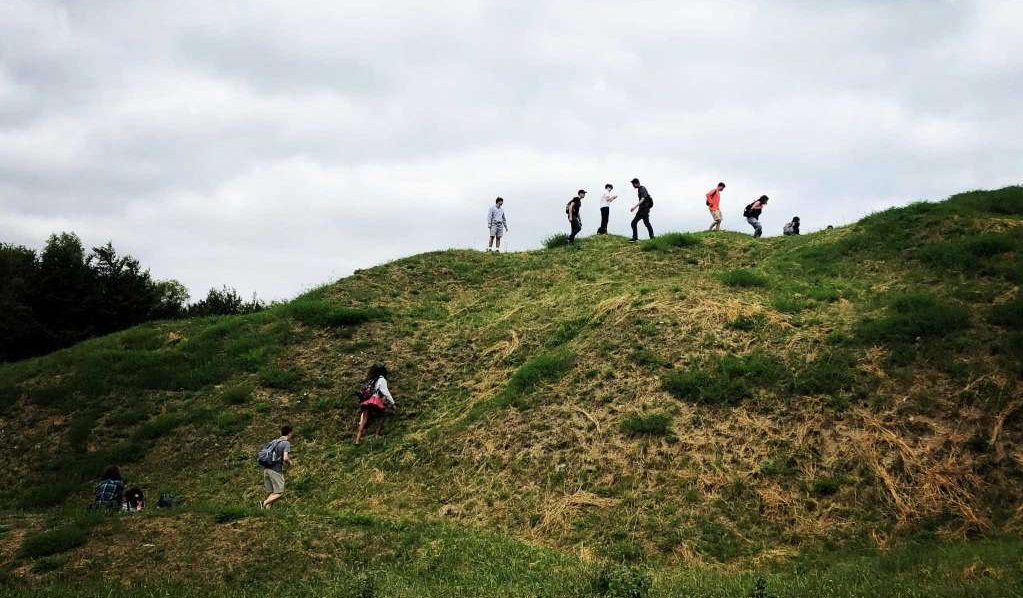 Ridgefield High School seniors Aaron Cohen and Mairead Lacey were among a group of 15 students who participated in the "Digging Into History: WWI Trench Restoration” program in Seicheprey, France this summer. The program brought participants to the site of the first German offensive against American troops to restore a section of trench once occupied by Connecticut’s 102nd Infantry Regiment. The group tours Fort Douaumont in the picture above.

The three-week innovative experiential learning program brought fifteen Connecticut high school students to the site of the first German offensive against American troops to restore a section of trench once occupied by Connecticut’s 102d Infantry Regiment.

“This program, the only one of its kind in the United States, was a spectacular success and resulted in a life changing experience for students and chaperones alike,” said Christine Pittsley, project director of the state library’s “Remembering World War One: Sharing History and Preserving Memories” program.

Students cataloged the finds and documented their work through photos and video that will become part of the Connecticut State Library’s permanent archives.

Read the entire article on the MySA web site here: