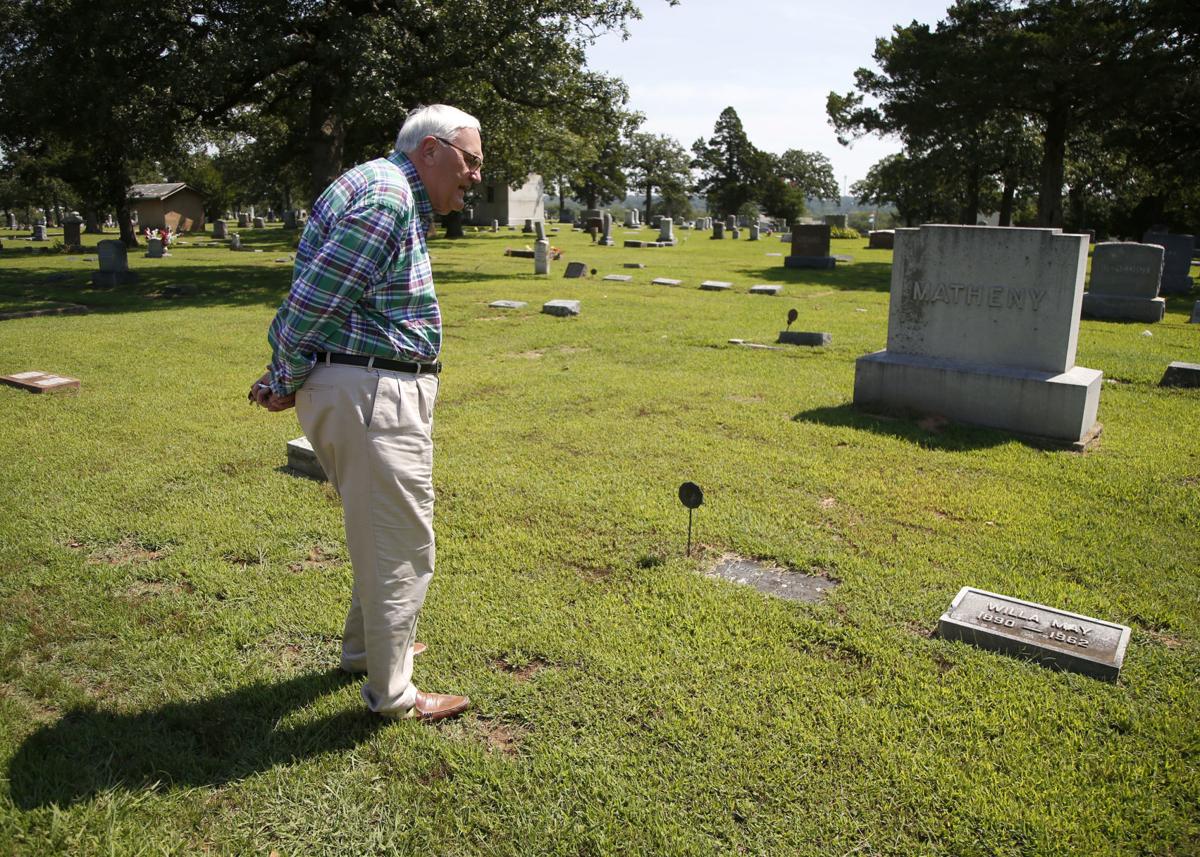 Paul Vassar looks at the grave of Arthur Matheny, one of six young men from Chandler, OK killed on the same day in World War I. Vassar, a retired district judge, has written a book about what was a tragic loss for his hometown.

A century ago in World War I, six soldiers from Chandler, OK were killed on the same day

CHANDLER — Only the names on the telegrams were different.

Otherwise, the six were exactly the same: Same date. Same place. Even the same wording.

“It must’ve been gut-wrenching,” said Paul Vassar, who still has a hard time grasping what it was like for his hometown — losing six of its young men on the same day in World War I.

“Chandler was an even smaller community then, where all the families knew each other,” he said.

Although the deaths occurred on Oct. 8, 1918, it was three weeks before the news arrived in Chandler and telegrams were sent to the families.

Making the loss even harder to swallow, just a week later that same telegraph relayed another big news item: An armistice had been signed.

The war was over.

“How terribly bittersweet that must’ve been,” Vassar said.

A retired district judge for Lincoln and Pottawatomie counties, Vassar has written a book about this tragic chapter in his hometown’s history. It’s called “The Boys: The Story of a Town and War.”

The men were part of a Chandler-area National Guard unit sent to France to fight.

“Sadly, the story was lost to time,” Vassar said. “I wasn’t aware of most of it until I started researching.”

Read the entire article on the Tulsa World web site.