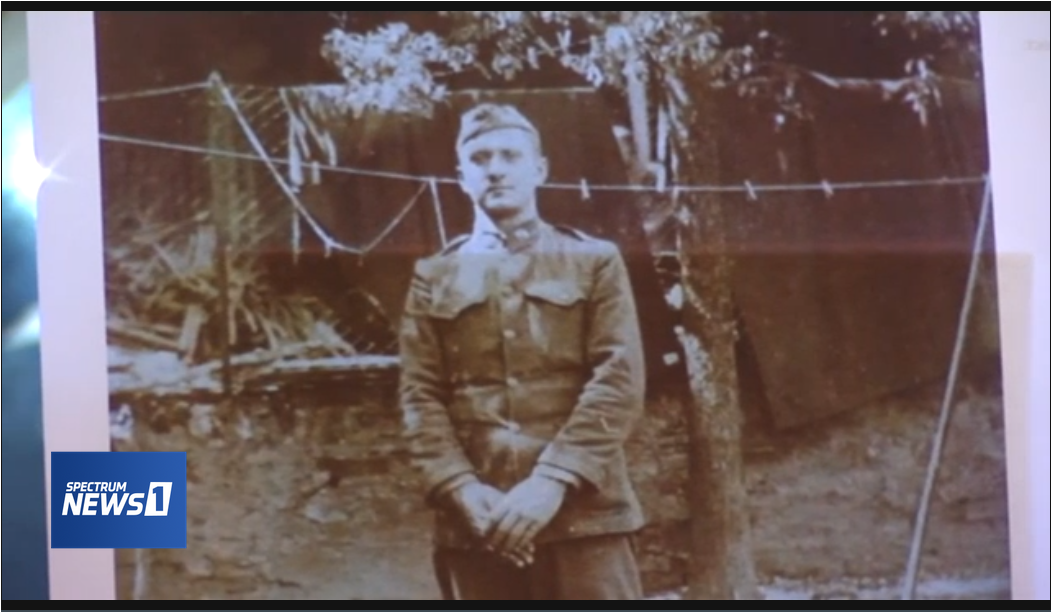 Kentucky soldier Clifford Fralick in France during World War I. Fralick's dog tag was recently discovered and returned to his family, 100 years after the war ended..

CRESTWOOD, KY — At first Larry Fralick thought it was a scam call. A man with a French accent on the other end of the line was trying to convince him he found something that belonged to his family.

Turns out he was telling the truth. "He sent us a picture of the metal detector he used to find it, Fralick tells Spectrum News 1. Fralick's grandfather, Clifford, spent his entire life in Louisville apart from his service in World War I. Thankfully, the Army private returned home from the Great War in 1917.

According to his grandson, Larry, the war veteran didn't share too many stories about his time fighting in France.

"Just day after day going from foxhole to foxhole and fighting and how much it rained and how muddy it was." are the details Larry Fralick recalls.

Mr. Olivier Bena, the mysterious caller, convinced Clifford's descendants that the soldier left something behind.

“I wish you good reception and thank you for having responded favorably to this approach which was really close to my heart. Best Regards, Oliver Bena" the man wrote in a letter to the Fralicks along with a now prized possession.

Read the entire article and watch the video on the Spectrum News 1 web site.