Two lectures on September 7 at the Knights of Columbus Museum in New Haven, CT  will be the final events in the museum’s exhibition World War I: Beyond the Front Lines, which concludes September 8.

At 11:00a.m. on the 7th, War Within War: The 1918 Influenza in America will examine the impact of the so-called "Spanish Flu" on America and the world.  At 2:00 p.m. on the 7th, The Red Baron & Military Aviation Developments in World War I will examine a key figure in the rise and impact of military aviation spawned by the world conflict. Free parking and admission is offered to both events. 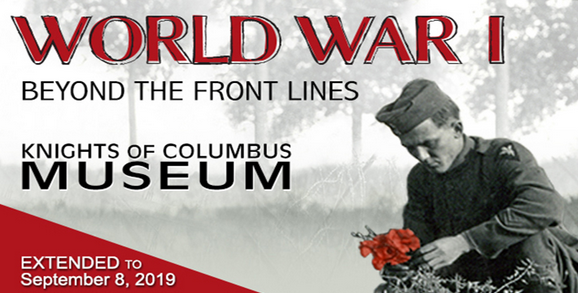 The early years of the 20th century were a time of growing tension in the United States and abroad. 1914 marked the first time that a single military conflict would have significant impact on a global scale. Though U.S. involvement in the war in 1917 would tip the balance if favor of the Allied Powers and bring fighting to an end, still another watershed event was forming in Western Europe. An influenza outbreak, aided by the effects of war, spread rapidly and extensively to other world regions.

The disease, commonly known as “Spanish Flu,” added to the misery America felt as a result of war casualties, and brought added hardship at a time when people sought to reclaim life as they knew it before international warfare. Simon Perlsweig, an author and historical researcher, will discuss the bearing of the nation that was, at once, celebrating victory “over there” while mourning losses at home.

Perlsweig recently published Front Porches to Front Lines, a historical memoir of World War I and the concurrent influenza epidemic, providing an account of his maternal great-grandparents, who lived in Springfield, Vermont, during the Great War.

World War I was the first global military conflict in history. Aircraft were used on a wide scale and in all theaters of operations. Historian and author Peter Kilduff will focus on one of the most prominent WWI pilots to talk about the evolution of aviation throughout the conflict: Captain Manfred von Richthofen, a.k.a. the Red Baron.

The Great War began less than 11 years after the Wright Brothers’ first powered flight in 1903. In that short time, however, airplanes evolved from box kite-like machines to more solid, better performing flying craft using regularly for reconnaissance and bombing missions.

Kilduff is regarded as an expert on the life von Richthofen, the World War I German flying ace. Formerly a magazine editor and president of the League of World War I Aviation Historians, Kilduff has and has written 16 books on the Red Baron and other military topics.

Fought in 1914-1918, World War I was the modern world's first international conflict. Nearly 11 million soldiers were killed, and the war's death toll including civilians approached 20 million. There were approximately another 20 million injuries. 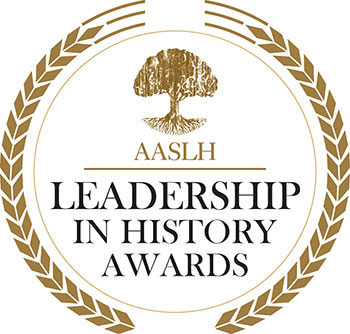 The United States formally entered the war April 6, 1917, although American soldiers did not engage in significant combat until spring of the following year. By Armistice Day, November 11, 1918, more than 116,000 Americans died as a result of the war. Of these, more than 1,600 were Knights of Columbus. Both the first and last American military officers to die during the war were K of C members.

In addition to Knights who served on the battlefield as soldiers, the organization was active in war relief efforts, managing highly successful fundraising drives and providing hospitality to servicemen in America and abroad through Knights of Columbus recreation centers under the motto “Everybody welcome. Everything free.”

The World War I: Beyond the Front Lines exhibition provides a historical retrospective of the war and includes interactives, images and artifacts from the Knights of Columbus archives and museum collection, as well as items from private lenders and institutions. A complementary series of WWI-related lectures and presentations will be offered throughout the course of the exhibition.

The American Association for State and Local History (AASLH) selected the Knights of Columbus Museum as a 2018 Award of Merit recipient for the World War I exhibition. The honor is among the most prestigious recognition for achievement in the preservation and interpretation of history.