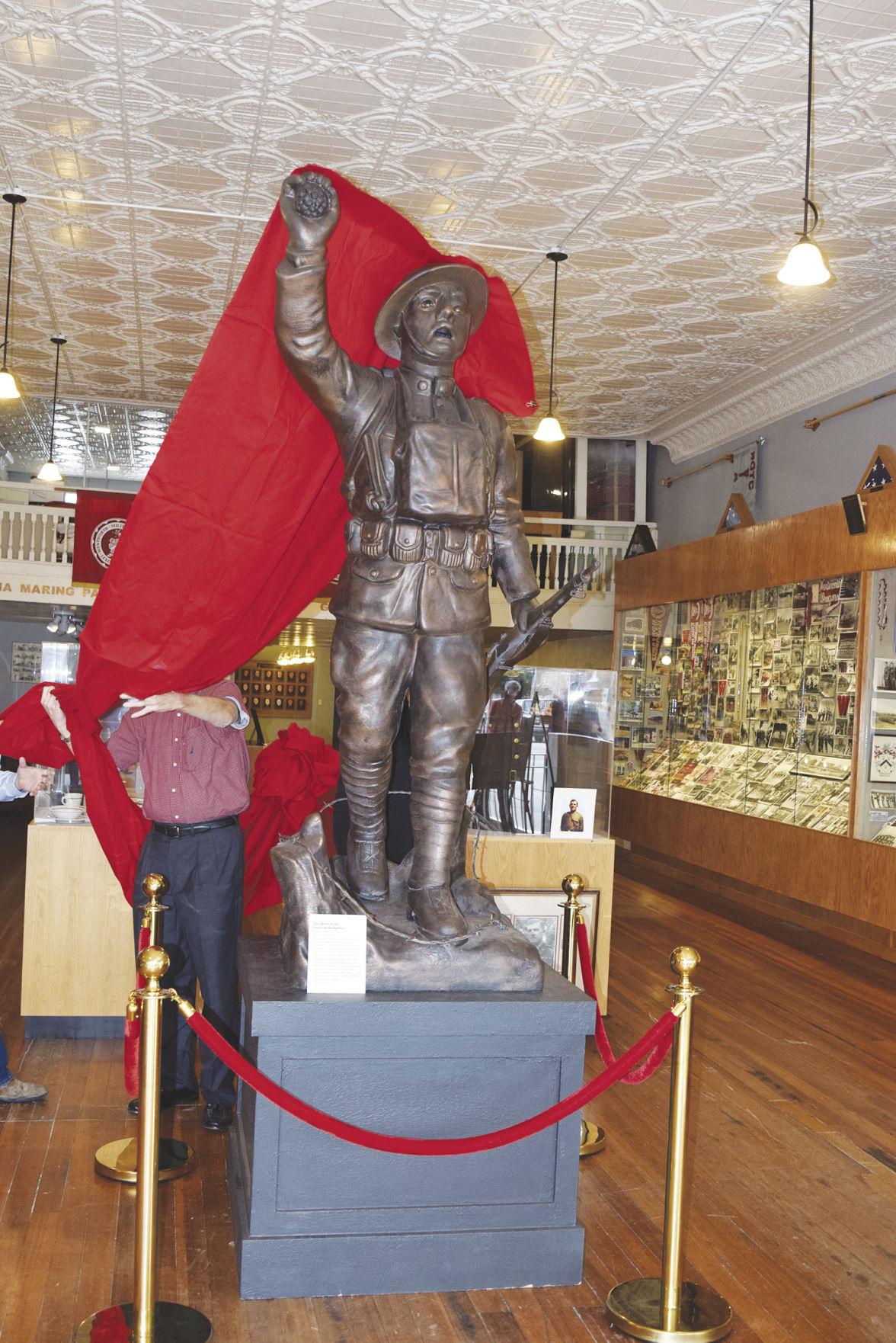 “This is a $20,000, state-of-the-art replica of our Doughboy,” museum Chairman George Hittner said. “It is light enough to be on these very historic floors.”

The replica statue was constructed by computer-scanning and scaling up from one of the miniature foot-tall statuettes (which look a little different from the actual outdoor sculptures) and 3D-printed life-size in Styrofoam for a traveling WWI exhibit that began in St. Paul, Minnesota, and was sponsored by the Minnesota Historical Society.

After the exhibit ended in August of 2019, the replica needed a new home, or else it, along with the rest of the exhibit, would have ended up being dismantled and destroyed. The publishers of the E. M. Viquesney Doughboy Database suggested the Wentworth Military Academy Museum in Lexington, Missouri as a good candidate to receive the statue. Museum Chairman George Hittner of the Houston, TX, area was helpful in coordinating the fundraising efforts to pay the shipping costs of the statue from its last location in Austin.

The replica was constructed by William Maple and crew of Maple & Associates of Newbury Park, California. The bayonet was not present on the original miniature, and it was not added onto the scaled-up replica because of safety concerns and the difficulty of constructing a reproduction of a thin bayonet blade out of fragile Styrofoam.

The Wentworth Military Academy Museum is quite happy with its new acquisition.