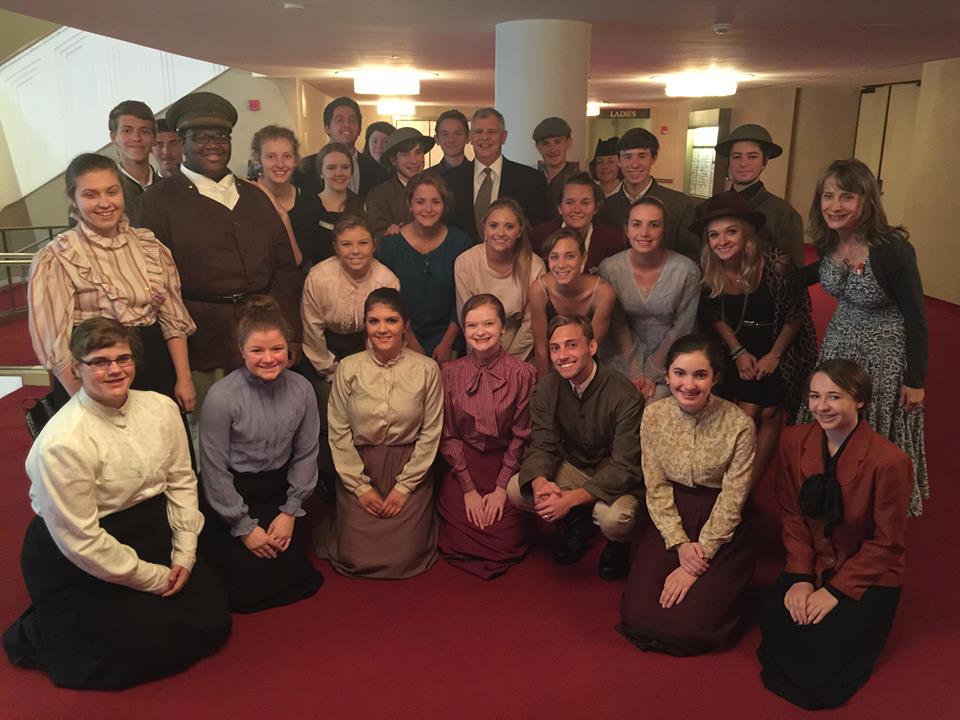 Washington, DC - WINGS Performing Arts of the Lynn Meadows Discovery Center presented Remembrance, a musical play about World War One, on August 6, 2015 at the Kennedy Center's Millennium stage at 6 PM. Remembrance was nominated to perform by the office of Senator Thad Cochran of Mississippi.

Robert Dalessandro, Chair of the World War One Centennial Commission, introduced the performance.  He also met with the cast backstage.  Video of the performance has been posted by the Kennedy Center here.

The original production, created and developed by WINGS Director Tonya Hays and WINGS high school students and alumni toured schools and college campuses and was sponsored by the Mississippi Humanities Council, the MGCCC Innovator's Award Grant and funding from the Junior Auxiliary of Gulfport. Twenty five members of the WINGS High School Ensemble, the Shooting Stars along with family members will travel to Washington, DC. 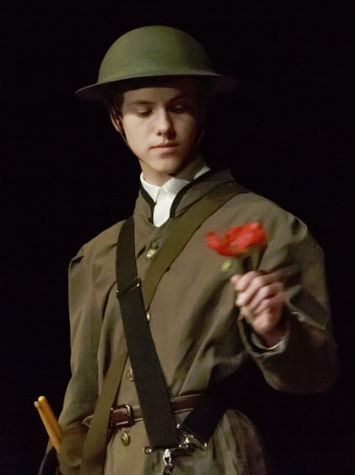 The nationally recognized WINGS Performing Arts program of Lynn Meadows Discovery Center presents Remembrance, created in honor of the 100th Anniversary of the Great War. A woman in white sings a lament entreating the audience to join in the remembrance of those lost in World War I. A theatrical journey begins with the words from the men and women who lived this history. Based on the rich legacy of WWI poems, letters and music Remembrance honors the patriotism, sacrifice, desolation and aftermath of this tragic time. An ensemble cast of actors, dancers, and musicians take on the roles of soldiers, sweethearts and musicians while functioning as troubadours with such songs as Keep the Home Fires Burning, Over There and Always Remembered.

Remembrance has taken the cast, crew and production team on a journey through a challenging time in history. The students performing and producing the show have worked diligently through their research, design and committed performances to give voice to the men and women who's words and music they are honored to share with audiences. Remembrance swept half the major awards at the Mississippi Theatre Association. The show has toured and been performed for approximately 2,000 students, community members and veterans. The students have led workshops and talk backs for government and theatre classes. 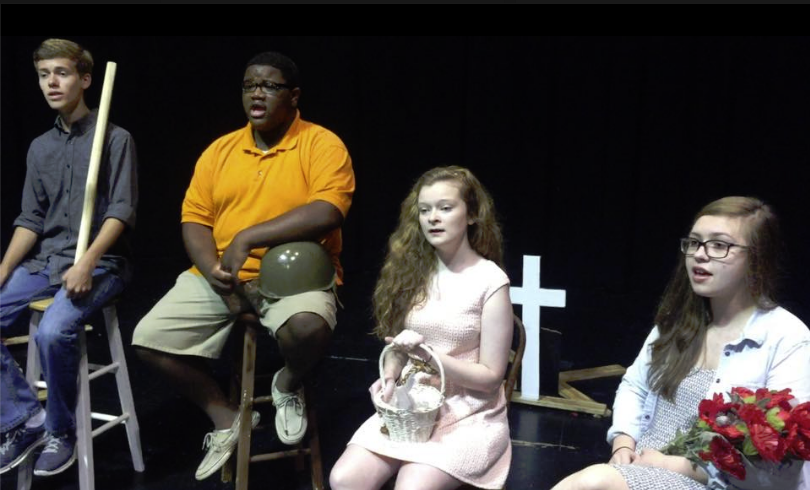 The most meaningful experience by far has been the performances for the veterans. They have been moved to tears, given standing ovations and thanked the performers for honoring the sacrifices and dedication of those who strive for freedom. Remembrance is dedicated to them.

WINGS Performing Arts program, now in its 16th year, nurtures the talent and spirit of young people through the arts, community service and leadership. WINGS has been awarded the Coming up Taller from the President’s Council on the Arts and Humanities, the Mississippi Governor’s Award for Excellence in Arts Education and the Mississippi Humanities Educator Award. Over 500 students from grades K-12 participate annually in this program. Ten productions throughout the year reach in excess of 40,000 audience members, including the traditionally underserved demographics of the young and the elderly. WINGS has performed across the country at the Tony Award winning Oregon Shakespeare Festival at the National WWII Museum's Canteen Theatre and in the Southeastern Theatre Conferences' Fringe Festival.

Ninety eight percent of students completing the WINGS program go on to attend college. All receive scholarships and grant awards for their involvement and work in the program that prides itself on presenting innovative theatrical work such as Remembrance. The home of the WINGS program is Lynn Meadows Discovery Center, Mississippi's first children's museum which has been ranked as one of the Top 50 in the country.