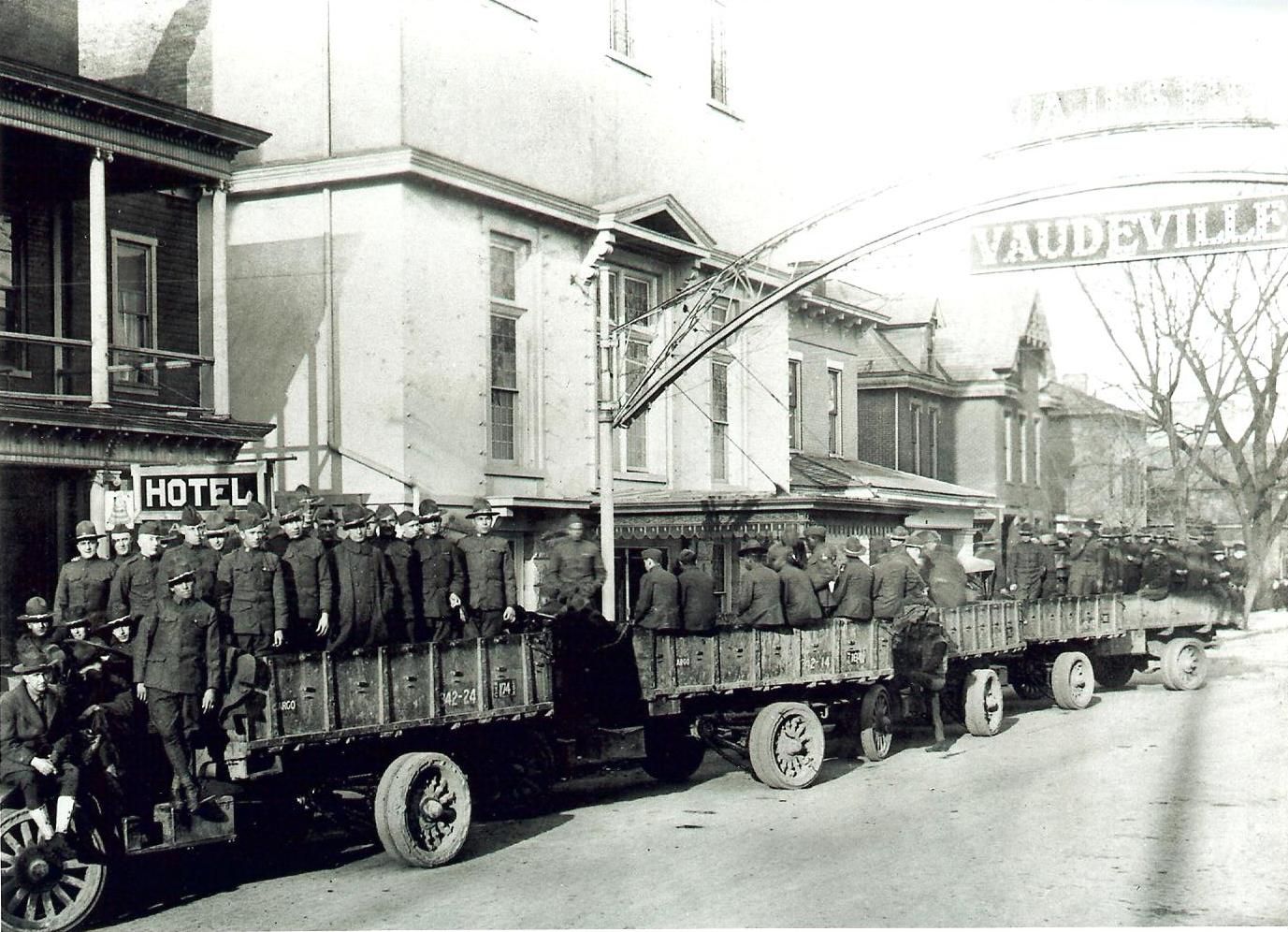 Convalescing soldiers from the Camp Sherman, Ohio base hospital in front of Chillicothe's Majestic Theatre.

On the morning of Dec. 4, 1918, three weeks after the Armistice was signed that ended World War I, President Woodrow Wilson stood on the bridge of the U.S.S. George Washington and waved his hat to the thousands of flag- waving citizens packing the shoreline to wish him a safe voyage. Wilson was departing for the Peace Conference in Paris, France.

As the ocean liner began to make its way out of New York harbor, by sheer chance it crossed paths with a British transport ship returning from France with 2,000 American soldiers aboard. The Doughboys packed the rails and whooped and hollered as the commander-in-chief slowly steamed past them. Unfortunately, though, missing the historic moment were the wounded men lying below deck, unable to get topside to wish the president well.

More than 200,000 American soldiers were wounded in WWI, many of them disfigured, missing limbs, suffering from devastating gas attacks or shell shock. With the signing of the Armistice, the wounded were crossing back across the Atlantic aboard ships like the British transport, and many of them were destined for the base hospital at Camp Sherman in Chillicothe.

All throughout the winter of 1919, the Scioto Gazette carried headlines announcing the arrival of the war injured: “OVER THREE HUNDRED OVERSEAS WOUNDED ARE DUE TO ARRIVE AT CAMP ON THURSDAY.” “MORE WOUNDED MEN ARRIVE.” “ANOTHER BUNCH OF WOUNDED MEN HERE.” And they kept coming and coming. By early April, 1,700 wounded warriors filled the beds at the base hospital.

The hospital was actually a group of 50 buildings facing Frankfort Pike (Pleasant Valley Road), near where Unioto High School now is. After a tour of the hospital complex, a reporter for the Gazette described it as a “little city in itself.” As for the spirits of the wounded, he insisted, “Everywhere was cheer, bright faces, cheery words, playful interchange of jest and an air of liveliness.” The reporter attributed it to the youth of the wounded that “bubbled up despite their shattered condition.”