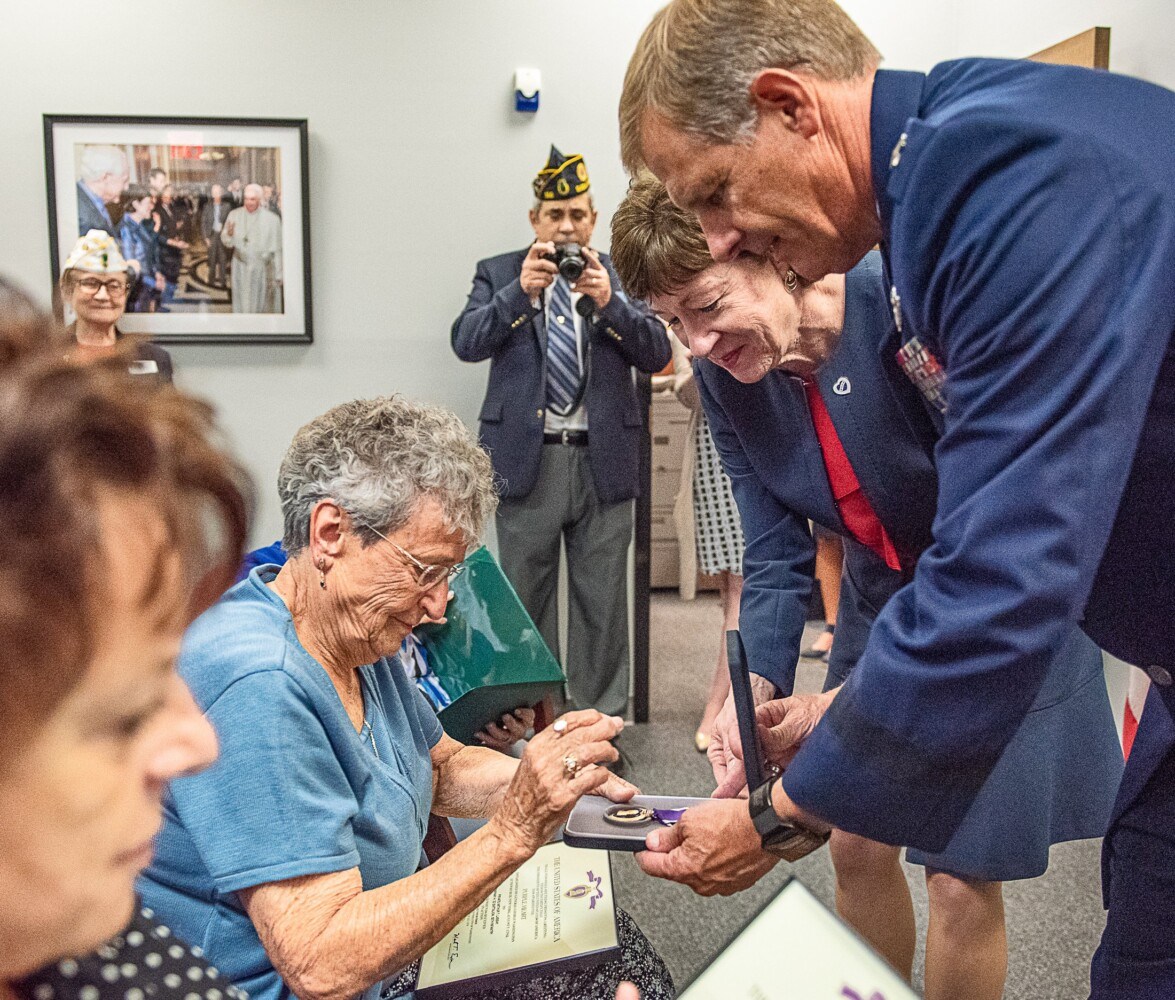 LEWISTON, ME — Arthur Labbay was scrambling from foxhole to foxhole reloading machine guns during a fierce fight in France on July 18, 1918.

It was his first day on the front lines in World War I.

During the firefight, an enemy bullet struck the private’s throat. Despite the seriousness of the injury, Labbay stayed on the job reloading machine guns. Before the day ended, Labbay suffered a second wound, this time to his arm.

The injuries were life-threatening. Labbay stayed in a French hospital for several months recovering from his wounds before he could return home.

“He told us a quarter of an inch more, he would have been gone,” his daughter Pauline Blais said of the throat wound.

More than 101 years later, Labbay finally received the Purple Heart he earned that day. Whether through missing paperwork, the fog of war or an administrative mishap, he had never received his medal.