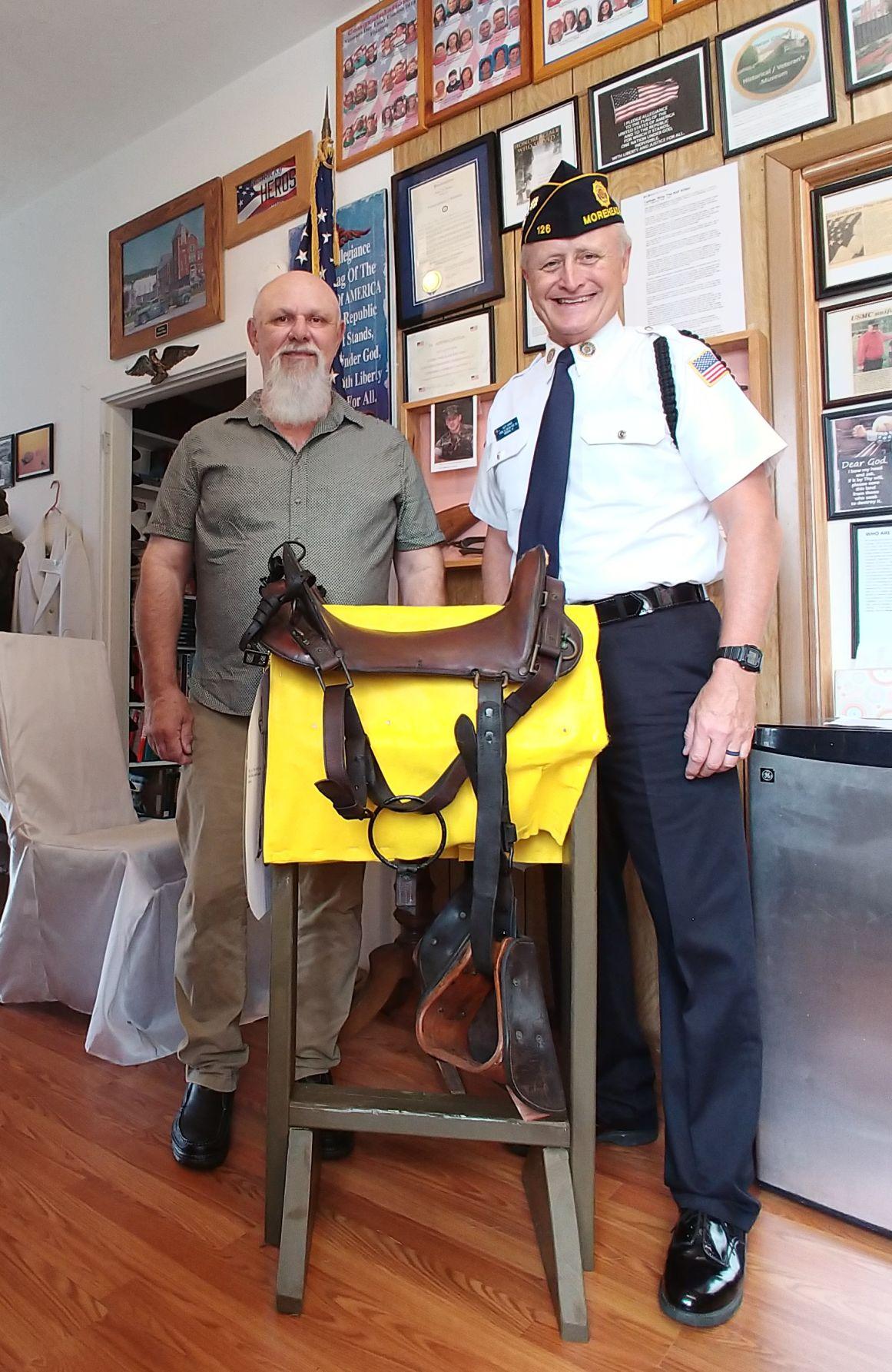 Sisters Joy, Cindy and Diane James donated a saddle passed to them from their step grandfather, Charles B. Proctor.

They advised that the saddle had belonged to Ezra Proctor who served in WWI.

As luck would happen for the museum, Rick Waltz was delivering items to the museum on the same day and observed the aging piece of history.

Waltz proceeded to give the curator a history of the saddle. Waltz actually restores historical saddles and described it as a 1904 McClellan Cavalry Saddle.

Waltz agreed to restore the saddle for presentation in the museum.

This past week he delivered the saddle back to the museum in a restored condition for display.

Research by the museum curator found that the saddle owner was William Ezra Proctor, who served in WWI in 1918.

Records reflect that he was a Captain in the 38th Division, 75th Infantry Brigade, 149th Infantry, Company B. Captain Proctor passed in 1966 and is buried in the Caudill Cemetery in Rowan County.

The Rowan County Veterans Museum extends its appreciation to the James family for the donation of the saddle and to Rick Waltz who donated his time and materials for restoration.

Read the entire article on The Daily Independent web site.