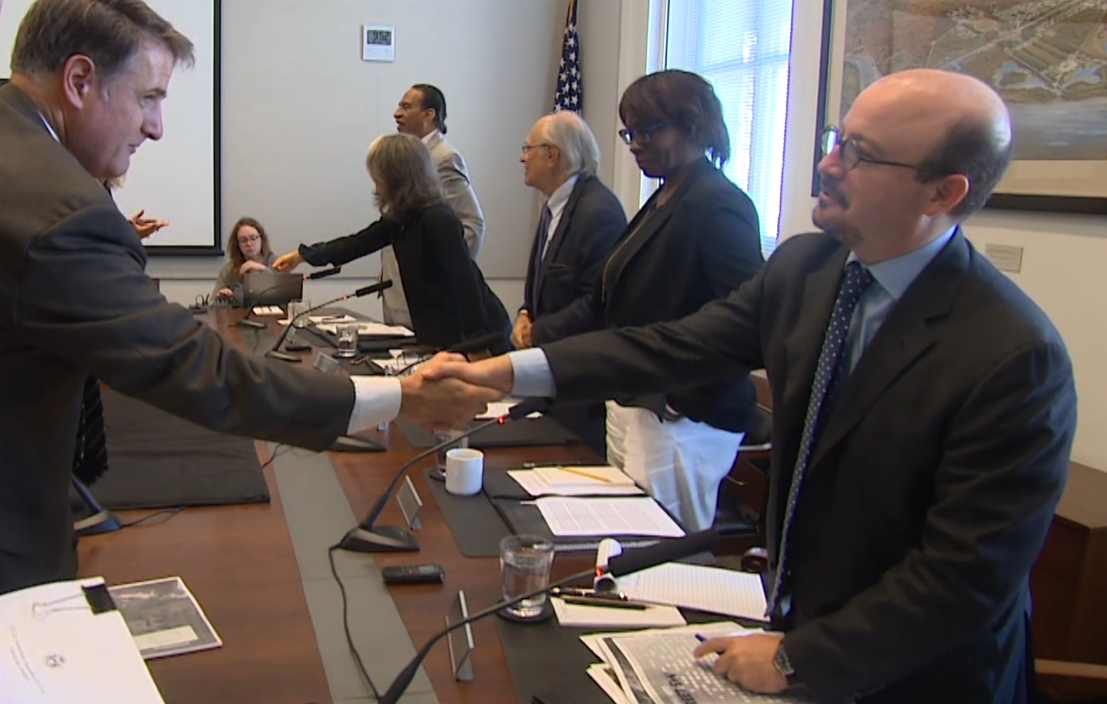 WASHINGTON, DC (9/19/2019) — The design for the new National World War I Memorial on Pennsylvania Avenue in Washington, DC received final approval on Thursday from the United States Commission of Fine Arts (CFA).

“This is a day that all who have worked hard to bring the National World War I Memorial in Washington, DC from concept to reality are very happy to see,” said Terry Hamby, Chair of the U.S World War I Centennial Commission. “This final approval takes us a giant step toward beginning the construction of this long-overdue tribute in our nation’s capital to the 4.7 million Americans who served in America’s armed forces in World War I.”

The Memorial design now goes for final review by the National Capital Planning Commission (NCPC). With the CFA and NCPC design approvals in hand, the Commission will coordinate with the National Park Service to finalize the construction permit so that work can begin this fall to restore Pershing Park and build the Memorial.

The Memorial is being built under the Commission’s authority by the Doughboy Foundation.

Key Congressional sponsors of the Centennial Commission legislation were pleased with the final design approval. “It’s important that we have a tribute in our nation’s capital to the millions of men and women who served during WWI so that future generations may come to understand the sacrifices made on behalf of liberty,” said Congressman Emanuel Cleaver, II of Missouri. “This moment has been a long time coming, and I couldn’t be happier with the result.”

Former Congressman Ted Poe of Texas hailed the approval decision. “All the Doughboys and Sailors of the Great War are gone, but now after 100 years, America will trace their long patriotic journey through this magnificent memorial,” he said. “We shall remember them all, because the worst casualty of war is to be forgotten.”

The design approval by the CFA is the latest successful milestone in a five-year campaign that began in 2014 when Congress authorized the Commission to construct in Pershing Park “appropriate sculptural and other commemorative elements, including landscaping, to further honor the service of members of the United States Armed Forces in World War I.” After an international competition in 2015 that received over 350 entries from around the world, the design of architect Joseph Weishaar featuring a monumental bronze by sculptor Sabin Howard was selected as the winner from among five finalists.

“As the lead designer for this project, I'm proud to say that after 4 years of tireless effort we have at last achieved final approval for the design of the memorial.,” said Weishaar. “This is possibly the greatest hurdle this project has had to overcome and it is a testament to the enduring resolve that the WWI Commission and its supporters have in seeing this project through to completion. It's been a long slough, but now it's time to build a memorial!”

Said Howard: “I am delighted beyond words to pass through this gate and be able to sculpt a memorial that will honor and uplift so many people across this nation.”

The Memorial’s new monumental bronze entitled “A Soldier’s Journey” is being sculpted in clay at Howard’s New Jersey studio, and will be cast in metal in the UK, before being installed in the memorial park along with the existing sculpture of John J. Pershing, General of the Armies of the United States, who commanded the American Expeditionary Forces in World War I. As well as the sculptural works in the park, the Memorial will feature Extended Reality elements to enhance and extend the visitor experience.

“One hundred years ago 4.7 million American families sent their sons and daughters off to a war that would change the world,” said Commission Executive Director Daniel S. Dayton. “Finally, with this Memorial, they will be recognized in the nation’s capital.”

A new, detailed document of the approved memorial design has been issued and is available to the public. The 80-page publication provides a detailed and nuanced look at the new Memorial from broad overview down to minutia including quotes that will be inscribed, surface and stone materials, what kind of plants will grace the park areas, the lighting plan, interpretive elements, handicap access and more. The document can be downloaded as a .pdf at ww1cc.org/memorial-design and is available now. 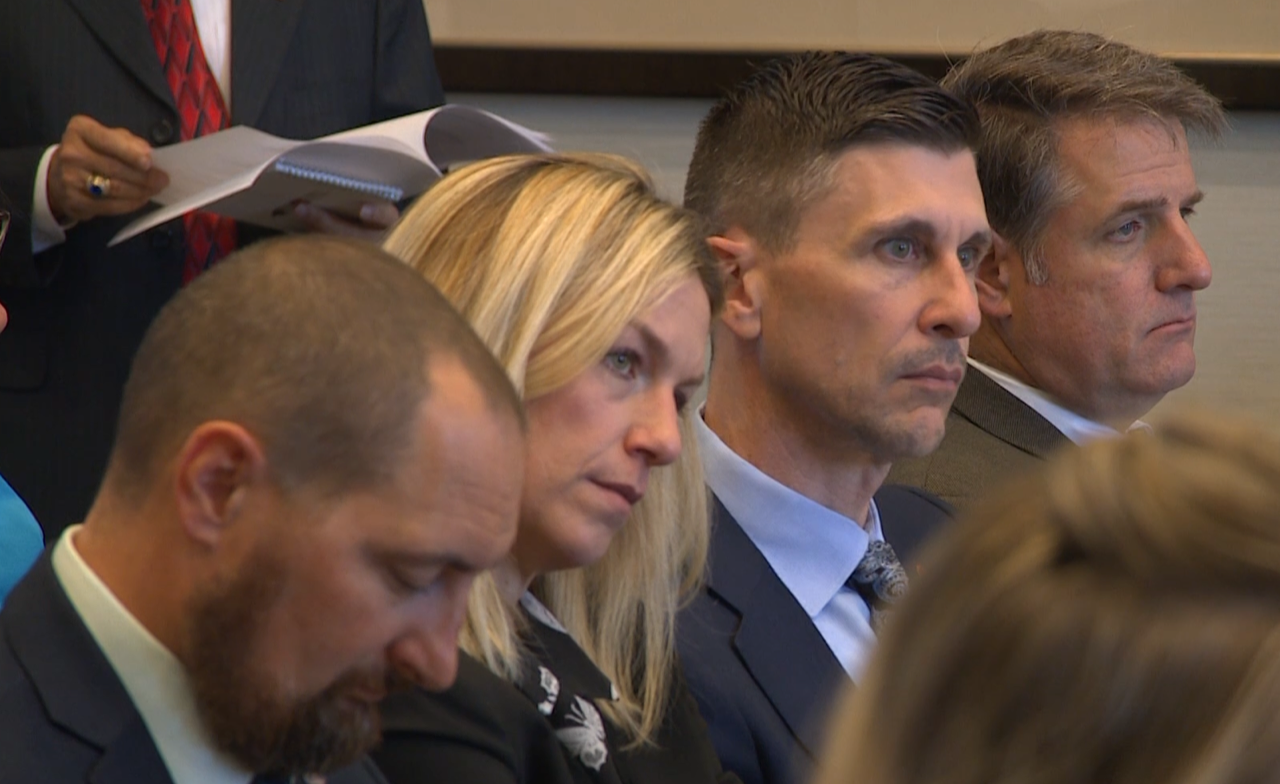 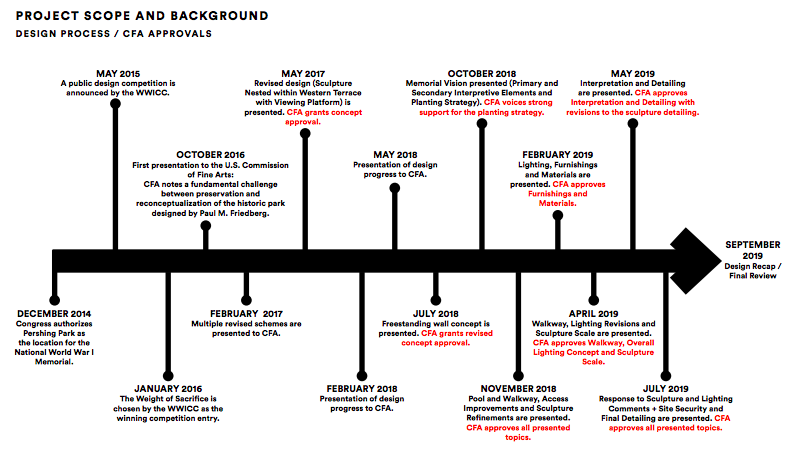 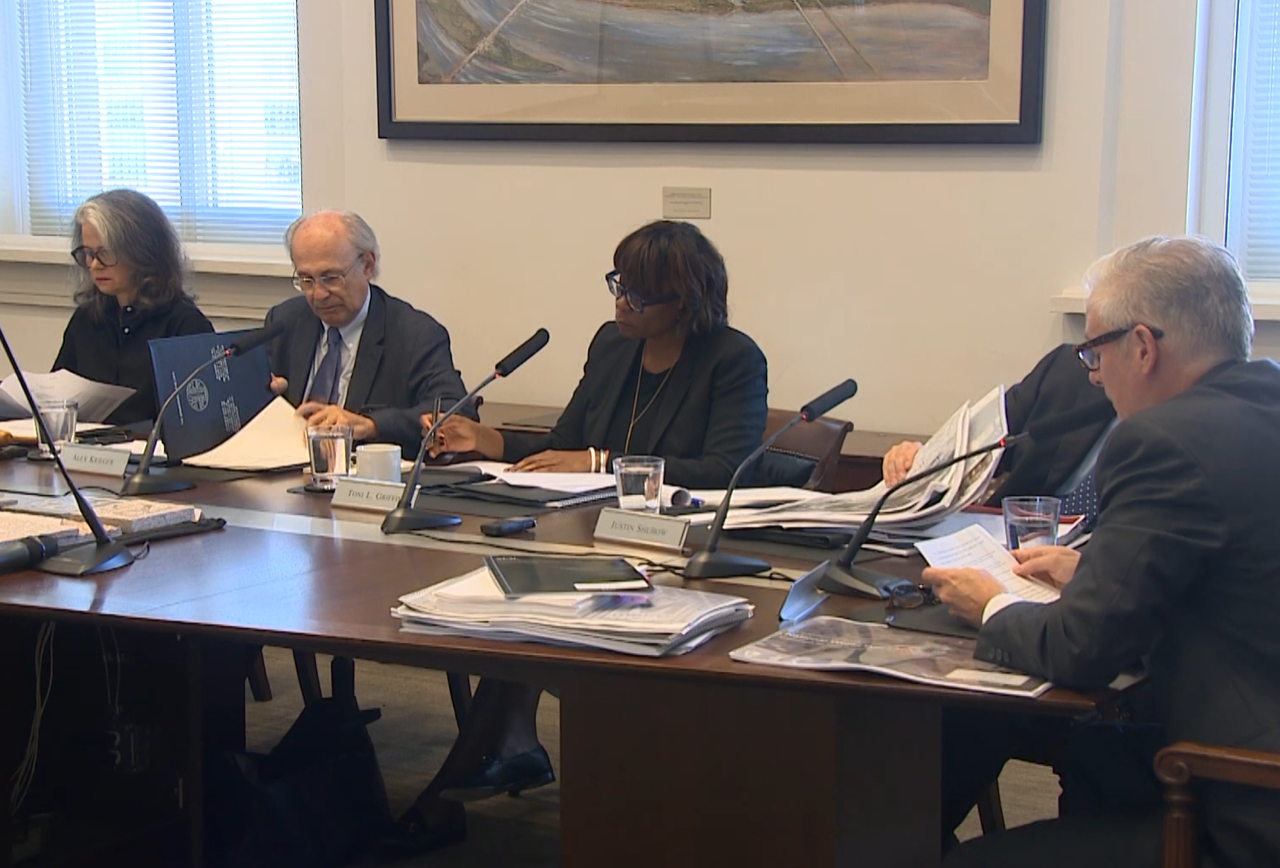 U.S. Commission of Fine Art Commissioners look over the design documents for the new National World War I Memorial in Washington, DC. The Commission approved the final design for the Memorial at their meeting on September 19.