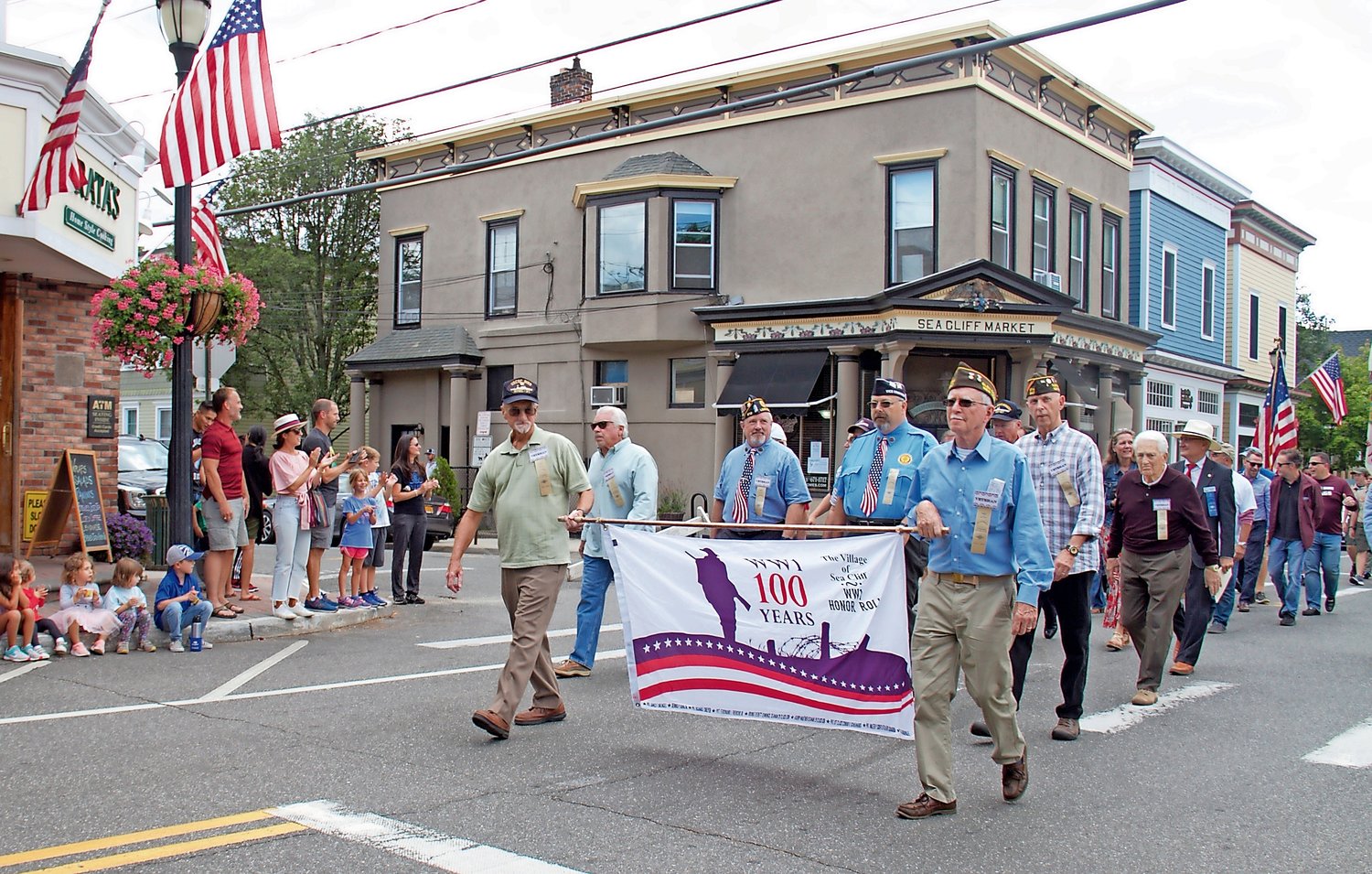 For over a century, Clifton Park has been a hub of outdoor events in Sea Cliff. From games to concerts to picnics, the park has seen it all, as have the eight giant oak trees that stand along its perimeter. Those trees are turning 100 this year: They were planted in 1919, in honor of the eight Sea Cliff residents who died in World War I in Europe. 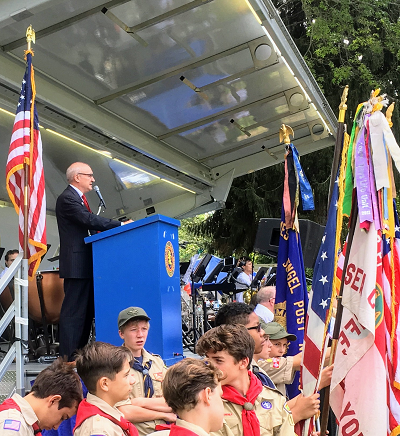 David W. Hamon, Veterans Service Organizations & Military Director for The United States World War 1 Centennial Commission, speaks at the Sea Cliff ceremonies.While the trees are grand tributes on their own, on Sept. 6, 1919, the village celebrated the return of 169 soldiers with a parade and picnic. The soldiers, and their eight fallen comrades, are memorialized on a plaque on the memorial rock in the park.

Hundreds of people gathered on Sept. 7 to celebrate the anniversary of the soldiers’ homecoming. The event kicked off with a parade from the intersection of Prospect and Sea Cliff avenues to Clifton Park. There community leaders spoke to the crowd about the importance of the day and how it symbolizes Sea Cliff’s dedication to its residents past and present. There was a picnic and a visit from Mr. Softee, and the festivities concluded with a concert by the North Winds Symphonic Band and the Sea Cliff Rock Jam Band.

There was fun throughout the day but the theme was paying tribute to veterans. David Hamon, veterans service organizations and military director of the United States World War One Centennial Commission, told the crowd that occasions like this are a fine example of how heroes, and history, should be remembered.

State Sen. Jim Gaughran, a Democrat from Northport, was one of several elected officials and local dignitaries there. Paying tribute to veterans of the past, he said, is also a way to honor today’s veterans, because it shows that they will never be forgotten.

“You look at the size of the rock we put up” for the World War I soldiers, said Ted Kopczynski, vice commander of the James F. Brengel American Legion and the 100th anniversary parade’s grand marshal. “Those men are not forgotten. The Sea Cliff residents who have no idea who they were 100 years later — we’re still not forgetting. That is just, I think, a real tribute to this community.”