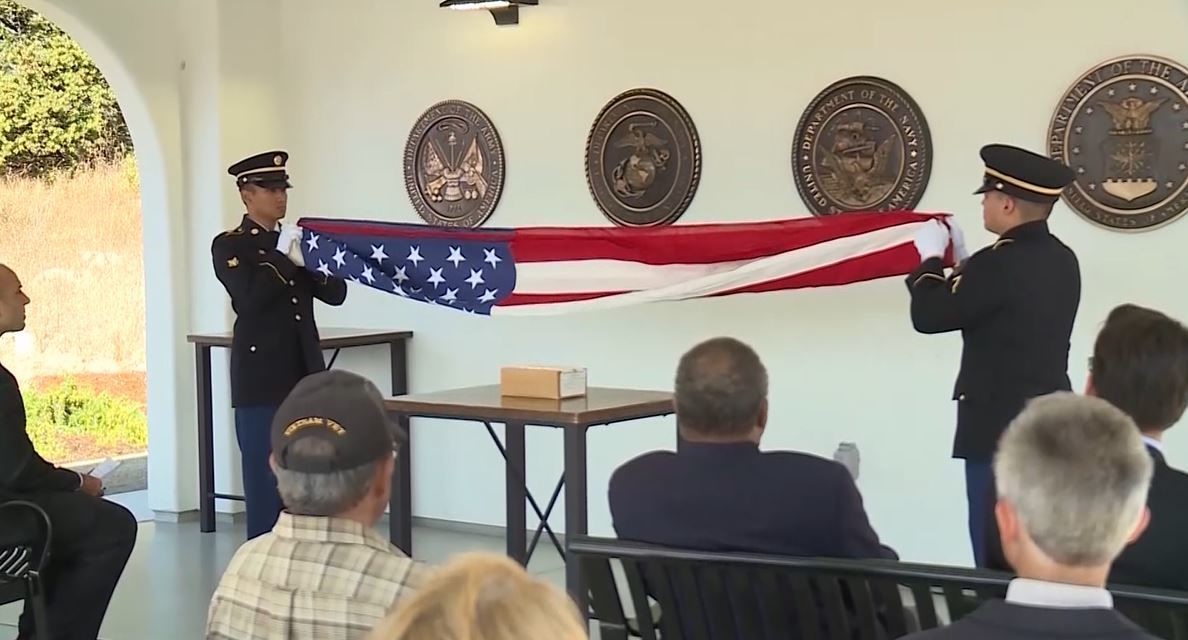 Funeral services for Private Edward Auton Adams at the National Cemetery in South San Francisco. The WWI veteran was finally laid to rest after his remains were discovered in supply closet.

SEASIDE, Calif. (WKRC) - In an office building in California, sat a small, cardboard box. It had been there for almost 30 years.

Contained in that box were the ashes of Private Edward Auton Adams, a World War I veteran who served 100 years ago.

Now, thanks to Attorney Alec Arago, Private Adams has finally been laid to rest.

Arago's story starts back in 2017, when he was on a tour of his new office. His colleague showed him the box of cremated remains. No one knew who the remains belonged to or how they got there.

Arago began to do some digging. He noticed the box was addressed to a cemetery. He reached out to his local congressman's office on the hunch that the remains may be that of a veteran's.

Private Adams was supposed to be laid to rest with his family in the Bay Area, but that didn't happen for some reason, so the remains were sent back to Monterey.

Upon learning about Private Adam's fate, Congressman Jimmy Panetta, who is Arago's congressman, decided that something ought to be done.

"It was basically providing Mr. Adams with the ceremony that he didn't get back in 1991 and he deserves to have, as all our veterans do, those who served be it in WWI or be it in Afghanistan," said Congressman Panetta to KSBW News.

Read the entire article and watch video of the ceremony on the WKRC web site here: