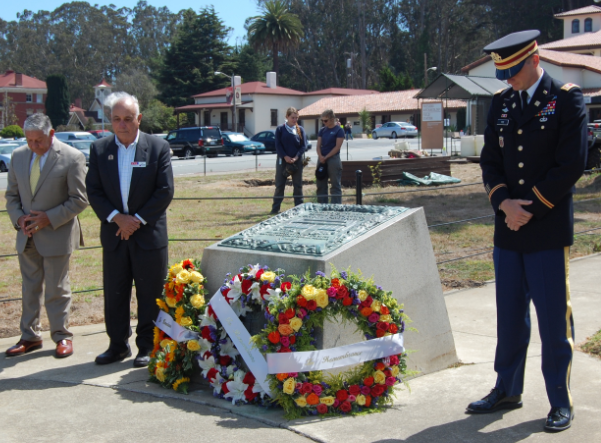 The U.S World War One Centennial Commission joined the World War One Historical Association to sponsor a wreath-laying event on Thursday, August 27 at the former Army post on the Presidio in San Francisco to commemorate the 100th anniversary of the deaths in a fire there of World War I hero General John Pershing’s family.

Gen. John “Black Jack” Pershing’s wife, Helen Frances Warren, and their four children remained at the family’s two-story Victorian house on the Presidio while Pershing made arrangements for them to join him at Fort Bliss, Texas. Plans were almost complete when, after entertaining guests from the World’s Fair late one summer night, hot coals spilled from the family hearth onto the lacquered floor. The house was soon engulfed in flames and Pershing’s wife and three young daughters died of smoke inhalation. The only survivor was their five-year-old son, Warren, who was saved by Pershing’s longtime orderly. 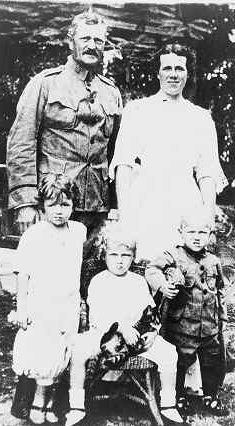 On the morning of August 27th, 1915, Pershing received a telegram informing him of the fire.

”It was the great tragedy of Pershing's life and, after his loss, he devoted himself entirely to his military career,” said Courtland Jindra, an historian and volunteer for the U.S. World War One Centennial Commission.

Although Pershing already had an impressive list of military achievements -- the Spanish- and Philippine-American wars, the Punitive Expedition to Mexico, mentor to future presidents and many great military leaders -- he gained historical fame for his role as the commander of the American Expeditionary Force (AEF) in France during WW I.

American successes were largely credited to Pershing, and he became the most celebrated and decorated American leader of the war. His wartime efforts even resulted in him being promoted to General of the Armies of the United States, a rank created especially for him to honor his service and the highest rank possible for any member of the United States armed forces. 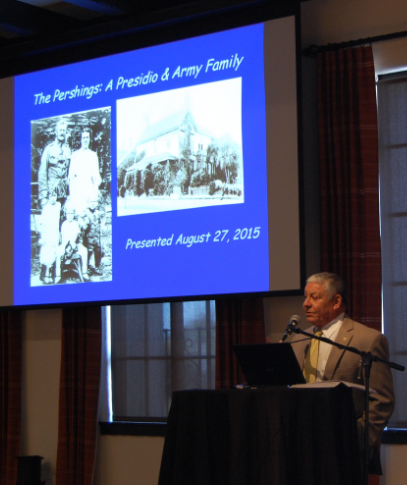 Pershing retired after 42 years of service, but he continued to contribute to military life and was highly committed to his position on the American Battle Monuments Commission, where he oversaw the construction of monuments honoring American soldiers who died in WWI. His work on this commission turned out to be sadly ironic in the nearly 100 years that followed, though, as WW I, once known as “the Great War” and “the war to end all wars,” became the only American war to not have a national monument in our nation’s capital.

In January 2013, however, one hundred years after the start of the war, the U.S. Congress passed legislation to redress this omission by creating the U.S. World War I Centennial Commission. The Commission is responsible for planning, developing and executing programs, projects and activities to commemorate the centennial of World War One, and all Commissioners serve without pay.

The Commission is creating a new national World War I memorial, to, appropriately, be located in Pershing Park on Pennsylvania Avenue, one block from the White House and with a commanding view of the Capitol. The Commission is holding a design competition for the new memorial, which will be paid for solely via donations.

If you are interested in learning more about the U.S. World War One Centennial Commission, or would like to donate for the memorial, please visit their web site at http://www.worldwar1centennial.org.