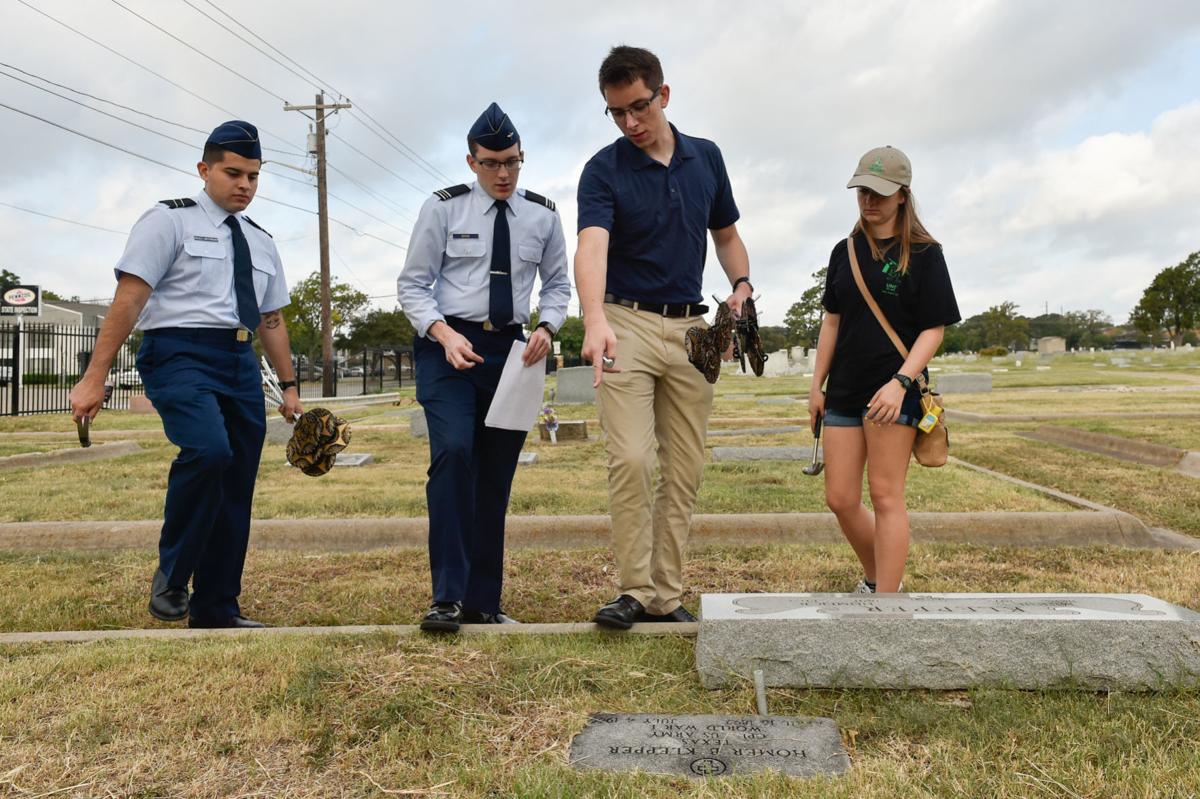 From left, Air Force ROTC cadets Ricardo Iniguez, Colton Estes and Dylan Harris, and volunteer Keegan Van Geem locate a veteran’s grave so they can place a medallion at IOOF Cemetery. Volunteers placed the markers on the graves of 176 World War I veterans graves in Denton.

While one volunteer held down a patriot medallion, another used a bolt and hammer to lodge its stake about 6 inches into the ground next to a World War I veteran’s grave.

Volunteers repeated this process Saturday until medallions decorated the final resting places of 176 WWI veterans at IOOF and Oakwood cemeteries in Denton.

The project is a collaboration between the locally based Texas Veterans Hall of Fame and Historic Denton, a nonprofit making efforts for historic preservation in the city.

Gary Steele, with the Veterans Hall of Fame, said they started with World War I veterans since 2018 marked the 100-year anniversary of the war’s end.

“There’s about 800 veterans in both cemeteries,” Steele said. “Today we’re going to celebrate the 100-year [anniversary]. Our goal is to do all the veterans in these two cemeteries and we’ll partner with other cities to do this.”

Each medallion has a scannable QR code on the back. When the code is scanned with a mobile device, it’ll lead to a page on the Texas Veterans Hall of Fame website about the particular veteran once website development is complete.

Steele said families are welcome to provide biographies for veterans as long as they were born in Texas or lived in the state for at least seven years.

The computer science department at University of North Texas is also working with the organization to create a mobile application where people can find the cemetery where a veteran is buried if they know the city they’re buried in.

Read the entire article on the Denton Record-Chronicle web site.