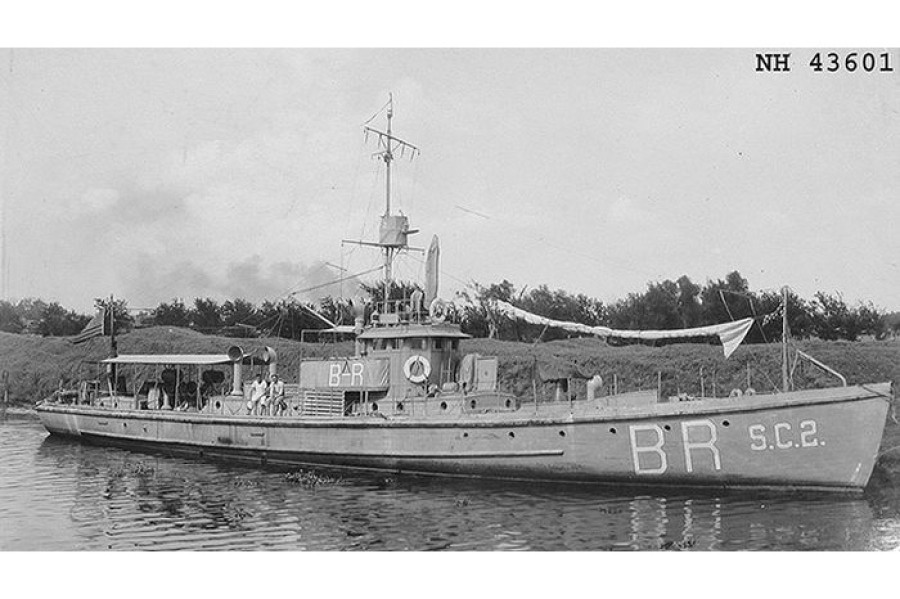 ‘Human nostrils have their limitations’: Why a WWI ship had to retreat from a port visit

By the autumn of 1919, the First World War had been over for almost a year.

But that did not mean that the American military was not already thinking about the next struggle. The armed services needed more recruits and the top brass needed to think of new ways to get more men to enlist.

Why not send some of the heroic boats of the Great War on tour, stopping at cities and towns to drum up some enthusiasm about enlisting?

To Upstate New York the Navy sent Submarine Chaser 245 a 110-foot long ship under the command of Ensign Martin Weisman.

During the war, the vessel had been attached to the Italian fleet in the Adriatic Sea and was used against the Austrian fleet. It carried three stars on her smokestacks, indicating that her crew had destroyed three submarines during the fighting.

Staffed by a crew of 32 men during the war, the boat had a three-inch gun on its forward deck and in the rear was a “Y” gun, in which charges of TNT were dropped onto enemy submarines.

In July, Submarine Chaser 245 toured Lake Champlain and hundreds of people in Plattsburgh came to see it.

In September, 5,000 people saw it in Schenectady and enjoyed the “moving pictures” that accompanied the ship detailing the use and operation of the vessel and showcasing the daily life of a sailor.

On October 6, the ship arrived in Rome via the Barge Canal with crowds on shore waiting for it. Many toured the vessel to get a “look at the craft that gave a good account of itself during the recent war with Germany.”

Then Submarine Chaser 245 turned its sights for Syracuse, where the ship expected to dock in the heart of downtown, at Clinton Square. It was to be there on October 11 for an undetermined length of time, before it moved west towards Buffalo.

But there was a problem.