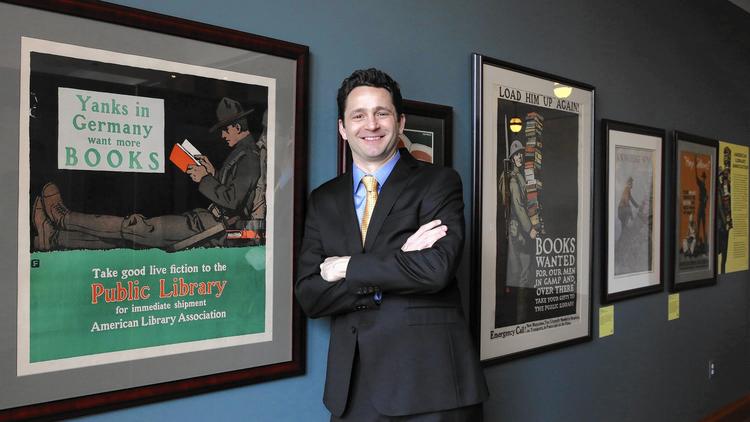 "One thing this does also is establish the Pritzker museum and library as a regional center for World War I activities in Chicago, and makes sure Chicago plays a great role in commemorating this 100-year anniversary," he said.

The donation will kick-start a number of projects, including a coffee table book on war propaganda, a commemorative coin issued by the U.S. Mint, television shows and a traveling train exhibit, said Rob Dallessandro, commission chairman.

Plans for a national memorial in Washington, D.C., are also underway, Dallessandro said. All projects are slated to roll out in 2017, if not earlier.

Some educational materials have already gone out to schools across the country, where in many cases, it will be students' first time learning about World War I, he said.

"Our efforts in World War II eclipsed World War I," Dallessandro said. "And that's OK. It was such a big event in American history, it has taken over American consciousness." But, "all the things we live with today come directly out of World War I," he said, referring to current conflicts in the Middle East and breakthrough inventions like flight, the radio and advancements in medicine.

"The World War I generation are truly the first millennials. They bring America into a new century," he said. "If you talk to somebody (alive during) World War I, they would tell you that anything was possible. They take the nation from a frontier nation and take it into a modern superpower."

Honoring veterans is also part of the effort, Dallessandro said. "We don't have any veterans of World War I (still alive). But we want to honor those people. They don't have a voice anymore."