Town of Tonawanda resident and Navy veteran Derek Sansone, a member of the Milton J. Brounshidle American Legion Post 205, is on a mission to make the National World War I Memorial a reality. 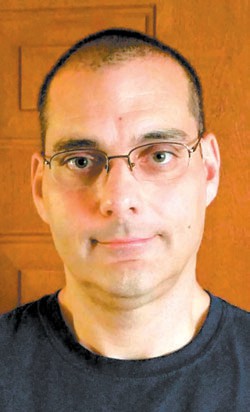 Derek SansoneTo do so, he is holding local fundraisers to support construction of the memorial. Sansone, who does not have a relative who served in the war, said he was motivated to support the cause due to his love of American history and his status as a military veteran.

The post will be taking donations for the Memorial during its annual open house, which will take place from noon to 3:30 p.m. Saturday, Nov. 2, in the post at 3354 Delaware Ave., Kenmore.

“I think when you put those two things together you have an appreciation for what previous generations did to help forge this nation, and especially the service of those who served and sacrificed in uniform for this country,” said Sansone, who served as a chief petty officer in the U.S. Naval Construction Battalion (Seabees) from 1992 to 2009, and at the Niagara Falls Air Reserve Station from 2009 to 2012.

Another motivation for Sansone is education, and he noted the U.S. World War One Centennial Commission’s work to inform the public about the diversity of the American military at the time of the war, the impact of that diversity on American values in the 20th century, and the significant roles that women and minorities played.

“During that time there was a big influx of immigration into the United States, and World War I was also the first war that American women served in uniform in a capacity outside of nurses,” he said. “They’ve been doing a very good job on highlighting the service of women and minorities in World War I, and trying to make the point that service and sacrifice knows no gender, knows no race. Having a daughter I’ve really taken that to heart, because to try and pass on a love of our history in this country to the next generation, it’s not just about guys that look like me. She and other girls out there need to be able to identify with great things in our history, and that’s a piece of the first world war.”

According to the commission’s website, the memorial will be built at Pershing Park on Pennsylvania Avenue in Washington, D.C. The website notes that the revised concept of the memorial it displays was reviewed and approved by the U.S. Commission of Fine Arts in July of 2018, though elements of it are still in progress and ultimate design approval will come from the Commission of Fine Arts, the National Capital Planning Commission, and the National Park Service. Sansone said the commission plans to begin construction as early as this fall.

Read the entire article on the Ken-Ton Bee web site.