Troops marching through downtown New Canaan on Sept. 30, 1919, during a special celebration marking the end of World War I and the return of local men who had served.

Carl Franco’s first thought on unearthing the stash of curled, cracked back-and-white photographs 15 years ago was that they must’ve been taken during a long-ago Memorial Day Parade. 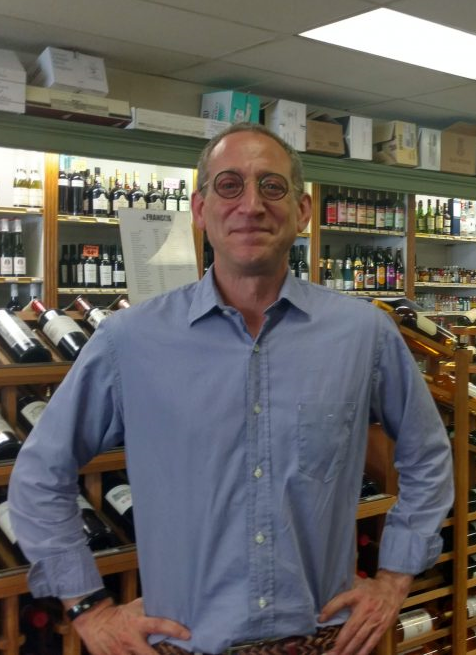 Carl FrancoHe’d been cleaning out his house—which has been in the Franco family since the 1940s—in preparation for a renovation, and came upon the photographs in the attic.

Then he saw that they were dated.

“So I knew it wasn’t May,” Franco said. “It was in September 1919. So I looked it up, wondering what parade would it have been.”

The photos were taken in downtown New Canaan on Sept. 30, 1919—exactly one century ago—and they capture images from a special celebration marking the end of World War I and the return of local men who had served.

Though the armistice that ceased hostilities on the Western Front had been signed the prior November—commemorated thereafter as Veterans Day—New Canaan would wait until that Tuesday in September 1919 to hold what Mary Louise King called “the big celebration” in her local history, “Portrait of New Canaan.”

“Ever since June 1917, when a Solders’ and Sailors’ Fund was started with a benefit in the town hall, New Canaan had been preparing to welcome its returning men,” King writes.

Buildings were decorated with bunting, “horns and confetti proliferated,” and the parade started at 2 p.m., according to King.

“While eight of New Canaan’s wounded veterans rode in cars, some 120 uniformed veterans marched behind Col. Marshall Stearns over flowers children had strewn in the line of march. Among the hundreds of participants were Red Cross ladies in cars and the Women’s Relief Corps. This time the route was short and ended on South Avenue, so that the men could easily reach the ball park where a special game was played.”

At the time of the celebration, the Francos had already been in New Canaan for about 15 or 20 years, and their green grocer, later liquor store, had moved to its present-day Elm Street location from Forest and then Main Street.