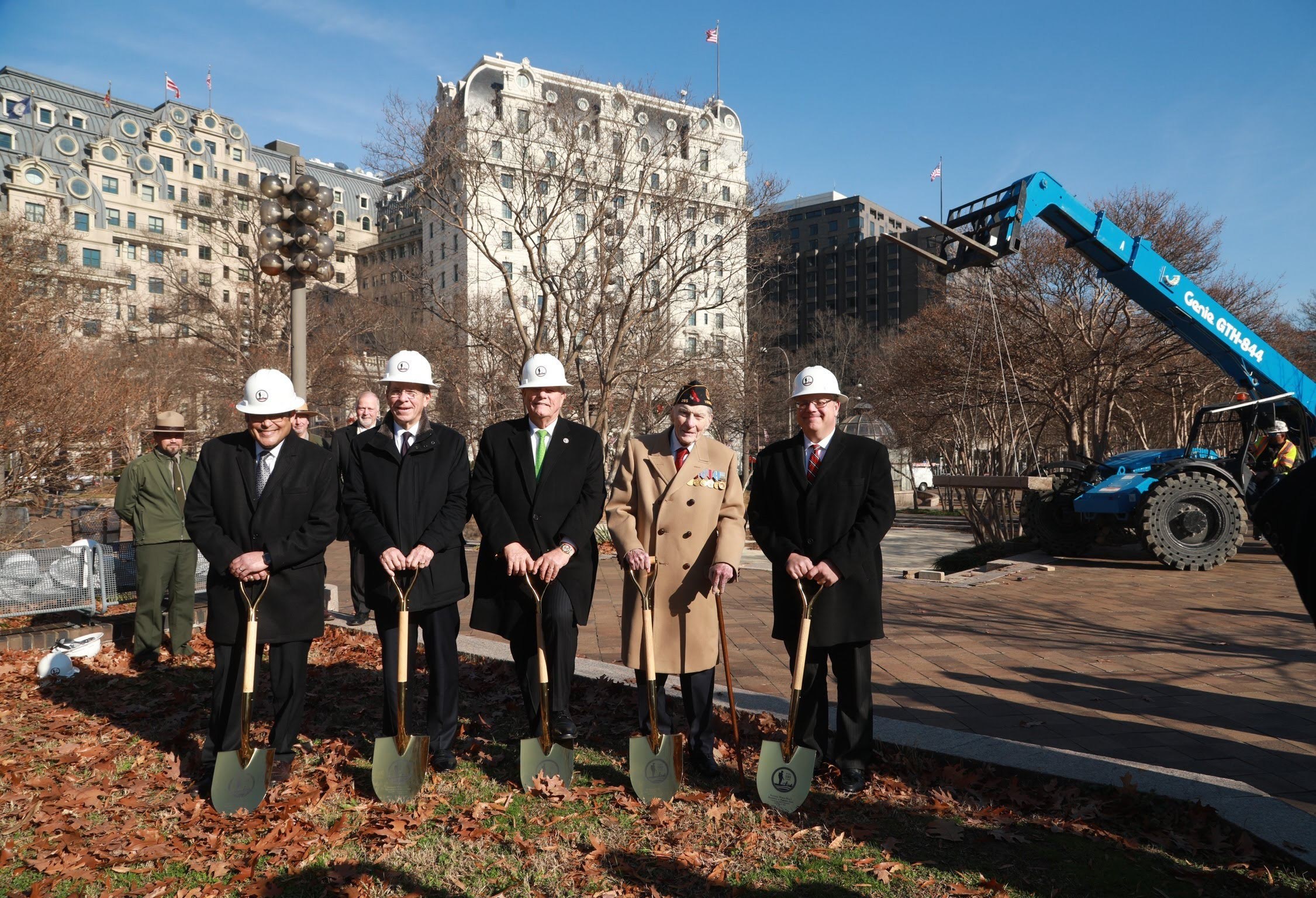 WASHINGTON, Dec. 12, 2019 -- The U.S. World War I Centennial Commission has received a building permit from the National Park Service (NPS) for the first construction phase of the new National World War I Memorial on Pennsylvania Avenue in Washington, DC.

The first phase of construction will be a 360-day project to rebuild the former Pershing Park, and prepare the site for the eventual installation of the Memorial bronze sculpture when it is completed. The building permit was awarded after the Memorial design was approved by the Commission of Fine Arts and the National Capital Planning Commission earlier in 2019.

Chair Hamby was very pleased with the receipt of the building permit and start of construction. "Finally the 4.7 million Americans who left their homes to deploy to a country most had never visited, fight in a war they did not start, and were willing to die for peace and liberty for people they did not know, will be honored at this magnificent spot in our nation's capital," he said.

"Today we began construction of a national monument in honor of the 4.7 million Americans who fought bravely for freedom and liberty in World War I," said Secretary of the Interior Bernhardt. "The new, national World War I Memorial will join the other war memorials in Washington, D.C. each serving as a fitting tribute to the sacrifices that American men and women made to defend freedom throughout the world." 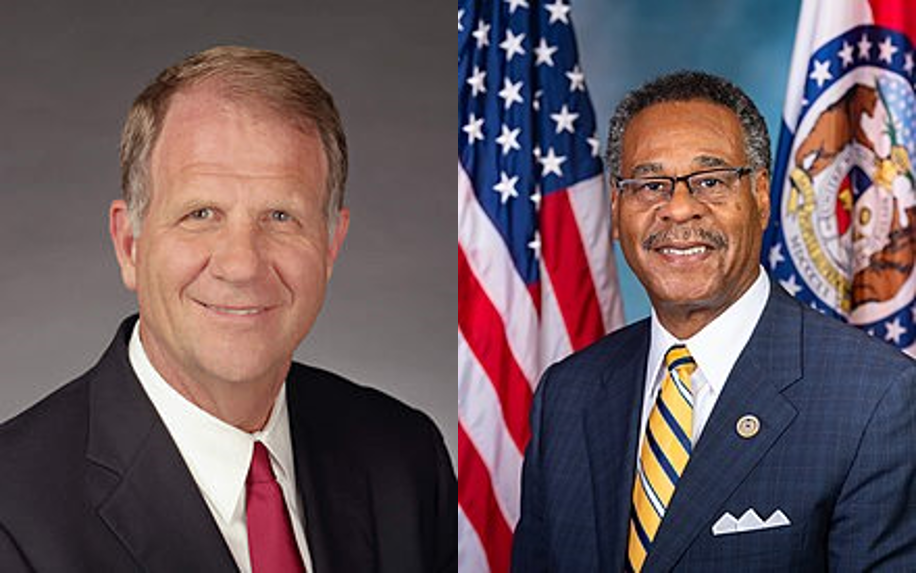 Former Congressman Ted Poe (left) and Congressman Emanuel CleaverKey Congressional sponsors of the Centennial Commission reacted to the news that the building permit has been awarded by NPS.  "I want to thank the World War I Centennial Commission for making this possible through their tireless efforts to honor the heroes who served in World War I," said Congressman Emanuel Cleaver, II. "While their generation is no longer with us, by memorializing those who served in the Great War, future generations will have the opportunity to pay their respects, while getting a solemn understanding of just how costly freedom can be."

Former Congressman Ted Poe of Texas, another of the Commission's original sponsors, lauded the award of the building permit for the Memorial. "They are no more.  But the silent Doughboys of 100 years ago will soon have their lives remembered now that the Park Service has granted the building permit for the magnificent World War I Memorial.  America will finally honor those teenagers who went 'over there' for freedom. After all, the worse tragedy of war is to be forgotten."

"This World War I Memorial provides the opportunity to honor the sacrifices of the fallen, and remember the past so we can create a better future," said Colonel Jennifer N. Pritzker, IL ARNG (Retired), founder of the Pritzker Military Museum & Library, the Founding Sponsor of the Centennial Commission. 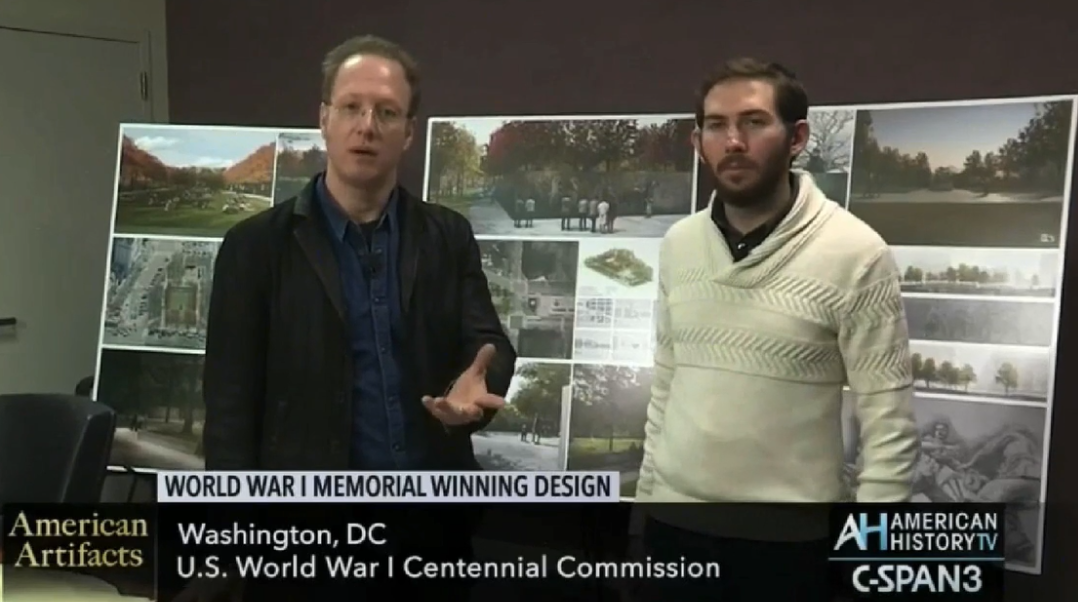 Sculptor Sabin Howard (left) and designer Joseph Weishaar discuss their winning design for the National World War I Memorial during interview by C-SPAN in 2016.The building permit is another key milestone in a five-year campaign that began in 2014 when Congress authorized the Commission to construct in Pershing Park "appropriate sculptural and other commemorative elements, including landscaping, to further honor the service of members of the United States Armed Forces in World War I." The Memorial design of architect Joseph Weishaar, featuring a monumental bronze by sculptor Sabin Howard, was selected as the winner from among five finalists after an international design competition in 2015 which received over 350 entries from around the world. "It's wonderful to see construction beginning at last!" said Weishaar. "It's been a tireless effort by the design team and the World War I Centennial Commission to see this project through and I'm proud of all we've been able to accomplish. This memorial is a century overdue, but here we are, and we're doing it!"

"On behalf of myself and my team, we are so excited that this moment has finally arrived," said Howard. "We are again reminded of the importance of this Memorial in honoring our veterans of the Great War. They can't speak for themselves anymore, but our sculpture will give voice to their sacrifices and their courage."

The Memorial's monumental bronze entitled "A Soldier's Journey" is being sculpted in clay by Howard and his team at Howard's Englewood, New Jersey studio, and will be cast in bronze at the Pangolin Editions sculpture foundry in the United Kingdom before being installed at the memorial site, along with the existing sculpture of John J. Pershing, General of the Armies of the United States, who commanded the American Expeditionary Forces in World War I.  As well as the sculptural and landscape works in the park, the Memorial will feature Extended Reality elements to enhance and extend the visitor experience. 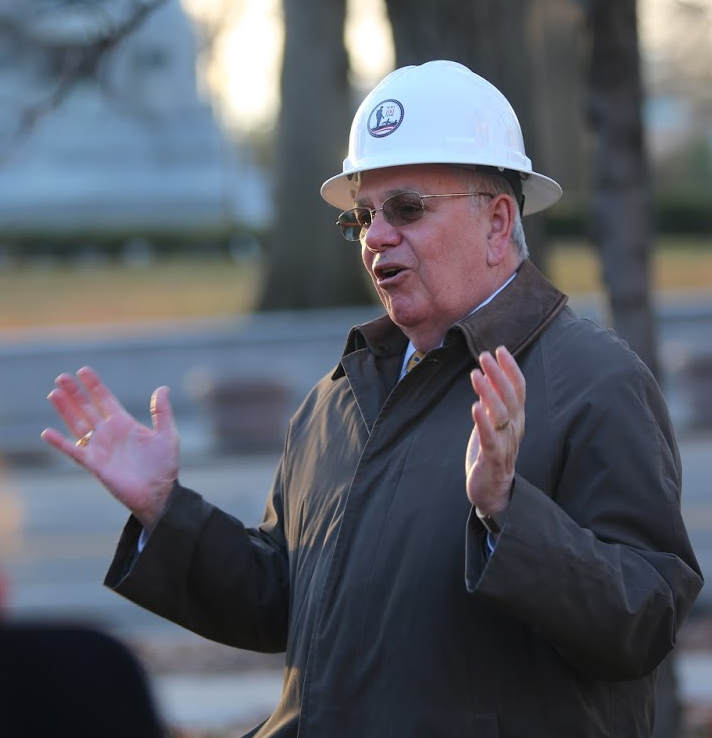 WWI Centennial Commission Executive Director Dan Dayton"We're delighted to be a part of honoring the sacrifice of more than four million Americans who served during World War I with this new national memorial. It will be a beautiful reminder of their heroism, especially the nearly 120,000 soldiers who lost their lives in service to our country," said Chip Scott, president of Grunley Construction.

"The weight, gravity, and significance of the war and the scale of sacrifices made by soldiers and people at home are commemorated through many aspects of the memorial and park's design," says John Gregg, Associate Principal at GWWO Architects. "The revitalization of Pershing Park and the addition of the new memorial features will create a vitally-needed enhanced destination for visitors."

Commission Executive Director Dan Dayton summed up the significance of the beginning of Memorial Construction: "A Century ago, 4.7 million American families sent their sons and daughters off to fight a war that would change the world forever.  Now they will have a Memorial so that never again will their memory fade into obscurity."

A detailed document of the approved National World War I Memorial design is available to the public. The 80-page publication provides a detailed and nuanced look at the new Memorial from broad overview down to minutia including quotes that will be inscribed, surface and stone materials, what kind of plants will grace the park areas, the lighting plan, interpretive elements, accessibility, and more. The document can be downloaded as a .PDF at ww1cc.org/memorial-design. 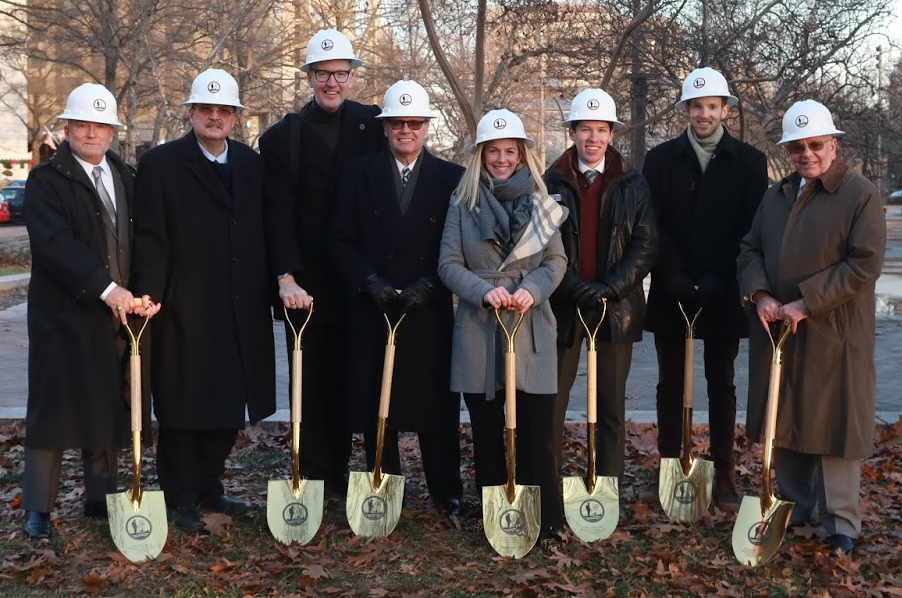 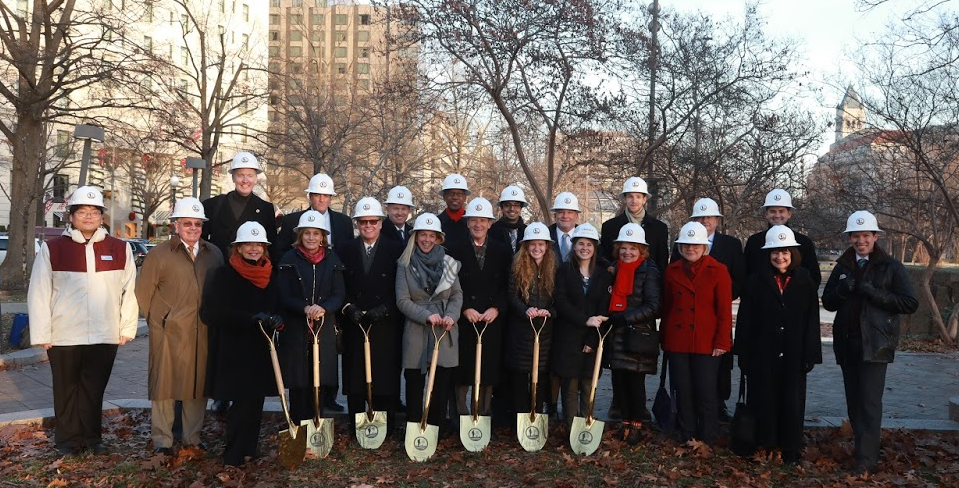 An assortment of Commissioners, staff members volunteers, interns, contractors, and friends of the World War I Centennial Commission gather at the start of construction of the new National Wold War I Memorial.