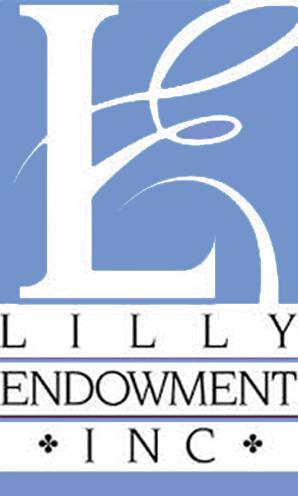 The U.S. World War I Centennial Commission has announced a $5 million grant from Lilly Endowment Inc. to the United States Foundation for the Commemoration of the World Wars (the Doughboy Foundation) in support of the campaign to build the first-ever National World War I Memorial in Washington, D.C.

The Memorial, to be located near the White House on Pennsylvania Avenue at 15th Street NW, will include a 58-foot-long bronze, 38 character wall telling the story of America’s involvement in the war through the experience of a single soldier. Based on the average visitation of nearby D.C. memorials and landmarks, it is anticipated that the Memorial will receive a minimum of 1.5 million visitors per year.

To date, the Commission and Foundation have raised approximately $44 million toward the $50 million campaign goal and the Commission recently received a building permit from the National Park Service (NPS) to begin construction.

“This is a transformative moment in our campaign,” said Dan Dayton, Executive Director of the Commission. “Thanks to the extraordinary generosity of Lilly Endowment and many others, we are now within striking distance of finally honoring the veterans of the First World War in our nation’s capital.”

Lilly Endowment Inc. is an Indianapolis-based, private philanthropic foundation that was created in 1937 by J.K. Lilly Sr. and his sons Eli and J.K. Jr. through gifts of stock in their pharmaceutical business, Eli Lilly and Company.

One of Lilly Endowment’s founders, J.K. Lilly Jr., served in World War I and rose to the rank of captain in the medical supply service of the American Expeditionary Forces. 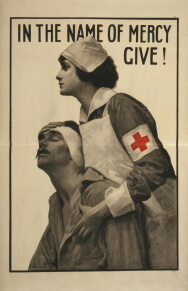 In 1917, partnering with American Red Cross, Lilly set up a medical field hospital in France, staffed by Indiana personnel, to treat wounded soldiers of all nationalities during World War I. Base Hospital 32 would treat almost 9,700 patients in France throughout the war.“This grant to support the creation of the National World War I Memorial, honors the 4.7 million Americans who served our country a century ago in this war, including J.K. Lilly Jr., one of Lilly Endowment’s founders. His experiences in the war had a profound effect on his personal and professional life,” said N. Clay Robbins, chairman, president and CEO of Lilly Endowment. “We are pleased to support the Commission’s efforts to educate visitors to our nation’s capital about the extraordinary sacrifices of those who served in this war and encourage greater public awareness about how its impacts continue to shape our nation and world today.”

Josiah K. Lilly, Jr.With this grant, Lilly Endowment joins the Commission’s "Pershing Society" sponsors ($5 million +) – the Pritzker Military Museum & Library and the Starr Foundation. Other leading foundation and corporate supporters to the Memorial include Walmart, FedEx, General Motors, the Marriott Foundation, the NFL, the Diana Davis Spencer Foundation, the Richard Lounsbery Foundation, and Carnegie Corporation of New York among many others. http://ww1cc.org/donor

The completion of the National World War I Memorial is the capstone project of the Commission, which was created by Congress in 2013 to lead commemorative programs across the country in recognition of the 100-year anniversary of America’s involvement in the First World War. The Commission is supported by its Senior Advisors – including Admiral Mike Mullen, Secretary Leon Panetta, General Barry McCaffrey, and 30 former U.S. Ambassadors – who are actively working to raise the remaining funds needed to complete the Memorial in the coming months.

Lilly Endowment Inc. is a private philanthropic foundation based in Indianapolis. The Endowment was created in 1937 by J.K. Lilly Sr. and sons Eli and J.K. Jr. through gifts of stock in their pharmaceutical business, Eli Lilly and Company. Although the gifts of stock remain a financial bedrock of the Endowment, it is a separate entity from the company, with a distinct governing board, staff and location. In keeping with the founders’ wishes, it supports the causes of community development, education and religion. It funds significant programs throughout the United States, especially in the field of religion, though it maintains a special commitment to the founders’ hometown, Indianapolis, and home state, Indiana.