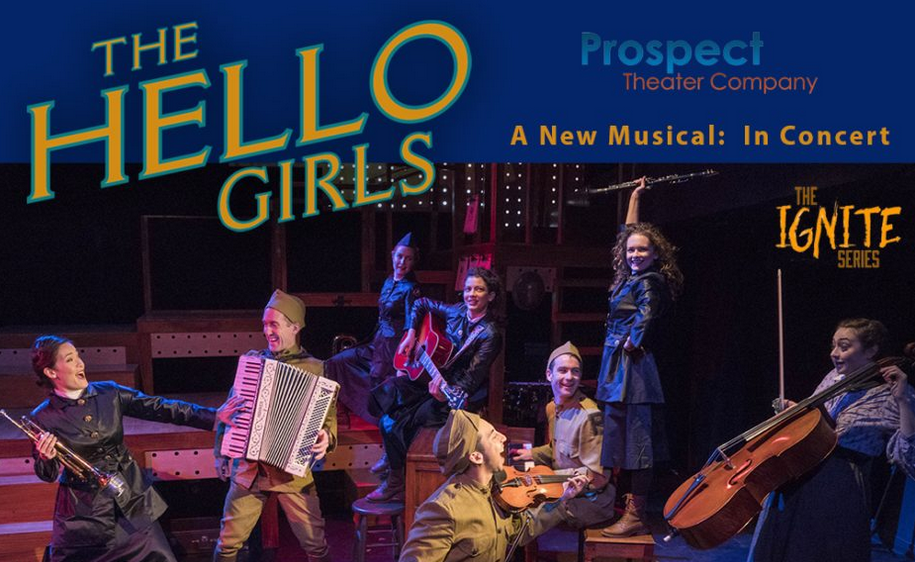 Featuring a critically-acclaimed score, The Hello Girls tells the story of the groundbreaking women who served as the first soldiers in the U.S. Army, during World War I. Prospect Theater Company's original Off-Broadway cast re-unites for this special, one-night-only concert reading of the Drama Desk and Outer Critics Circle Award-nominated original musical!

From New York to Paris, from ragtime to jazz — an ensemble of actor-musicians chronicles the story of America's first women soldiers. These intrepid heroines served as bi-lingual telephone operators on the front lines, helping turn the tide of World War I. They then returned home to fight a decades-long battle for equality and recognition, paving the way for future generations.

Songs from The Hello Girls were performed in concert on the Millennium Stage at the Kennedy Center in Washington, DC in October 2019.

The Hello Girls features music and lyrics by composer and lyricist Peter Mills, book by Mills and Cara Reichel, and direction by Reichel. Music direction is by Ben Moss, and orchestrations are by Mills and Moss.

Prospect Theater Company (www.ProspectTheater.org) is an NYC-based non-profit dedicated to the development and production of new musical theater. The Hello Girls was commissioned in part through a grant from the National Endowment for the Arts.