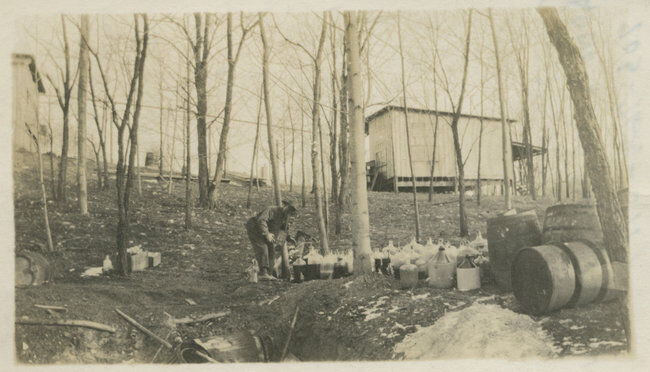 The remains of a World War I chemical weapons testing and disposal site — known as the American University Experiment Station — were discovered in 1993 in the Spring Valley section of Northwest D.C.

The peaceful serenity of the neighborhood surrounding the stately home at 4825 Glenbrook Road, in the Spring Valley section of Northwest D.C., was matched by the potential danger and uncertainty of chemical agents buried beneath it.

Almost eight years since heavy machinery knocked down the first bricks of the home that had been built atop a World War I chemical weapons testing and disposal site — known as the American University Experiment Station — the painstaking cleanup of what’s been called the “mother of all toxic dumps” is entering its final stages.

U.S. Army Corps of Engineers spokesman Christopher Gardner told WTOP that only two small areas remain to be excavated on the property, after tons of contaminated soil and broken glassware with traces of potentially dangerous chemicals have been removed.

“At this point, we’re down to saprolite,” Gardner said. “For all intents and purposes, we’re scraping rock.”

The Spring Valley project began in 1993, when a contractor unearthed buried military ordnance on nearby 52nd Court Northwest. Digging and research indicated the likely presence of mustard gas and lewisite — an arsenic-containing blister agent — under the former home.

Read the entire article on the WTOP radio web site.