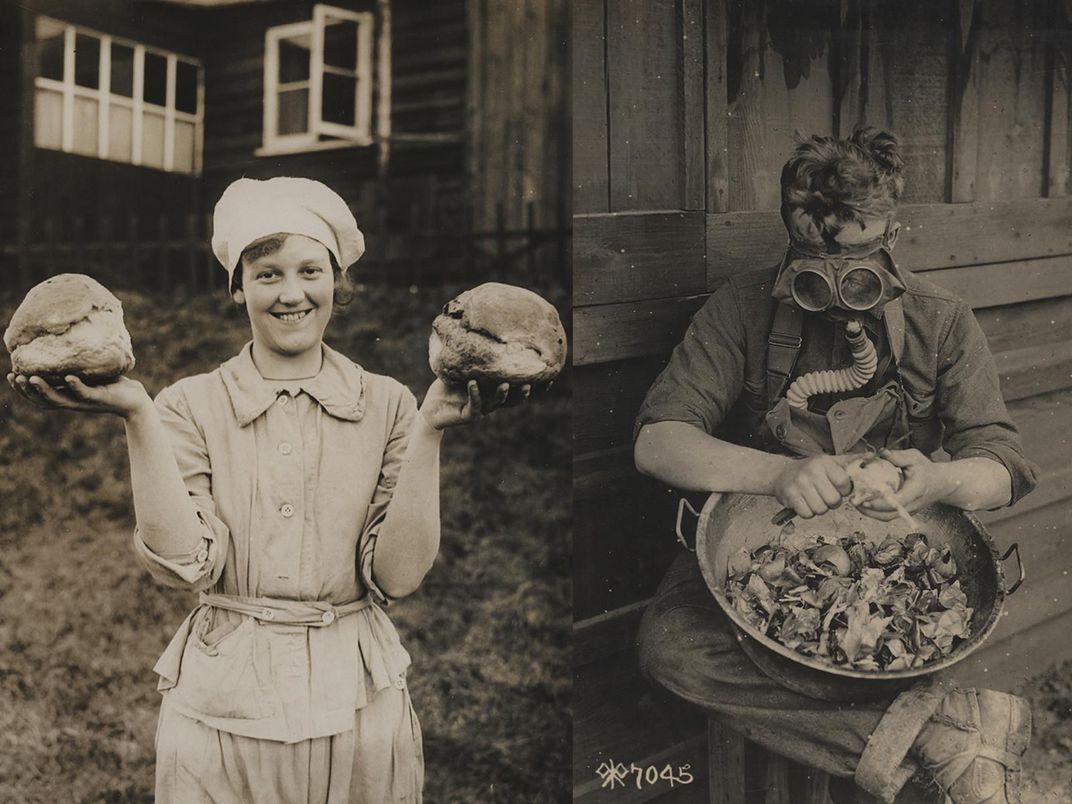 "[W]e again have the collective opportunity to reduce usage of scarce items—both for the community at large and particularly for those on the front line of this crisis," says Lora Vogt, curator of education at the National World War I Museum and Memorial.

By Alex Fox
via the Smithsonian Magazine web site

If you’re running low on flour or getting tired of feeding your sourdough starter, the National World War I Museum and Memorial has some alternative culinary options for your perusal. The Kansas City institution offers a host of online exhibitions, including one dedicated to the critical role that food played during the Great War. Titled “War Fare: From the Homefront to the Frontlines,” the show includes a list of recipes first published in the 1918 Win the War in the Kitchen cookbook, reports Mike Pomranz for Food & Wine.

Win the War in the Kitchen, published by the newly created United States Food Administration (then headed by future president Herbert Hoover), promoted conservation or substitution of ingredients such as meat, wheat, dairy and sugar, all of which were deemed crucial to sustaining soldiers on the front lines. Messages appealing to citizens’ patriotic duty to support the war effort from home accompanied the recipes—a directive one historian says may inspire Americans amid this time of national solidarity.

“While the COVID-19 and World War I/1918 flu pandemic are fundamentally different situations, they have both resulted in shortages of essential supplies, including food,” Lora Vogt, the museum’s curator of education, tells Food & Wine. “The concept was that a person or family’s choice to skip a tablespoon of sugar at the kitchen table meant that sugar—and its calories—could be used to help a soldier go the extra mile during World War I.”

Now, Vogt adds, “[W]e again have the collective opportunity to reduce usage of scarce items—both for the community at large and particularly for those on the frontline of this crisis.”