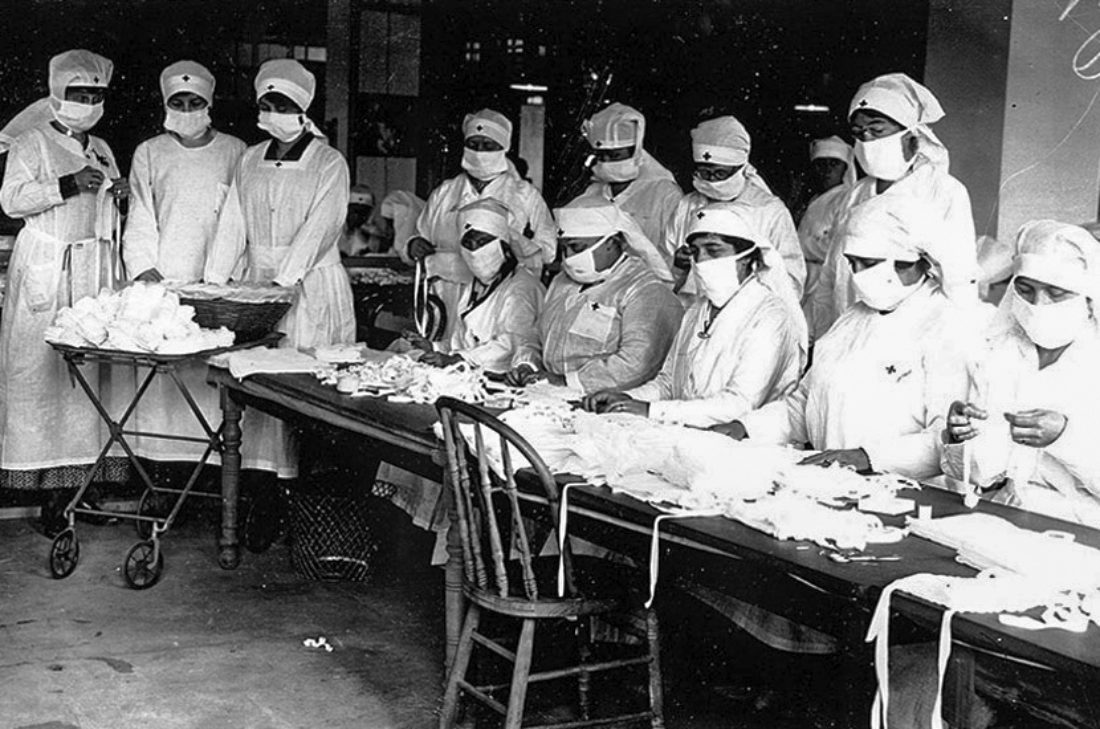 Lives lost and the country at a standstill: A look back back at the 1918-1919 Spanish Influenza and its impact on Phillips and Abbot academies

The Spanish Influenza has been called America’s forgotten pandemic. In the face of this 20th-century scourge, the orderly life of America began to disintegrate as the sudden, terrifying disease destroyed the country’s social cohesiveness. Despite the waves of illness, there also was profound social pressure to forget the widespread catastrophe of influenza and the war and to press on toward the future.

On January 22, 1919, the student newspaper The Phillipian reported, “George Vose ’21 died of influenza yesterday morning at his home, East Eddington, Maine. He was well liked by all that knew him. He fell ill scarcely a week ago, and was expected to recover in a short time.”

The influenza had likely started in Kansas in the winter of 1918, traveled to Europe with American soldiers headed to World War I, and returned with troops to Boston in late August 1918, launching a deadlier second wave of disease. The third wave of the pandemic hit the United States in the winter of 1919. In total between 50 to 100 million people around the world, including 675,000 Americans, died of influenza between 1918 and 1920. Young adults—people in their twenties and thirties in the prime of life—were most vulnerable. The close quarters and rapid troop movements of World War I quickened the spread of the disease and helped it mutate.

Despite the sad loss of George Vose, influenza had a relatively benign impact on Andover and its student body, certainly less impact than World War I. There were 593 students at Phillips Academy in 1919. Musical concerts, club activities, chapel services, and athletic contests on campus were postponed during the fall of 1918, but the 1919 Pot Pourri yearbook and the Mirror student literary magazine did not mention influenza at all. Advocating for extra vacation days, a February 5, 1919, student letter to the editor in The Phillipian outlines the minimal impact of the disease at PA as compared to the war.

During the entire period of the influenza epidemic, Andover kept up her scholastic work while all the other secondary schools in the country, with very slight exceptions, remained closed over an average period of six weeks in the months of October and November, thus giving us a head start over them of that amount of time…. The “Flu”, as we all know, was a terrible calamity…. It came as came all the other misfortunes of war. The War, itself, set us all back a great deal.