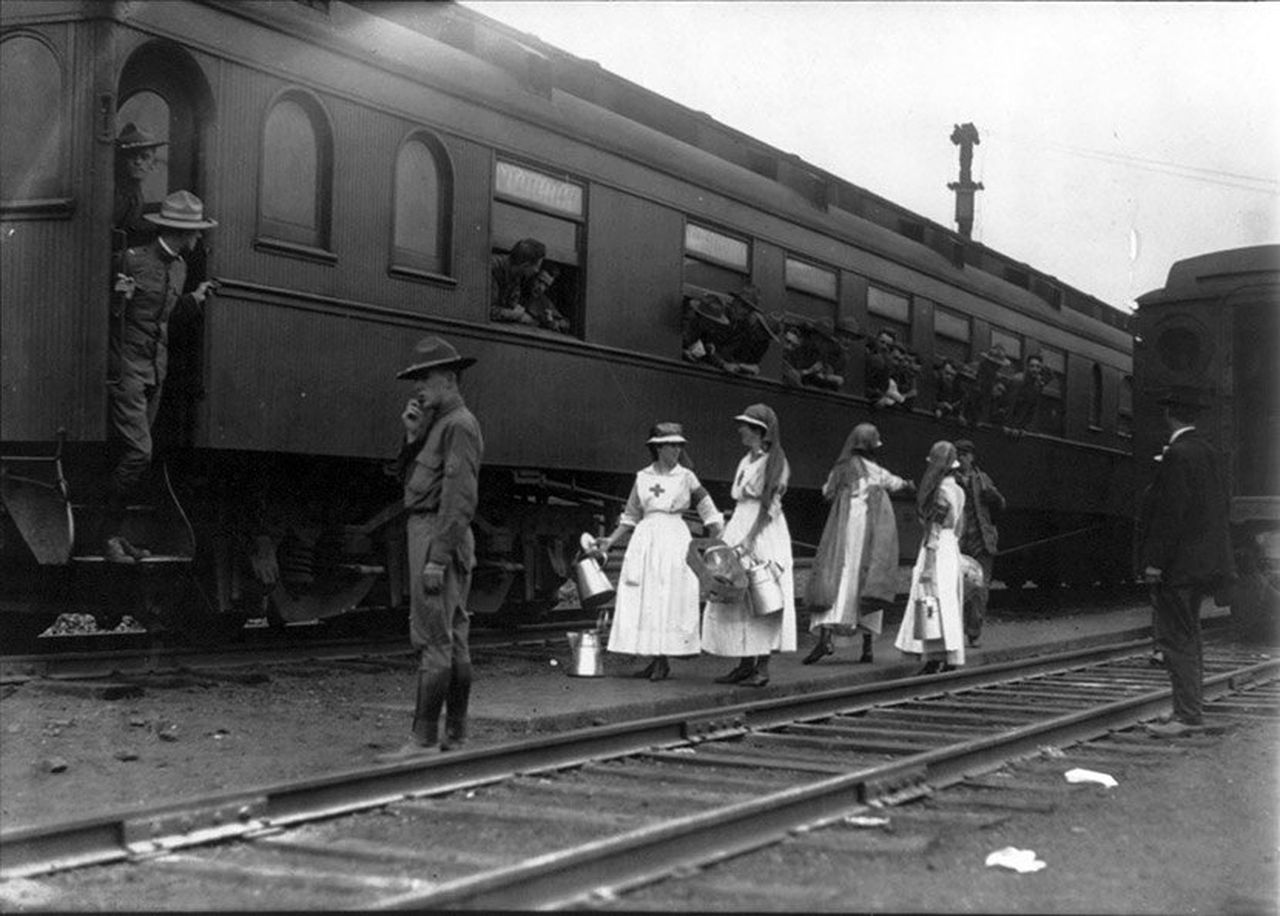 Red Cross workers aid the military during the 1918 flu pandemic. In the period September through November 1918, influenza and pneumonia sickened 20% to 40% of U.S. Army and Navy personnel.

By The Editorial Board
the Cleveland.com and Cleveland Plain Dealer newspaper (OH) web site

The 1918 “Spanish flu” pandemic surged in the military training camps and foxholes of a brutal world war - the perfect incubation conditions for an influenza historians now believe got its start not in Spain, but in U.S. military camps.

The flu first traveled with U.S. soldiers to European battlefields, it is surmised, where in the crowded fighting conditions, it found even more ideal conditions to spread, mutate and become more deadly. It felled young men in their prime, the very demographic of those fighting.

Then, it returned to U.S. shores with these same troops, erroneously called the Spanish flu because of early reporting on the deaths from Spain.

So many soldiers succumbed at Ohio’s Camp Sherman outside Chillicothe that the city tried to barricade itself from infection, but then had to loosen those restrictions as the bodies piled up and makeshift morgues had to be created in the city.

“Camp Sherman quickly became a very dark place during the summer and fall of 1918,” Robertson writes. “About 5,686 military personnel fell ill, with 1,777” eventually dying from the flu.

Read the entire article on the Cleveland.com web site here: