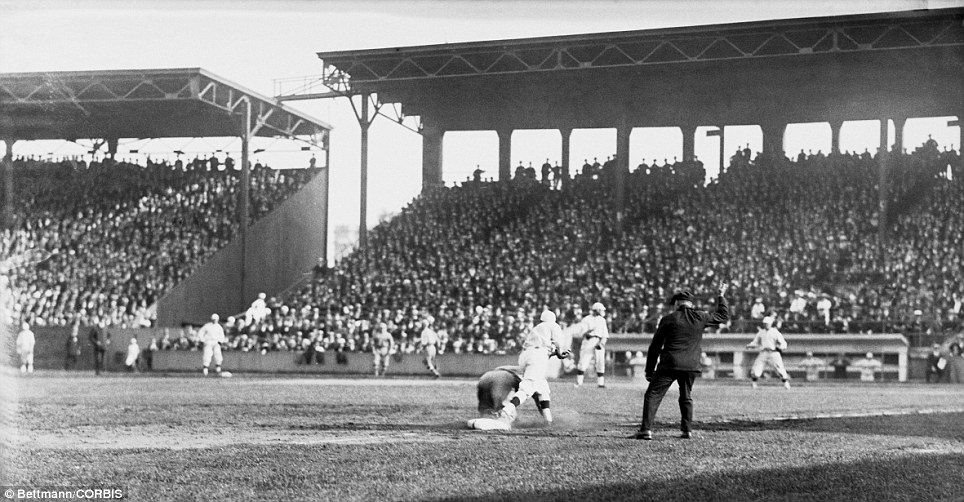 Before the 1918 influenza outbreak hit Camp Sherman during World War I, baseball was in action

By Tim Vollet
via the chillicothegazette.com (OH) newspaper web site

It was late afternoon on Thursday, Sept. 5, and there were two outs in the bottom of the ninth inning of the first game of the 1918 World Series. The visiting American League champion Boston Red Sox were clinging to a narrow 1-0 lead over the National League champion Chicago Cubs.

The sun was out at the Chicago ballpark, but the chilly winds off Lake Michigan had many fans wearing coats, including the numerous uniformed soldiers scattered throughout the bleachers. By the final inning of the pitchers’ duel, many fans had already headed home and the top tier of seats were nearly deserted.

The first two hitters in the Cub’s final at bat had been quickly retired, but the next batter managed to beat out a slow roller to third base, keeping the hopes of the hometown fans alive. Now, the on deck hitter stepped into the batter’s box, kicked up a small cloud of dirt and dug in at the plate.

The Red Sox southpaw pitcher stared into the catcher’s mitt and went into his stretch. He paid little attention to the runner taking a comfortable lead off first base. And just as the big lefty began his motion toward the plate, the Cub runner broke for second base. The hit and run was on!

The Cub’s slugger connected and launched the ball high into the bright blue sky in right field. The hopeful fans rose to their feet, but cheers instantly turned to moans after the Red Sox right fielder settled under the fly ball and squeezed it into his glove for the final out. Game one of the 1918 World Series: Red Sox 1, Cubs 0. The winning pitcher? Twenty-three-year-old Babe Ruth.