National World War I Museum and Memorial Guest Services Associate Joe Saviano working on transcription of a World War I letter home from an American soldier. When the Museum closed due to the COVID-19 pandemic from mid-March through May, the organization reallocated its staff so that a team of 17 employees – largely consisting of those working in guest services capacities – could instead shift their responsibilities to working on transcription.

National WWI Museum and Memorial Announces $125,000 Gift from National Endowment for the Humanities for Digitization/Transcription of WWI Letters

KANSAS CITY, Mo. – The National WWI Museum and Memorial announced a grant for $125,000 from the National Endowment for the Humanities (NEH) to digitize and transcribe letters, diaries and journals from soldiers and family members originated from World War I.

“This gift is essential as it allows the organization to take a major step forward in our efforts to digitize and transcribe our entire collection of letters, diaries and journal entries from the Great War, “said National WWI Museum and Memorial President and CEO Dr. Matthew Naylor. “Making the content from these incredible first-person accounts available is important because it allows people to connect with those who experienced the 20th century’s founding catastrophe.”

Following an application process, NEH grants totaling $40.3 million were issued to more than 300 cultural institutions in all 50 states and the District of Columbia. NEH received more than 2,300 eligible applications from cultural organizations requesting more than $370 million in funding for projects between June and December 2020. Approximately 14 percent of the applicants were funded. Along with the Missouri Historical Society, the Museum and Memorial is one of only two organizations in Missouri to receive a grant through the NEH CARES program.

“Over the past few months we have witnessed tremendous financial distress at cultural organizations across the country, which have been compelled to furlough staff, cancel programs, and reduce operations to make up for revenue shortfalls caused by the pandemic,” said NEH Chairman Jon Parrish Peede. “NEH is pleased to provide $40 million to preserve thousands of jobs at museums, archives, historic sites, and colleges and universities that are vital to our nation’s cultural life and economy.”

The Museum and Memorial, which was specifically singled out by NEH in its announcement, will use the funds to continue its digitization/transcription efforts. By the end of the year, the organization seeks to digitize and transcribe thousands of additional pages of letters, diaries and journal entries.

When the Museum closed due to the COVID-19 pandemic from mid-March through May, the organization reallocated its staff so that a team of 17 employees – largely consisting of those working in guest services capacities – could instead shift their responsibilities to working on transcription. During the closure period, more than 5,000 pages of letters, diaries and journal entries were transcribed, which allows the content to be easily indexed, searched for and translated into other languages.

Thousands of digitized versions and transcriptions of letters, diaries and journal entries are available at theworldwar.org/database. 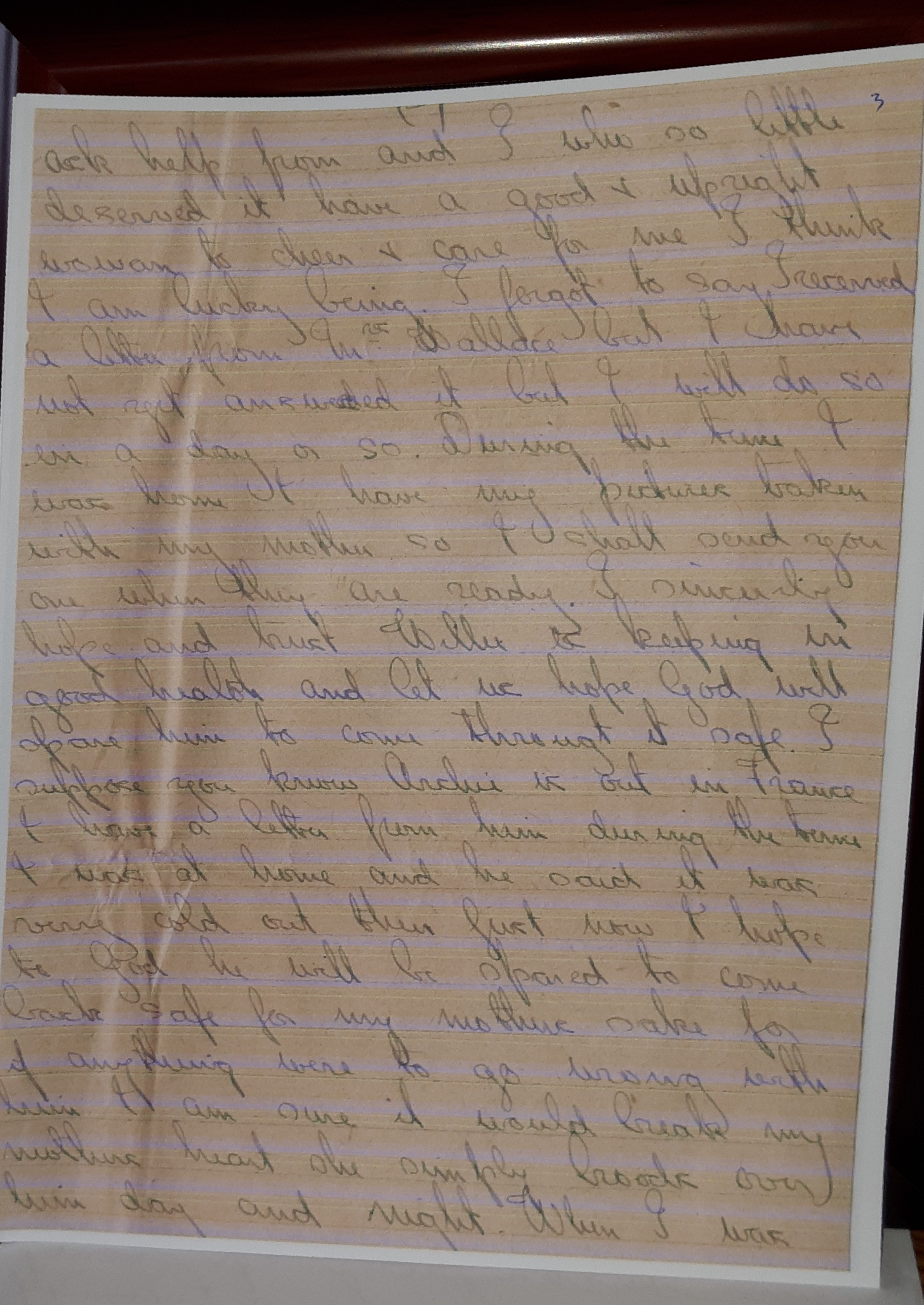 One of the World War I letters that Joe Saviano of the National World War I Museum and Memorial recently transcribed into a digital form.