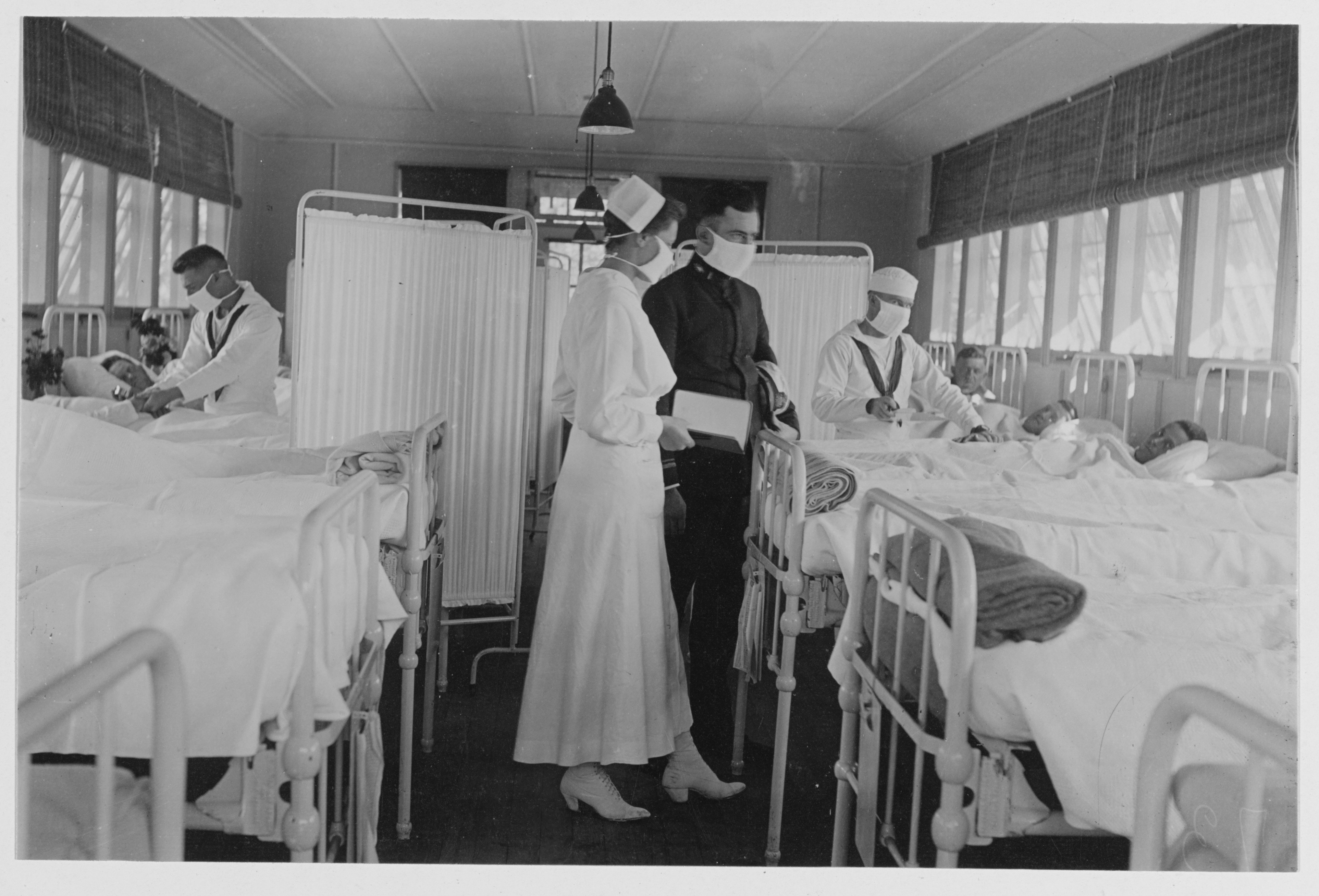 As the 1918 flu pandemic raged, Navy doctors preached that the rawest recruits and most senior flag officers needed to wash their hands often and to isolate the sick from the healthy, medical historians told USNI News.

Despite its best efforts, Navy medicine had mixed success containing the epidemic, the service’s reports from the time show.

In 1918, Naval medical facilities admitted 121,225 Navy and Marine Corps patients with influenza. Of these patients, 4,158 died of the virus. Sick patients spent more than one million sick days in these facilities worldwide.

Navy medical personnel were familiar with smart practices, like decrying sailors’ “promiscuous spitting,” to keep hygiene and sanitation standards high and to reduce the risk of contagion, Andre Sobocinski, the historian manager with the Bureau of Medicine and Surgery, told USNI News.

Medical personnel used circulars and medical notes on outbreaks to keep up to date with best practices. The medical providers studied influenza treatments but also the work to care for patients with pneumonia, diphtheria and meningitis.

Still, even with access to the best information available at the time, Navy medicine had to face the realities of the world around them.

“Crowding is the issue” that causes the rapid spread of infectious diseases, retired Capt. Thomas Snyder, executive director of the Society for the History of Navy Medicine, said in an interview with USNI News.

In World War I America, there were movies drawing crowds, large ballrooms for dancing and huge war bond rallies that fueled the influenza outbreak. By 1918, influenza was helped spread from place to place by the way Americans were moving about the country in much higher numbers than they had at the dawn of the 20th century. Much of this movement is attributed to the wartime movement of soldiers, sailors, Marines, and Coast Guardsmen from training bases to installations to embarkation ports along the East and Gulf coasts for France.

Read the entire article on the USNI web site.